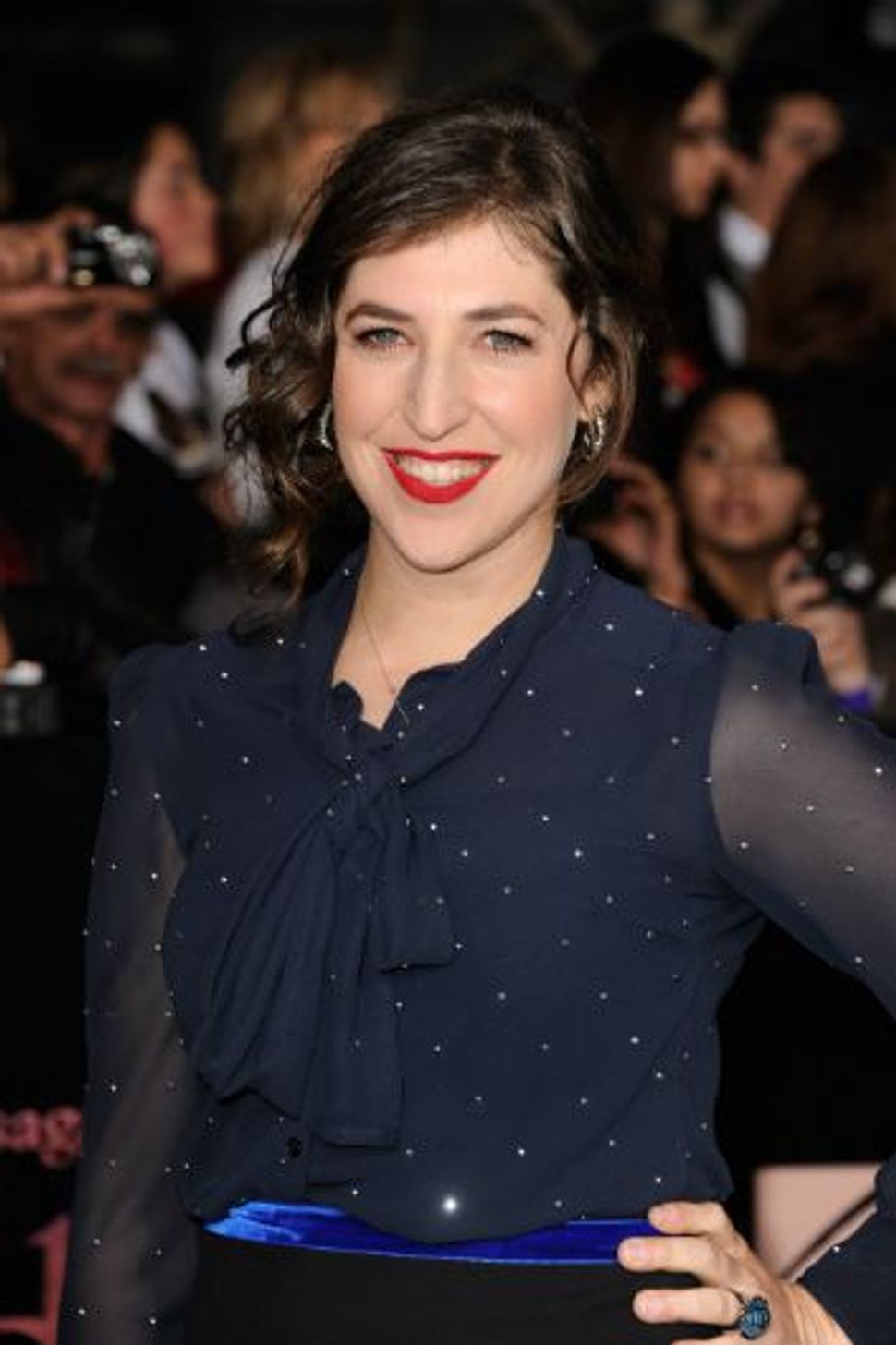 It seems Mayim Bialik is everywhere these days. The doctor of neuroscience stars as the character Amy Farrah Fowler on “The Big Bang Theory,” writes a weekly column for Kveller, and is the go-to attachment parenting expert for NBC’s Today show and others. She even has a book on attachment parenting coming out this spring.

To her fans’ delight, Bialik turned up unexpectedly on Saturday Night Live this past weekend. Well, she wasn’t actually there, but she was there in spirit. Host Zooey Deschanel was a good sport, participating in a skit about her notoriety as the queen of quirkiness (one of the SNL regulars played Deschanel, while Deschanel herself played Mary-Kate Olsen — who everyone knows holds her own in terms of quirkiness). As the two women offer tips on how to be quirky, they pause to honor Bialik. Why? Because the former “Blossom” star is the “founder of quirky girls.”

The camera pans over to a gold-framed portrait of Bialik as Blossom hanging on the wall above some lit candles. A shrine to quirkiness. Nice touch.

The Shmooze thinks the observantly Jewish Bialik probably wasn’t too offended by being made into an icon. If anyone would appreciate such a quirky thing, wouldn’t it be the founder of quirky girls? At the very least, she could just consider this as yet another accomplishment to add to her super-impressive resumé.