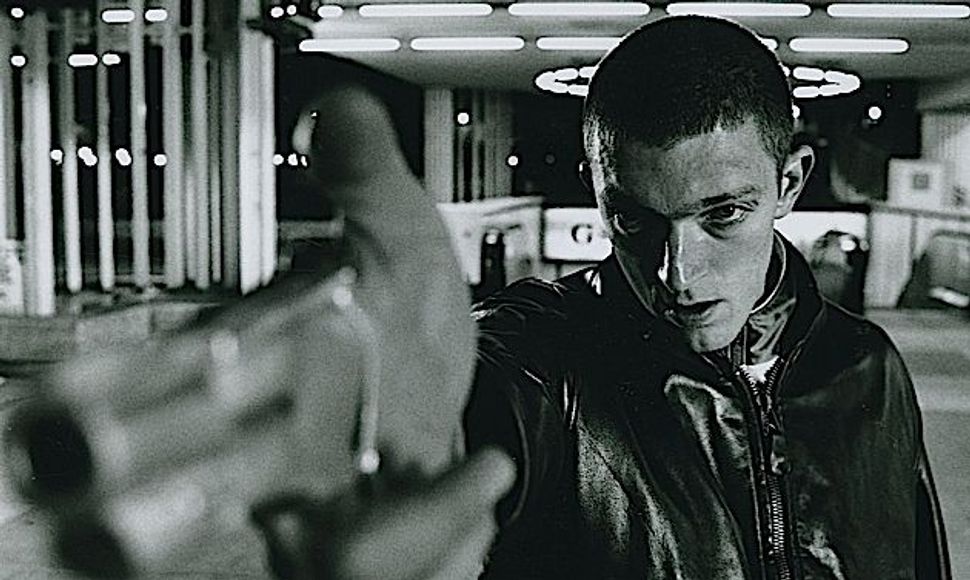 Image by Courtesy of the Criterion Collection

After he reviewed Lawrence Baron’s “The Modern Jewish Experience in World Cinema,” we asked contemporary Jewish film scholar Nathan Abrams for his choice of the best recent Jewish films. Below are his choices (in no particular order) of films over the last few decades that have made a significant impact in challenging stereotypes worldwide.

“La Haine” (France), Mathieu Kassovitz
A French goy playing a Jewish skinhead; a French Jew playing a goyish skinhead. What’s not to like?

“The Governess” (UK), Sandra Goldbacher
That rare creature: an excellent British Jewish film. Beautiful and lyrical with a strong female Sephardic heroine at its heart.

“Black Book” (Netherlands), Paul Verhoeven
Verhoeven does for the Jewish heroine what he did for female serial murderers in Basic Instinct.

[“The Believer” (USA), Henry Bean][1]
A Jewish neo-Nazi, wrapped in a tallit, in a right-armed Nazi salute, while chanting “Va-zot haTorah…” Does challenging cinematic stereotypes get better than this?

“Homicide” (USA), David Mamet
Mamet brings Midrash and Torah to the age-old questions of identity and dual loyalties. You see, you see?

[“Europa Europa” (Germany), Agnieszka Holland][3]
Does for foreskin what Schindler’s List did for the Holocaust.

“Borat” (UK), Larry Charles
Too many scenes to mention but “the Running of the Jew” has got to be one of the most imaginative Jewish moments ever conceived.