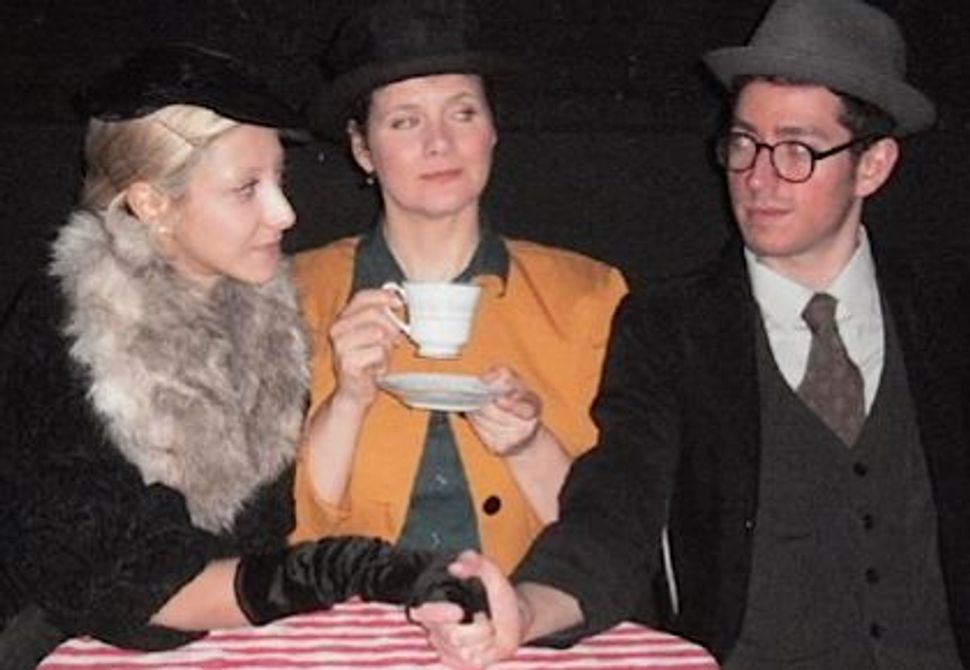 In the 1920s, a Polish Jewish lesbian immigrant named Eve Adams (born Eva Kotchever) owned and operated a tearoom on the block that showcased the work of local writers, musicians and poets. Now Barbara Kahn’s musical, “Unreachable Eden,” which opened February 9 at Theater for the New City, tells the heartbreaking tale of Adams’ deportation from her adopted country, and her struggle to return in the years leading up to the Second World War.

“Unreachable Eden,” a stand-alone sequel to Kahn’s previous piece, “The Spring and Fall of Eve Adams,” has its heart in the right place. Adams’s story is full of love and loss, and peppered with bohemian energy. Where this production falls flat, however, is in its structure.

In an attempt to be cinematic the play ends up feeling oddly staged, with technical elements overshadowing the story and preventing it from progressing at the appropriate pace. The story should build in energy, pressure and size until we are faced with the harsh reality of Adams’s fate. But this production tries to do too much, and both the writing and acting end up lagging where they need to soar.

Kahn’s attempts to inject music into the piece further impede the plot progression and do little to elucidate character. The pre-recorded music and straightforward lyrics take an audience, otherwise invested in Adams’s struggle, out of the piece entirely. Only Adams’s eleven-o’clock number, “One More Day in Eden,” seems to illustrate a point of view.

There is no question that Eve Adams was a courageous and brilliant woman. She worked tirelessly to support the careers of the artists in her circle, and was a progressive mind when in came to taboos surrounding female sexuality. All of that is hidden in this production, however, which could use a strong editorial eye to mine the pith out of the excess. Ultimately, the story of Eve Adams should reflect who she was: solid, straightforward, and beautifully bold.