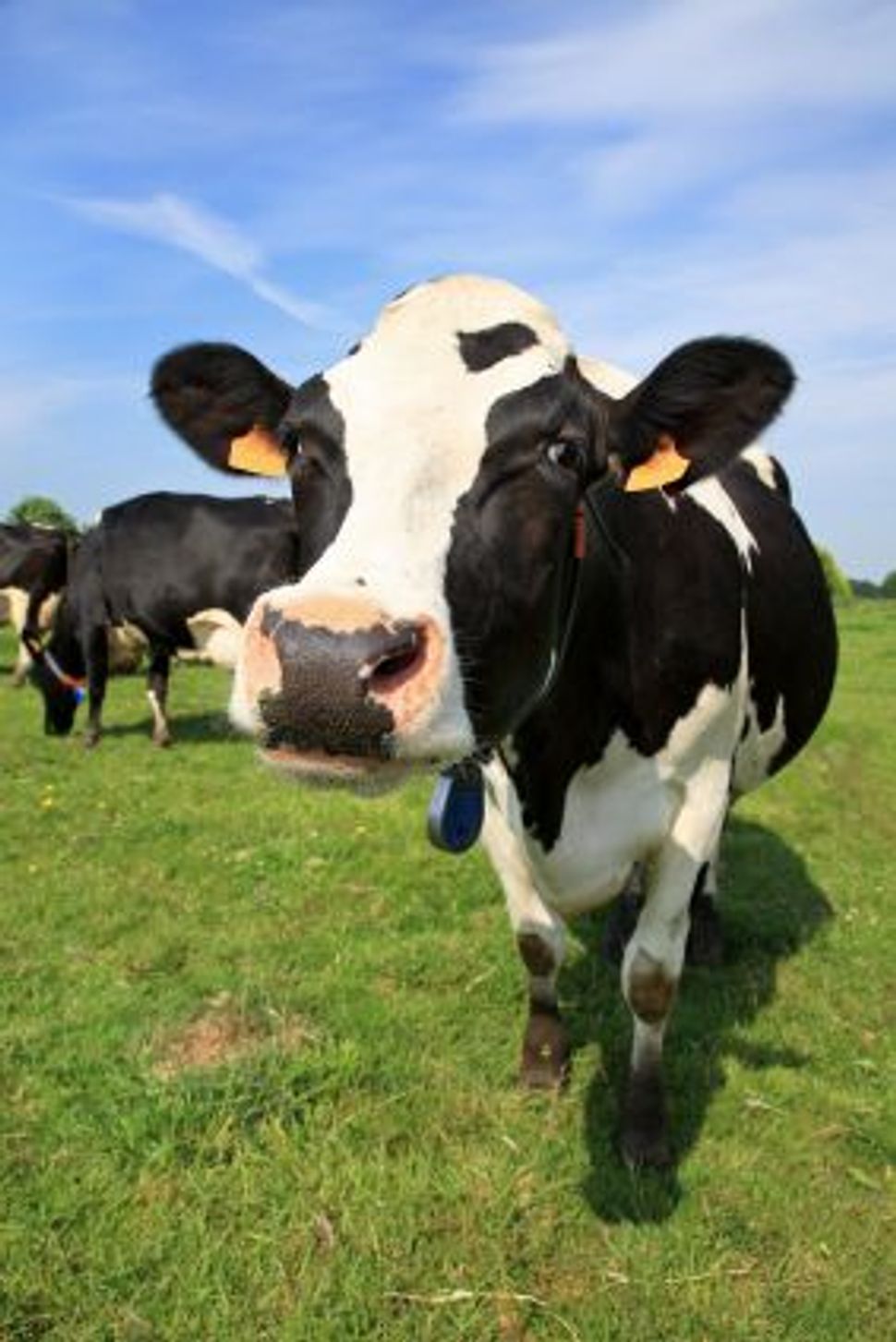 It’s the ultimate guilty pleasure here in Israel: “Big Brother.” As always, the contestants are having a ball, but the current season seems to be arriving upon increasingly bizarre situations.

Keen to set increasingly off-the-wall “challenges” for contestants, the producers wanted to bring a cow in to the contestants’ house. But it seems that the Agriculture Ministry has come to the same conclusion that many Israeli viewers (and maybe the cows) reached, too: Reality TV stars are okay from a distance, but don’t let them get too close.

“On the program, the cow was supposed to be milked by hand, by persons who are not experienced; and it was to be surrounded by a large number of participants,” ministry official Nurit Zippori-Barak told Haaretz, explaining why the officials blocked the bovine plan.

This comes less than a week after officials in one of the largest West Bank settlements, Ariel, turned their attentions to the program. Contestant Saar Szekely, an artist from Tel Aviv, was highly critical of Israeli settlement policy, and the Ariel municipality was quoted in the Hebrew press strongly criticizing the program for enabling him to air his views.

Meanwhile, in an ongoing court case concerning an earlier series,, the program is being sued, believe it or not, for letting a contestant take a Bible in to the bathroom. The plaintiffs argued that “the Bible is the holiest book in Judaism, and reading it in the bathroom insults and demeans the faith and feelings of many Jews.”