Friday Film: Not Quite ‘The Karate Kid’ 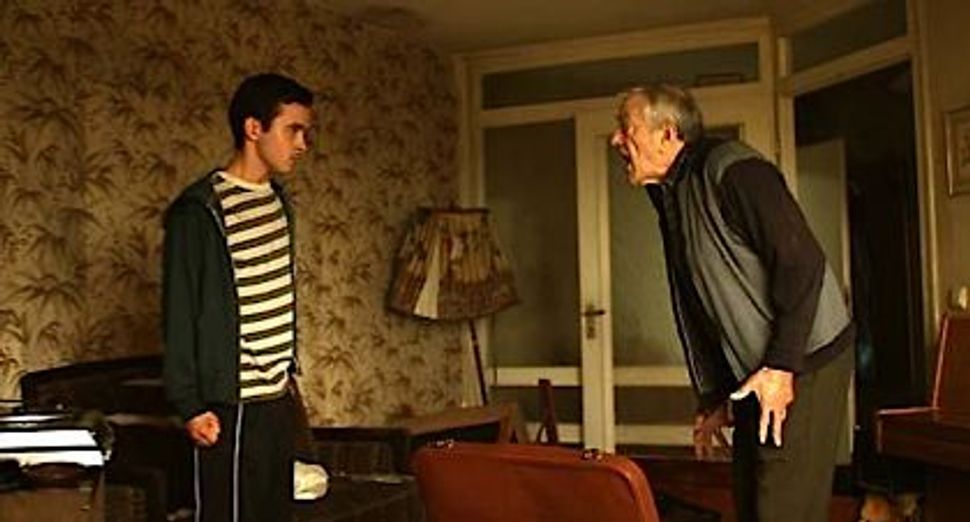 The film tells the story of Ali (Neil Belakhdar), a Muslim teenager whose family is newly arrived to Berlin from a Palestinian refugee camp. Despite being a sensitive, kind boy with excellent grades and a penchant for drawing, he soon falls in with a gang of Muslim teens from his housing project. You’ll recognize them from any number of films involving teenagers; they’re the type of group whose brazen, boneheaded cruelty defies both logic and the nice, non-insane protagonist’s association with them.

They convince Ali to help break in and destroy the flat of his upstairs neighbor Aleksander, an elderly Russian Jewish war veteran played by Ryszard Ronczewski. Ali alone gets caught, and, as penance, must spend his afternoons helping Aleksander repair the damage. His assistance is well timed: Alexander is also working to convince a pesky social worker that he doesn’t belong in a nursing home.

The two characters hate each other at first: Ali because he was brought up to mistrust Jews; Aleksander because Ali wrecked his home (and he isn’t too crazy about Muslims, either). But they soon begin to tolerate, and eventually to cherish, each other’s company. Ali paints Aleks’s walls a cheerful turquoise and replaces his destroyed photos with carefully rendered drawings; Aleks teaches Ali to fight.

It’s to the credit of the actors and the director that this recognizable premise doesn’t devolve into dull predictability. Kashin does well to ensure that the blossoming relationship between his two central characters feels completely natural. Both Aleks and Ali are infused with such warmth, nobility, and humor that it’s easy to see how they can’t help but like one another. Ronczewski in particular has a delightful character to unpack, and he makes the most of it. Aleks is simultaneously the saddest and funniest guy on the screen, rocking a killer pair of sunglasses and cracking snide jokes with his posse of fellow retirees at a veterans’ meetup.

Another strenghth of “Kaddish” is that it avoids a larger debate about Jewish-Muslim relations. Those cultural grievances are broached, and inform the enmity-turned-friendship, but the film never forgets that this is the story of two individuals. This central friendship outshines all others, including Ali’s fraught relationship with his volatile father. When Ali and Aleks are apart, you’ll be waiting for them to get back together.

Friday Film: Not Quite ‘The Karate Kid’