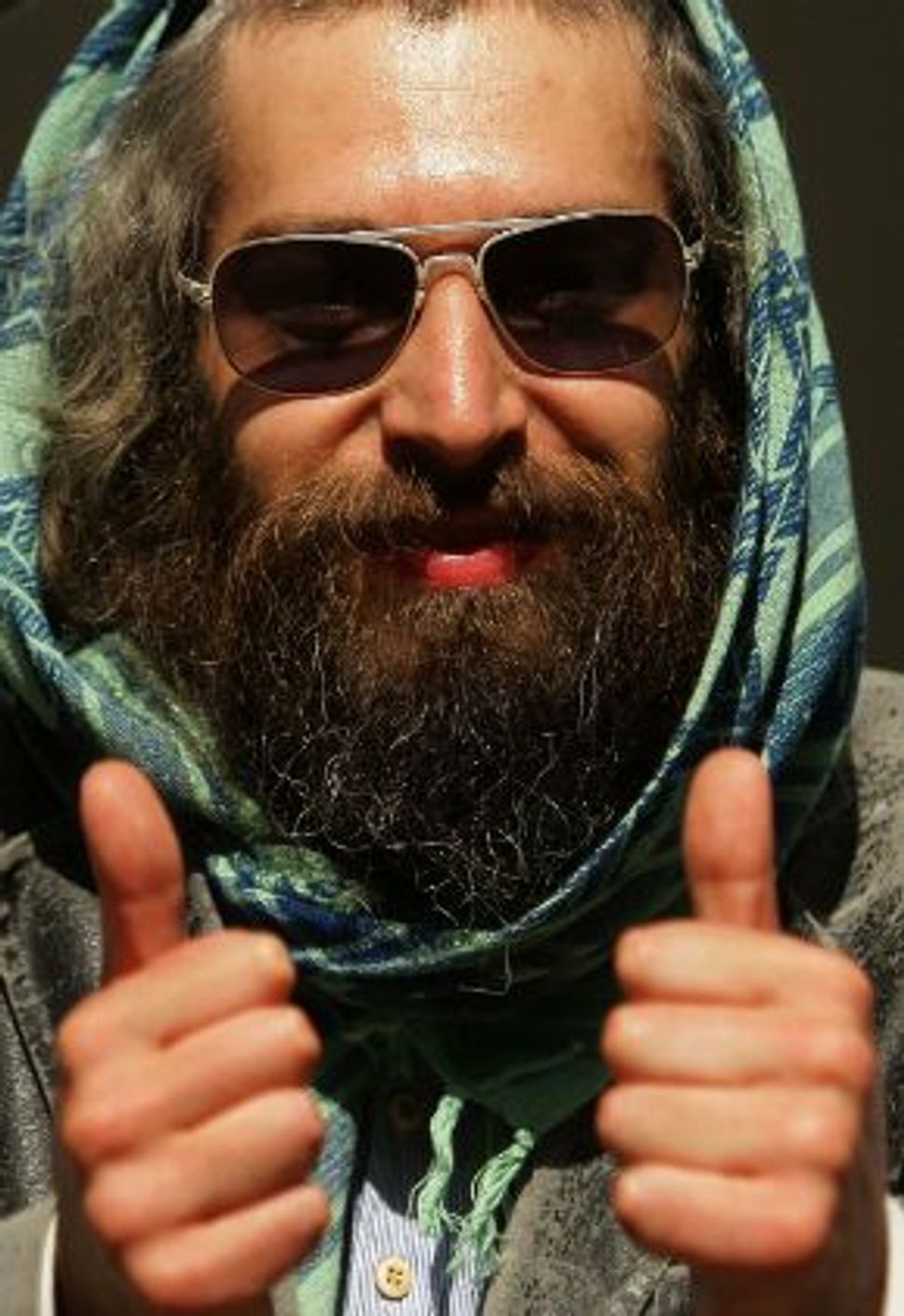 Matisyahu in 2010, with full beard Image by Getty Images

Reggae star Matisyahu had two surprises in store for concert-goers who had come to see him perform at The Tarrytown Music Hall on February 16.

The first was the re-growth of his beard. No sooner had the singer’s famous facial hair disappeared than it was back again — though it will obviously take a while for it to reach its prior Hasidic-style length. Either Matsiyahu simply got tired of shaving or he has had a religious change of heart…again.

The second special treat for the audience was a guest appearance on stage by a young boy named Luke Weber, who sang the megahit “One Day” with Matisyahu. The bald Weber, who is suffering from a serious illness, belted out the hope-filled lyrics, “Sometimes in my tears I drown/but I never let it get me down/So when negativity surrounds/I know some day it’ll all turn around,” as his music idol put his arm around him and sang along. The duo’s outfits were even color-coordinated, with Matisyahu’s velvet yarmulke matching Weber’s reddish-brown jersey.

It was clear that the standing ovation at the end of the performance was for Weber, and that the gracious Matisyahu, who gave Weber a hug, was very pleased about it. As an introduction to a video of the performance, Matisyahu posted on his official Facebook page: “Moments like this are why I create music. My new friend Luke, who’s been pretty sick, came onstage and sang ‘One Day’ with me at an event on Thursday night.”

Weber’s appearance onstage with Matisyahu was a dream made possible by Chai Lifeline, an organization that offers financial, social and emotional support to children battling serious diseases and medical conditions.