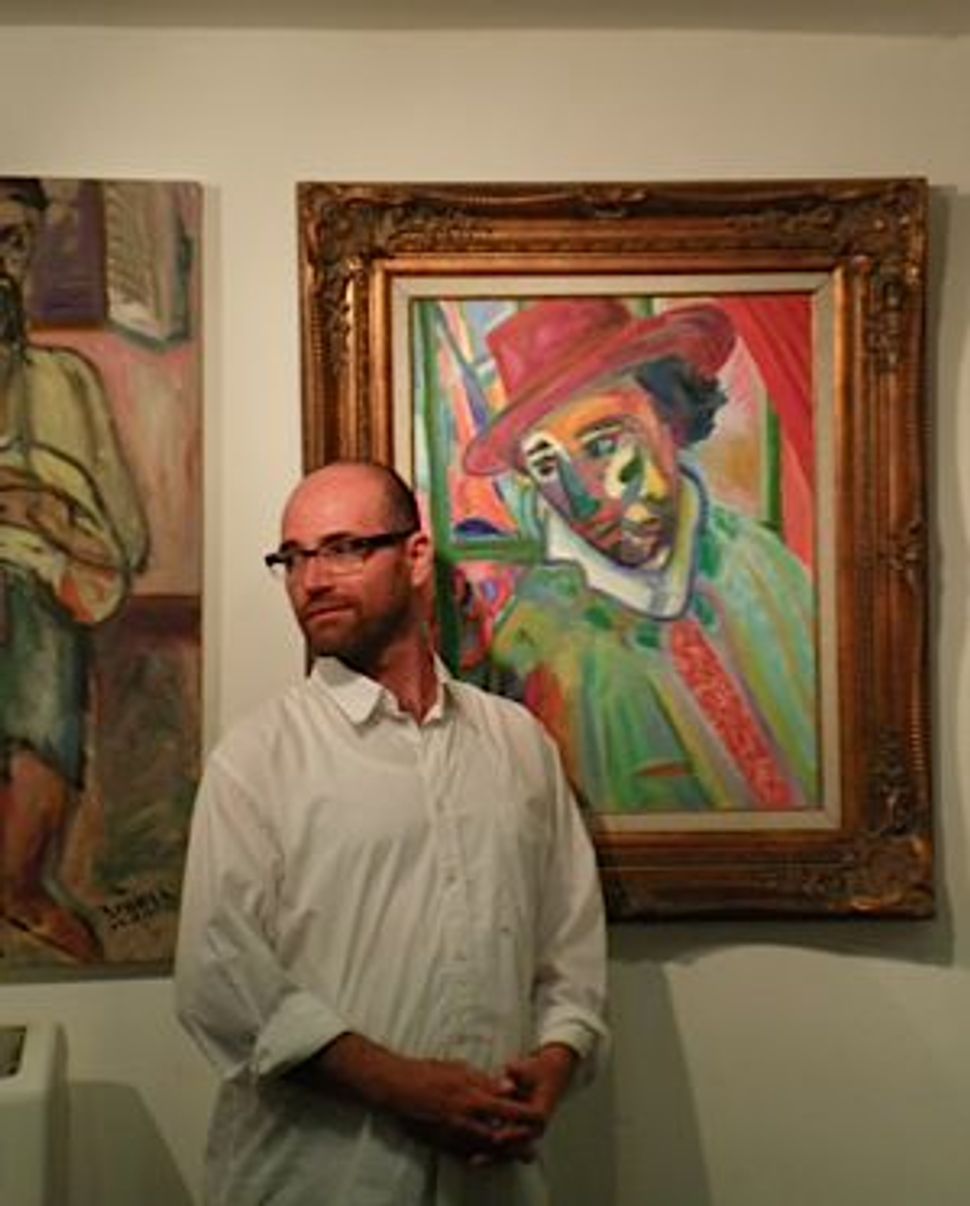 Rossano, a neo-impressionist painter who has been developing a reputation in Israel and abroad, conveys the commonality of music and painting through the entertaining images of his oil-based works. Over the past few months Rossano’s paintings have gone to auction in both Paris and Tel Aviv, first at Pierre Cardin’s Salon Business Art Espace in October, followed by the Montefiore and Tirosh auction houses in Tel Aviv in November, and at an AIDS victim benefit auction in December organized by Bank HaPoalim.

“My works are an attempt to put into painting something that is part of the internal world that contains the identity of a person. Similar in a way to music, though you cannot capture music on two-dimensional canvas,” Rossano said.

As a visual artist, Rossano places himself in dialogue with the French impressionist painters of the late 19th century. He adopts in his works some of the impressionists’ favored stylistic devices, in addition to more subtle influences from 20th-century modernist movements. Doubled eyes are used as a metaphor for spiritual searching and internal tension, while the dissolution of people and objects into the background creates the impression of a fleeting image moving in time.

Many of Rossano’s recent paintings focus on the use of musical inspiration to reach a sublime, spiritual state. Some of his most powerful paintings include Jewish shtetl musicians in “Celestial Band,” a portrait of famed early 20th-century gypsy jazz musician Django Reinhardt in “The Guitarist,” and Sufi mystics ecstatically dancing in “Whirling Dervishes.” To underline the point, the opening of Rossano’s show in Tel Aviv featured the live music of local gypsy jazz band Swing de Gitanes, who added to the lively atmosphere created by the paintings themselves.