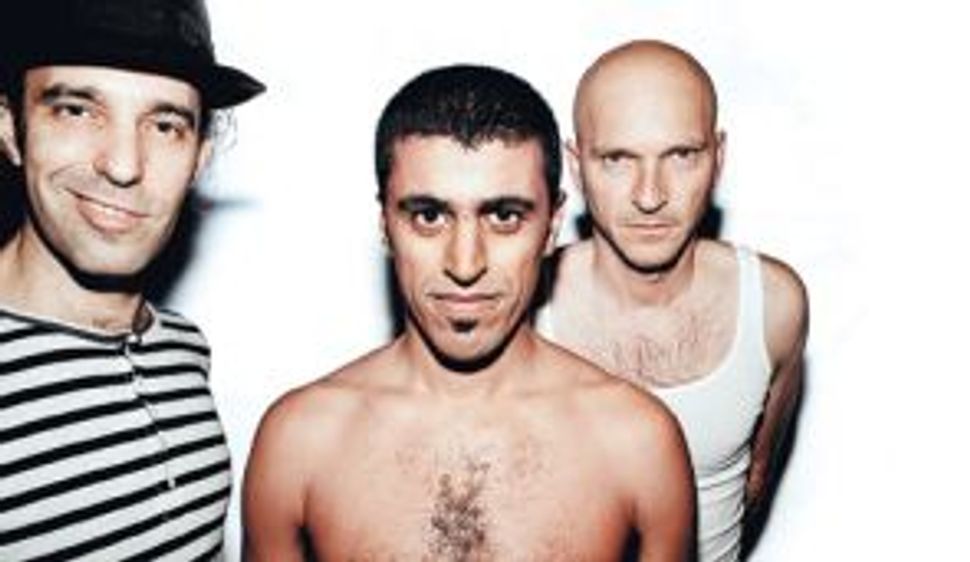 The penultimate song on “Give,” Balkan Beat Box’s new album, is poignantly titled “Enemy in Economy.” This light and humorous song mocks the varying suspicions that Americans harbor toward non-Americans, and in effect takes a stand against xenophobia. 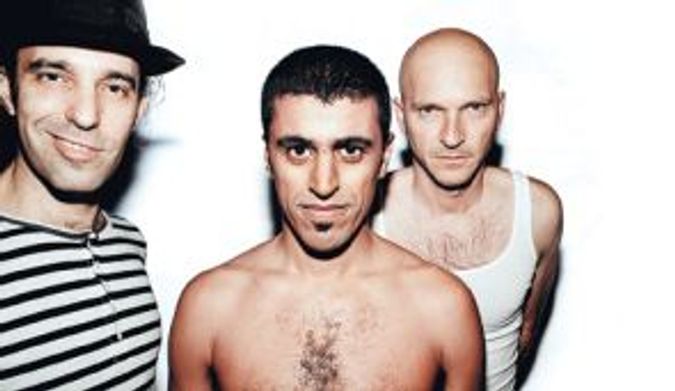 “Enemy in Economy” ends with a sort of musical pan of the length of a passenger plane. The band’s soloist, Tomer Yosef, repeats the lyrics, “First class, business class, enemy sitting in economy class.” At one point, the word “sitting” is replaced with “dancing.” A rollicking racket ensues and the listener can’t help but visualize America’s “enemies” — that is, anyone whose skin isn’t white, and whose accent isn’t perfect — dancing in the aisles, celebrating their terribly foreign and suspicious nature, and singing along with Yosef, who of course is himself one of the enemies, what with his dark skin and Israeli accent.

This song not only expresses Balkan Beat Box’s humanist spirit, but also reflects to some extent the Israeli trio’s impressive trajectory durig the past decade, as well as the status it has won in the international arena. Yosef, Tamir Muskat and Ori Kaplan formulated the sound and approach of Balkan Beat Box early in the last decade and have succeeded in gaining a surprising foothold in the American and European markets — and all that in the period of great suspicion after September 11.