‘Kaddish’ in the Armory 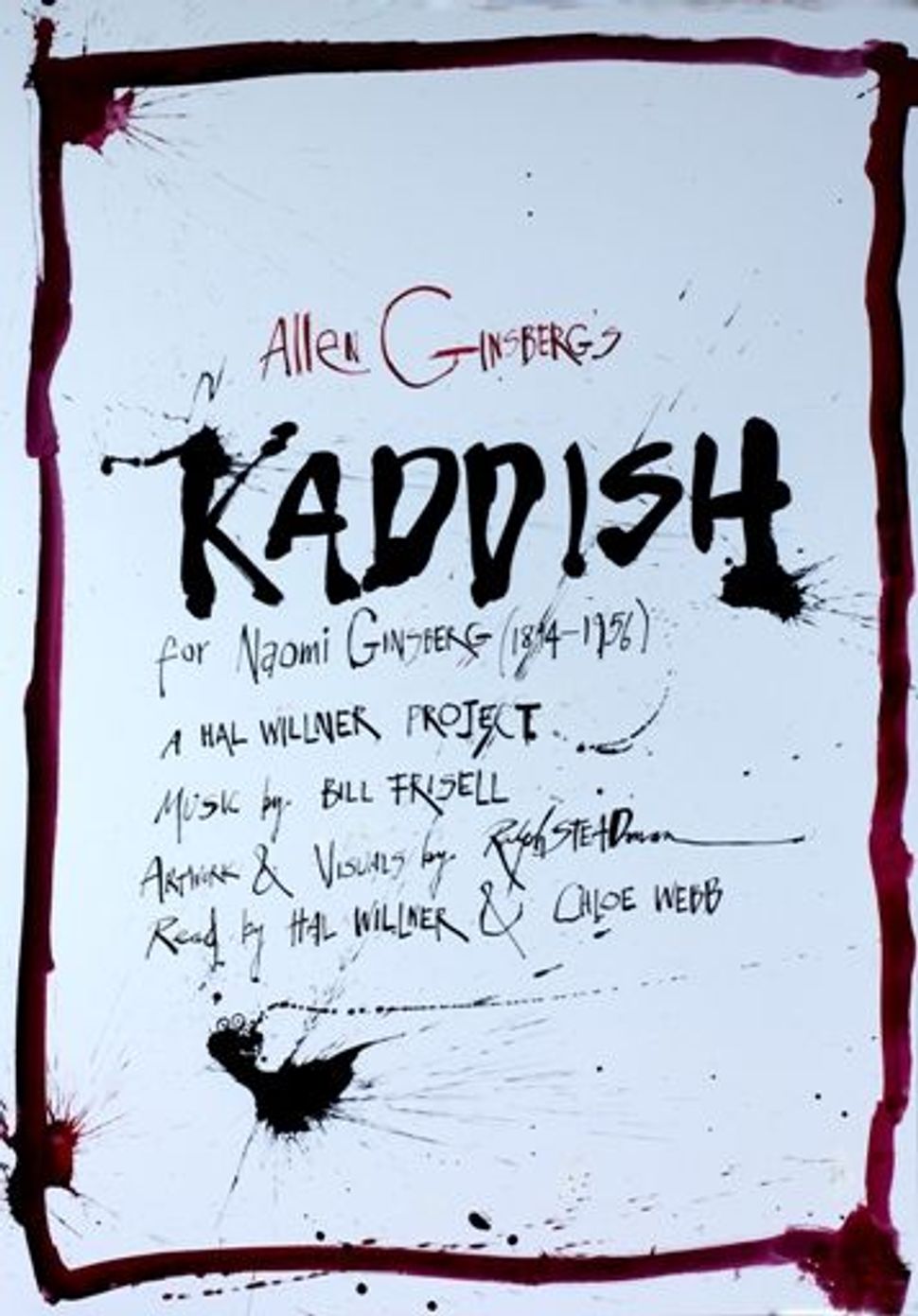 So begins Allen Ginsberg’s “Kaddish,” a sprawling lament for his late mother, Naomi Ginsberg. Written in 1959, three year’s after his mother’s death, the poem — often considered Ginsberg’s best — tells the story of Naomi’s tormented life and the impact of her mental breakdowns on her son. On February 23, as part of the Park Avenue Armory’s Tune-in Festival, “Kaddish” was performed aloud, accompanied by an original score by guitarist Bill Frisell, and set to a changing digital backdrop designed by artist Ralph Steadman.

Narrated in two parts, with Hal Willner playing the role of Allen and Chloe Webb interjecting as Naomi, the performance brought to life Ginsberg’s struggle with both the life and death of his mother. The Kaddish, though recited for the dead, is in fact an affirmation of belief in God and his everlasting goodness. In many ways, Ginsberg’s “Kaddish” is too — an affirmation not in God, but in life itself, and ultimately in the mercy of death.

“And you’re out, Death let you out, Death had the Mercy, you’re done with your century…Done with yourself at last…” writes Ginsberg. Spoken aloud on stage, with a living, breathing Naomi to counter the bereft and sometimes angry Allen, the performance brought an energy to Ginsberg’s words beyond the poem itself.

The Kaddish is a communal prayer, a chant recited together with other mourners. Ginsberg’s “Kaddish,” however, is a personal meditation, a reflection on a life that was fraught with sadness, and a relationship that was filled with love, but with heartache and pain as well. “Kaddish” at the Park Avenue Armory captured that tension between the shared nature of the Jewish Kaddish and the private nature of Ginsberg’s, creating an intimate environment amidst a large audience within the expansive space of the Armory’s drill hall. Webb and Willner, who was a friend of Ginsberg’s, created a near perfect dialogue on stage, interacting enough to keep the audience interested, while shying away from anything that could be deemed too performative.

As is the Amory’s specialty, the experience was designed to be immersive, with a perfect mix of atmospheric and visual accompaniment to the spoken-word and musical performance. Referencing a Beat generation coffee house, the front of the room was lined with a carpet and reclining chairs, allowing visitors to gather around the two narrators. A progression of images appeared on the screen behind the eight-piece ensemble on stage, showing scenes of life as Ginsberg spoke of death and collapse, and manic, near abstract images of people, as Ginsberg spoke of watching Naomi’s break with reality.

With the orchestra playing gently beneath the voices of the narrators, the screen panned in on close-ups of tree bark and leaves in vibrant shades of green and brown. “Naomi, Naomi — sweating, bulge-eyed, fat, the dress unbuttoned at one side…” Willner chanted, channeling Ginsberg description of his mother as she became gripped with delusion. “…hair over brow, her stocking hanging evilly on her legs — screaming for a blood transfusion…” Images of life defiantly graced the screen, contrasting Naomi’s condition with the most grounded life forms.

While poetry is often best experienced as a singular experience — words and a page, sometimes a voice — this performance of “Kaddish” pushed traditional boundaries and showed how much meaning and emotion the poem could muster. Brought to life at the Armory, the poem became something of a universal truth: a message from a son to a mother, a testament to a life lived (even if not well), and a remembrance, as best as was possible.

‘Kaddish’ in the Armory