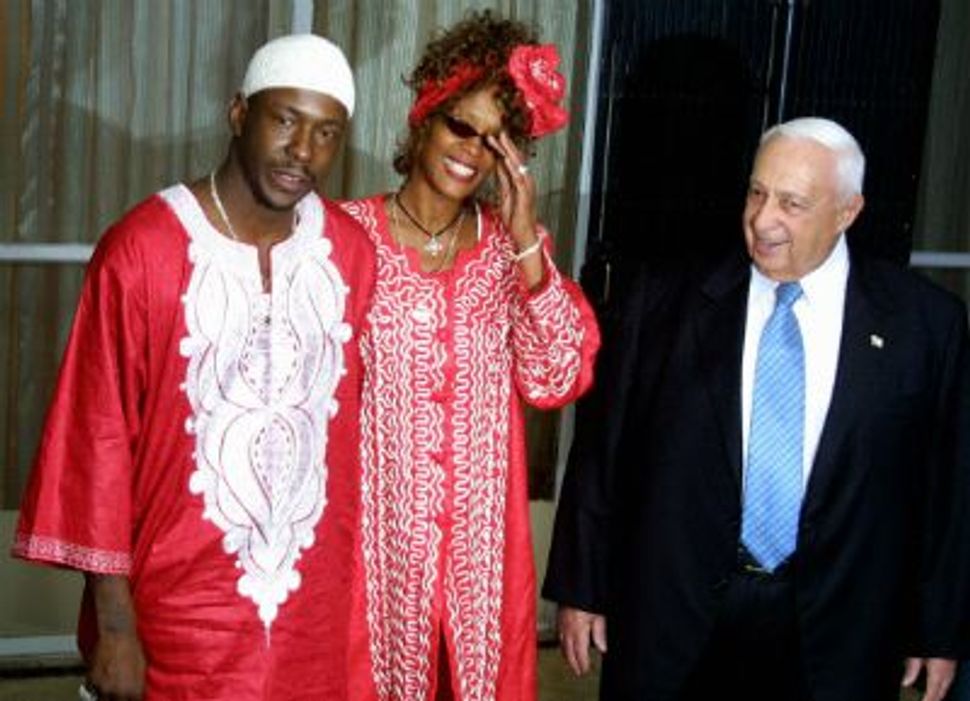 For some people, that one last trip to Israel never takes place. That’s what happened to Whitney Houston, according to CBS’s “The Insider.”

AbbaNibi, the Israeli/Jewish cultural newswire reports that it was revealed on the gossip show last night that Houston had been planning a return trip to the Holy Land as a follow up to the time she spent there with her then-husband Bobby Brown. She apparently wanted to be baptized again in the Jordan River by the African Israelites (Black Hebrews). “The Insider” showed Houston’s goddaughter Brandi Burnside saying, “We planned to go to Israel together. She said to me, ‘We need to get into the holy waters, so that nothing can harm us.’”

Upon her passing, Israelis recalled Houston’s strange trip to Israel in 2003. Haaretz reported: “Houston, protected by a ring of publicists and family, rarely spoke to the local media during her trip, even famously evading a hand shake with then Prime Minister Ariel Sharon while meeting him with Brown in Jerusalem.”

However, when Sharon told Houston that he hoped that trip to Israel would be the first of many, she answered, “Yes.” And when the prime minister asked how she felt being there, she said, “It’s home, it’s home.”