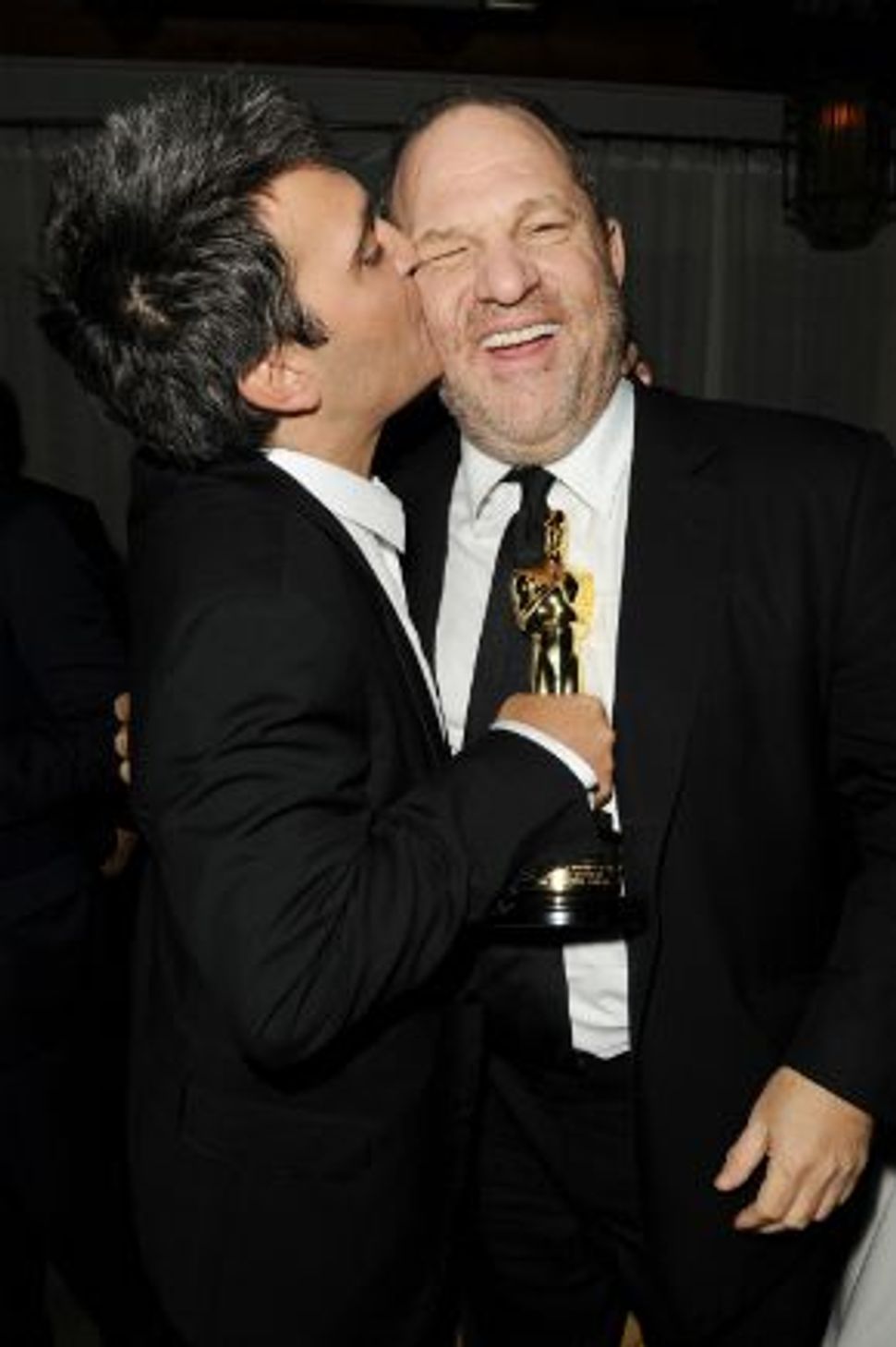 Harvey Weinstein will be joining Steven Spielberg and Jerry Lewis in the rarified and very small club of Jewish American filmmakers awarded France’s highest cultural distinction, the Legion of Honor.

Although Weinstein’s big push of the French-made film “The Artist” to Oscar glory late last month has him in the headlines lately, it was already on French President Nicolas Sarkozy’s mind to honor the producer in July of last year. The Weinstein Co. reported that it delayed until late last week the release of a letter to Weinstein from Sarkozy dated July 22, 2011 in order to avoid any conflict of interest.

The French president praised the producer for “the exceptional quality” of his films, and for the efforts he has made to bring French cinema to American audiences. Weinstein and his brother Bob have distributed and promoted more than two-dozen French films in the U.S.

Touched to have received this honor, Weinstein released a statement to express his gratitude. “All my life, I have loved and been inspired by French cinema,” the producer said. “I am still the young boy who walked two miles to the Mayfair movie theater in Flushing, N.Y., to see films by the greats — Lelouch, Godard, Renoir and my personal favorite, Francois Truffaut. They inspired me and led me to the place I am today.”