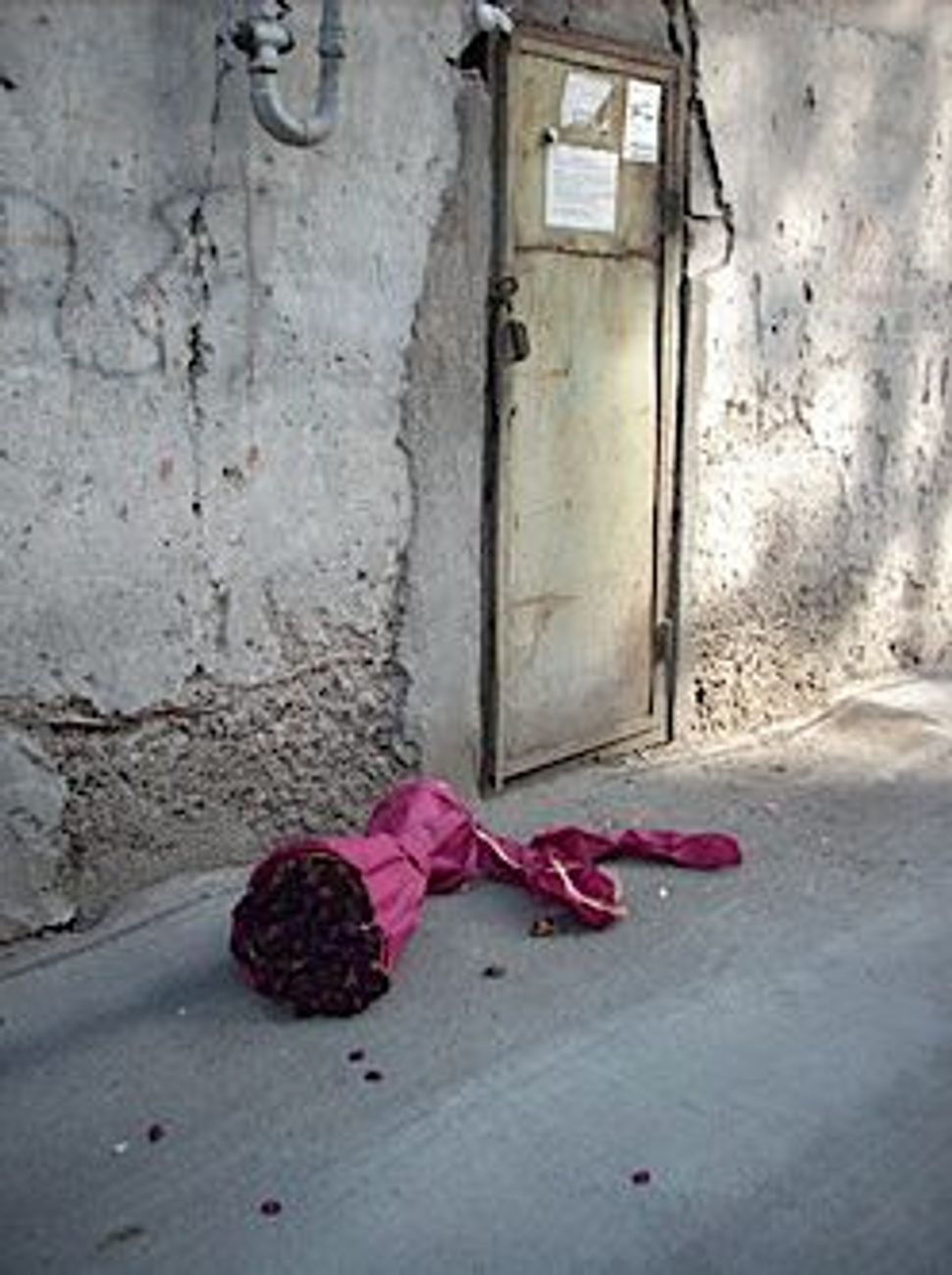 The pictures are mostly cityscapes taken in Eastern Europe, with a little bit of Greece and even a shot from Brooklyn thrown in. They depict scenes that anyone interested in the paradoxes and complexities of urban life would find compelling: flowering vines creeping over a wall, an ornate banister in a run-down stairwell that’s held in place with the help of string, a public sculpture of the word “newborn” with each of its letters covered in graffiti.

And yet, despite the well-chosen scenes, Kohlenberg’s photos often fall flat. Formally, they leave the impression of having been taken by a tourist rather than an artist. The compositions are mostly head-on, and many of the juxtapositions — between, say, a dirty window and the tree growing behind it — are too obvious.

I wanted Kohlenberg to present a more sophisticated, artistic, or nuanced way of seeing city life. I wanted her to show me things I had never seen, to capture some of the idiosyncrasies that make Yerevan, Armenia, or Zagreb, Croatia — places I’ve never dreamed of visiting — unlike anywhere else, even as those places struggle to grow, like everywhere else. I wanted to be spurred to new thoughts about ruin and rebirth. Instead, all too often, I found myself looking at the works and thinking they reminded me of photographs I had taken on my own travels.

There are exceptions. While her use of flowers as a motif feels a bit thin, one photo, “Fallen Roses” (the lead image on the Hadas Gallery website), is a beautiful study in contrasts. In this picture, Kohlenberg has stumbled upon the perfect urban accident: a large bouquet of roses wrapped in fuchsia fabric, lying outside a beat-up door in an alleyway. Those fallen flowers are heartbreaking, and she gets the angle just right, their motion echoing the path of an invisible actor who we imagine dropped them there (why?) and fled the scene.

Mostly, though, Kohlenberg is at her best when her intentions are less literal. One picture, “Kitchen,” shows a dark and fuzzy interior full of pots and appliances. Its connection to the rest of the series isn’t immediately clear, which makes it more exciting: whose kitchen is this? Where are the signs of life, and where the decay? Instead of giving us answers, she offers us questions. The result is eminently more satisfying.

View a slideshow of photos by Leah Kohlenberg: