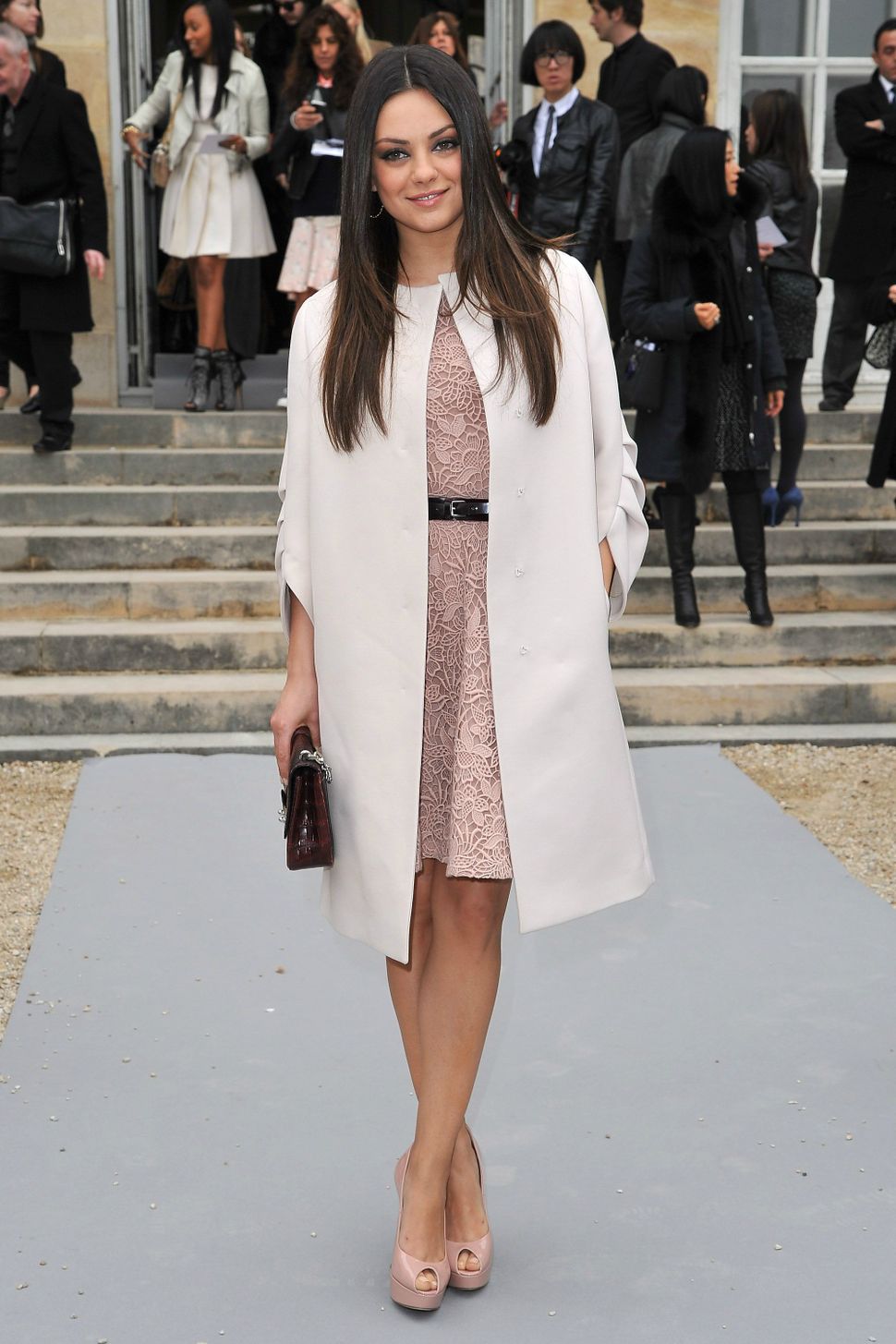 Our heart breaks for her. Image by Getty Images

Poor Mila Kunis, GQ’s Knockout of the Year, isn’t happy with her body and sits home alone in the evenings. Or so her cover story in April’s Harper’s Bazaar makes it seem.

Apparently, once Kunis gained back the 20 or so pounds that she lost in order to play a ballerina in “Black Swan,” the weight didn’t distribute itself the way she would’ve liked. “When I got down to 95 pounds, I was muscles, like a little brick house, but skin and bones. When I gained it back it went to completely different areas,” she told Harper’s Bazaar. “I’d be happy if my ass got bigger. All the weight that left my chest went to my side hip, my stomach.”

But she says she isn’t worrying too much about her weight, admitting to enjoying good food and wine (she works out with a trainer three times a week to try to keep weight gain in check).

The only problem, it seems, is that she is having a glass alone many an evening. Kunis claims she is a homebody who likes to stay in and watch TV most nights. Believe it or not, she insists that she hasn’t been dating. “I don’t get asked out,” she says.

The Shmooze suspects this is just a temporary phase. Kunis, skinny butt and all, is undoubtedly many a man’s dream date.