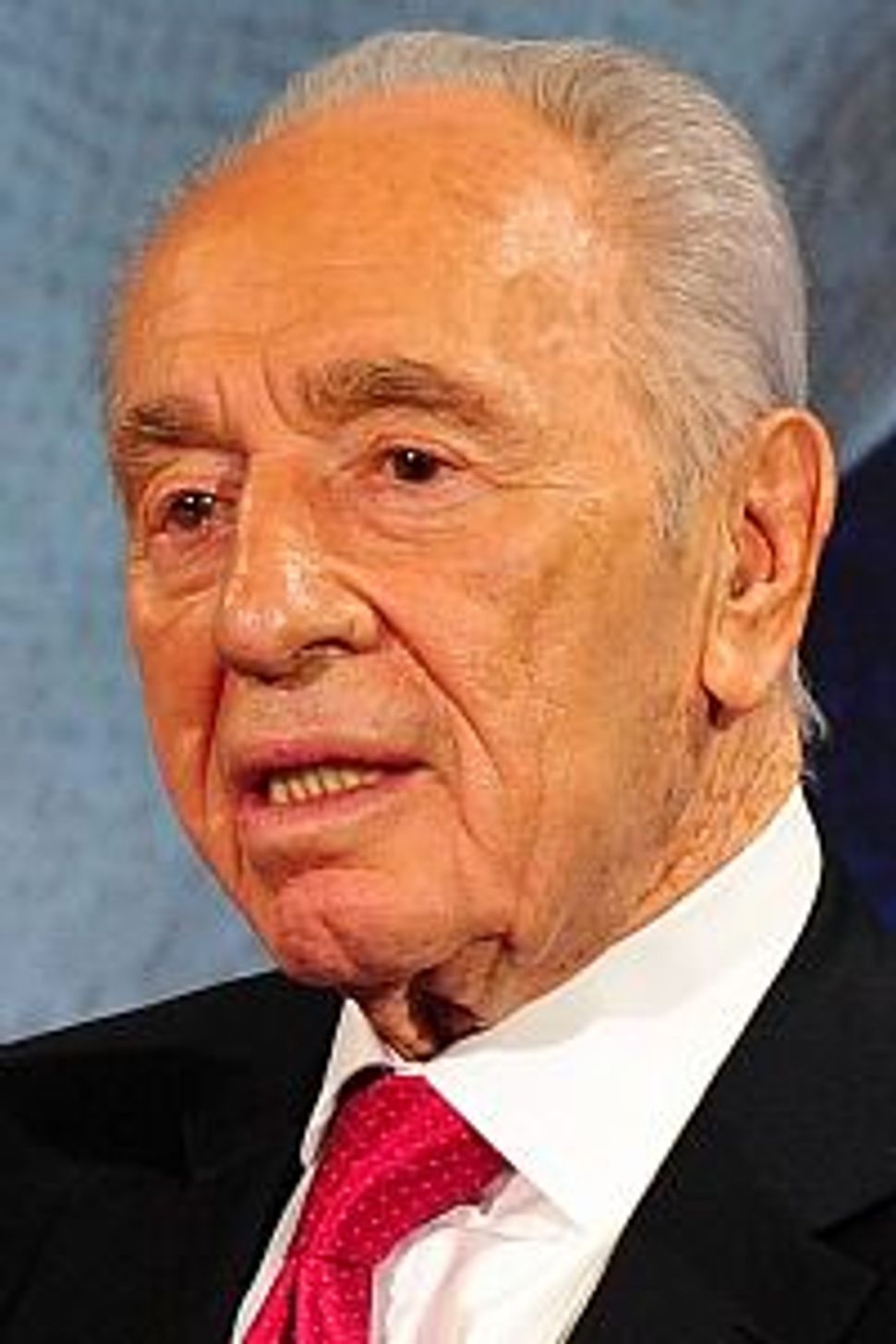 When Jason Alexander, the veteran actor from the 1990’s hit TV series “Seinfeld,” met Shimon Peres at the Beverly Hilton Hotel Thursday night, it was, at first, as though he were channeling his old character, George Constanza.

“Happy Purim!” he exclaimed, immediately launching into a comedy routine. Then, commenting on the heavy security on the way in, he said, “I had to give them the names of my rabbi, my cantor—and my moyle…”

It was the last leg of Peres’ visit to the U.S., and for a moment the gathering, organized by the Jewish Federation of Greater Los Angeles and the Israeli Consulate, seemed headed in the direction of yet another Hollywood roast. But Alexander quickly turned serious, paying tribute to the 88-year-old Israeli president by citing the Nobel Prize winner’s oft quoted motto: “Pessimists and optimists die the exact same death but they live very different lives.”

One pessimist in the crowd told the Forward earlier in the evening that she was not entirely an admirer of Peres, whose efforts resulting in the Oslo Peace Accord earned him his Nobel award.

“He armed the Palestinian Authority and look at them now,” said Orit Arfa, the Zionist Organization of America’s western regional director. “Things have not gone well since Oslo.” Why was she attending the tribute to Peres? “We’re here to make our voices heard,” she said.

The event’s centerpiece was a question-and-answer with Peres conducted by former CNN anchor Campbell Brown. Peres handled Brown’s softball questions about Iran and U.S.-Israeli relations with eloquent and erudite aplomb. He bluntly rebuffed his interlocutor however, when she asked what would happen in the Iran crisis if diplomacy failed and Israel had to overcome domestic divisions by taking military action.

“There are many ways of dealing with it,” Peres answered curtly. “But we don’t need a public debate beforehand.” The crowd responded to this parry enthusiastically while onstage a flustered Brown shifted the questioning to lighter topics, including a pre-screened question from the audience about Peres’ current reading list. He recommended Henry Kissinger’s “On China” and “”Thinking Fast and Slow” by another Israeli Nobel laureate, economist Daniel Kahneman.

As to what he believed to be Israel’s greatest gift to the world: “Dissatisfaction,” said Peres. “To be a good Jew is to be dissatisfied.”

Judging from the ripple of laughter and warm applause, it was the evening’s most satisfying moment.