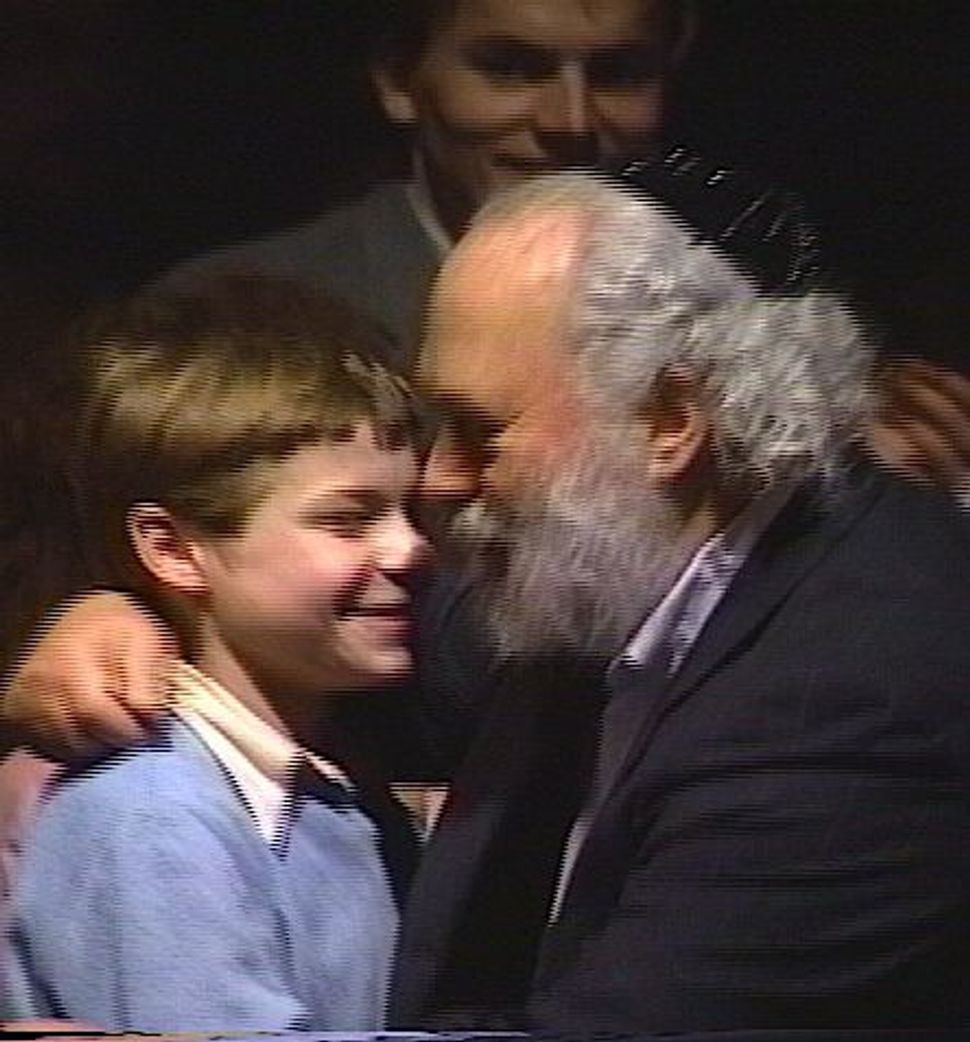 A version of this post originally appeared in Yiddish. 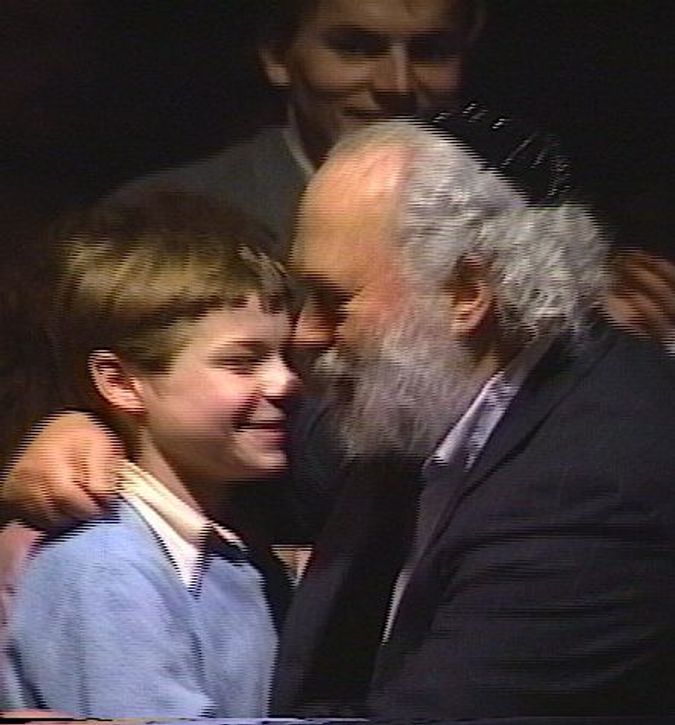 Filmmaker Menachem Daum, whose 2004 documentary, “Hiding and Seeking,” portrayed his journey to Poland to search for the peasant family that rescued his father-in-law during the Holocaust, has been busy at work on his next project: a film about Shlomo Carlebach’s historic concert tour of Poland in 1989.

Carlebach, or Reb Shlomo as he was known to his followers, was a master storyteller, singer and composer of hundreds (some say, thousands) of songs and nigunim that continue to be sung at prayer services in synagogues throughout the world, years after his passing in 1994.

During the nine-day tour, Carlebach visited historic Jewish synagogues and cemeteries, and performed in four cities: Warsaw, Krakow, Lodz and Bielsko-Biala. The vast majority of the people attending the concerts were not Jewish.

Carlebach knew that the Holocaust had caused most Jews throughout the world to view Poles as anti-Semites who had collaborated with the Nazis. But he often pointed out that Poland was the only country outside Israel that had produced such a high number of Talmudic scholars, imbuing it with a spiritual quality.

He also preached that anger at the Poles was counter-productive. “We all need to purify our hearts of the anger and fill them with joy,” he would say at concerts or when leading prayer services.

Daum, who accompanied Carlebach to Poland and filmed most of the tour, told the Forverts that upon arriving at the Warsaw airport, they were immediately surrounded by Jewish community leaders and the Polish media who had come to greet the “Singing Rabbi.”

When asked what was his goal for the tour, Carlebach replied: “I wish to shake hands with every man, woman and child in Poland.”

“That statement was played over and over on Polish television,” Daum said. Wherever Carlebach went, strangers would surround him and some even asked him to bless their children.

Janusz Makuch, director of the annual Jewish Culture Festival in Krakow, attended the concert there and was amazed to see Carlebach moving from row to row, literally shaking hands with all 600 members of the audience. “It was amazing, because for most of them, this was the first time they were seeing a rabbi face to face,” Makuch explained. “The only previous contact they’d had with rabbis had been visiting their graves.”

Because many Poles didn’t know English, interpreters on stage provided immediate translation of Carlebach’s Hasidic tales and running commentary between songs. Gebert Constanty, the interpreter at the Warsaw performance, said that the mood that evening was one of shared excitement.

“You understand, this was a very special moment in Poland, because martial law had just been lifted for the first time since December 1981,‟ Constanty explained. Mikhail Gorbachev, the last head of state of the Soviet Union, had already warned the Polish Communist leader, Wojciech Jaruzelski, that the Soviets would no longer save the Polish Communist party. Only days before Carlebach’s arrival, the Polish government had finally begun negotiations with Solidarnosc, Poland’s first non-communist party-controlled trade union.

“Carlebach’s concert was the first public Jewish event since the fall of the government, and everyone was absolutely enthusiastic,” Constanty said, adding that all seats were sold out.

After the concert Gebert and his friends went backstage to greet Carlebach, and saw a woman presenting him with a homemade cake. “He started gently asking her all sorts of questions,” Gebert said. “Like: ‘Is this made of butter or margarine? Do you use the oven for other dishes? What kind?’ I had no idea why he was interrogating this poor lady. Of course, now I understand that those were the questions that an observant Jew should be asking, because it was clear that Reb Shlomo didn’t want to disappoint her.”

In the end, he did take the cake home with him.

Stan Krajewski, a Jewish philosophy professor at the University of Warsaw, recalls that by the end of the Warsaw concert, many in the audience had joined Carlebach on the stage to finish the last lines of his famous song of peace, “Leman Achai Vereai” (“For My Brothers and Friends”). Afterwards, Krajewski and his wife invited Carlebach and his entourage into their apartment nearby. “My friends came too, so there we were 20 of us squeezed into our tiny apartment, as Reb Shlomo asked us all sorts of questions about our lives in Poland,” Krajewski said. “He was clearly interested in who we were and what we were doing.”

Daum hopes that the film, which is 80% complete, will convey the excitement of Poles during Carlebach’s visit.

“I’m not making this film just for Carlebach fans,” he said. “My goal is to show how Reb Shlomo helped transform the Poles’ perception of the Jewish people.”

Few people know, for example, that before the widely publicized papal Mass at Newark’s Giants Stadium in 1995, a group of monks serenaded Pope John Paul II with “Leman Achai Vereai.”

To Daum, the reason is obvious: “It’s no coincidence that one year after Reb Shlomo’s death, the song that he used to sing at each one of his concerts was chosen to honor the Pope who, like Reb Shlomo, had done so much to improve relations between the Poles and the Jews.”