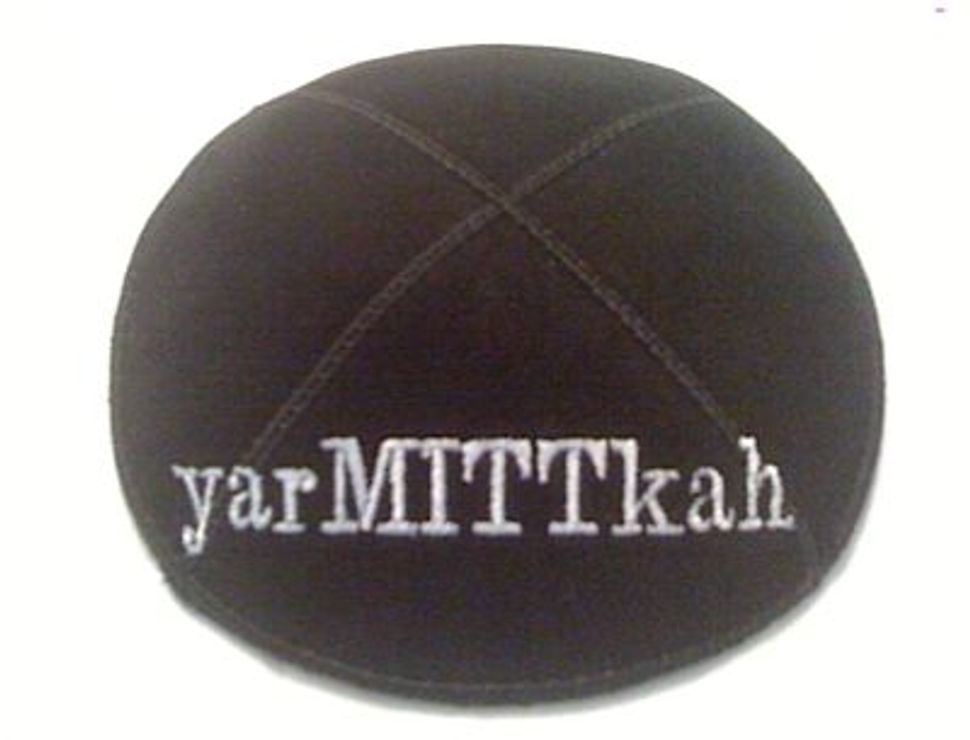 For the sake of unity and sanity, many families ban talk of contemporary domestic politics from the Seder table. But diehard political supporters of presidential candidates have a way of getting their positions across without saying a single word. As Matthew Walters tell us, you can wear your politics on your sleeve — or your keppe.

Walters is selling what he claims to be “The Original Obalmulke Yarmulke.” And now with Passover coming up, he’s offering the “4 More Years” Obamulke 4-Pack, a “buy 3, get 1 free” deal that he is betting no Obama supporter can pass up. The made-in-the-USA ivory suede kippot printed with the Obama 2012 logo cost $9 each, with a flat shipping fee of $5. With Walters’ special Passover sale, you could cover a lot of heads without having to divert too much money from your matzo budget.

But what about all those Republican Jews out there who would not be caught dead wearing an Obamulke at Seder? They have not been forgotten — so long as they support either Mitt Romney or Newt Gingrich. YarMITTkahs and Jewt For Newt skullcaps are available on eBay.

But republicans will have to shell out more than Democrats show their Jewish patriotism. YarMITTkahs and Jewt For Newt kippot are going for $21. Apparently, there are no government subsidies for those.