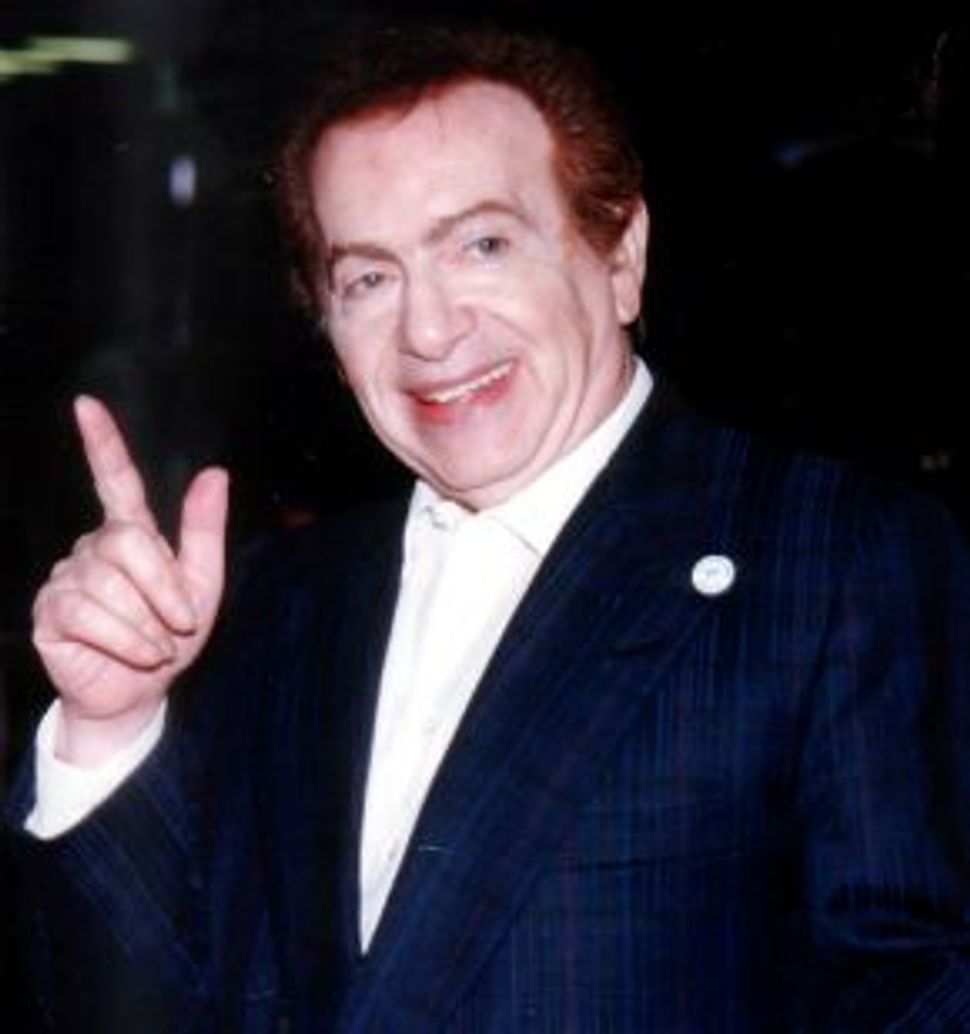 Jackie Mason in 2006 Image by Carl Lender via Wikimedia Commons

Oy vey. Jackie Mason’s apparent girlfriend was giving him some serious tsoris early last Friday morning. It was so bad that the 83-year-old Tony Award-winning comedian and former rabbi called the cops on her.

The police put 48-year-old Kaoru Suzuki-McMullen in handcuffs at Mason’s West 56th St. apartment after he alleged that she had assaulted him when he had tried to get her to leave his home. A source told the New York Daily News, “He called down to the doorman on his phone. She took the phone from him, scratching and bruising his left wrist.”

The Daily News ran a photo of Suzuki-McMullen looking pretty unhappy as she was escorted by an officer from the Midtown North police precinct. Suzuki-McMullen, dressed in a little black dress, brown coat, black boots and black fishnet stockings, claimed that Mason had attacked her, but the cops weren’t buying her story.

The woman’s neighbors from her Upper East Side apartment building told the Daily News that her behavior has been bizarre. She is known to yell and leave her garbage out in the hallway, wear her bathrobe while walking her dog outside, and hoard trash and religious items. “It’s really wild that the crazy lady in our building is dating a world-famous comic,” said one neighbor.

Uncharacteristically, the famously garrulous Mason had nothing to say about Suzuki-McMullen or the alleged assault. “I’m sorry, I can’t talk now. I’m late,” he said as he left the stationhouse.