Jon Stewart In Awe of ‘The Island President’ 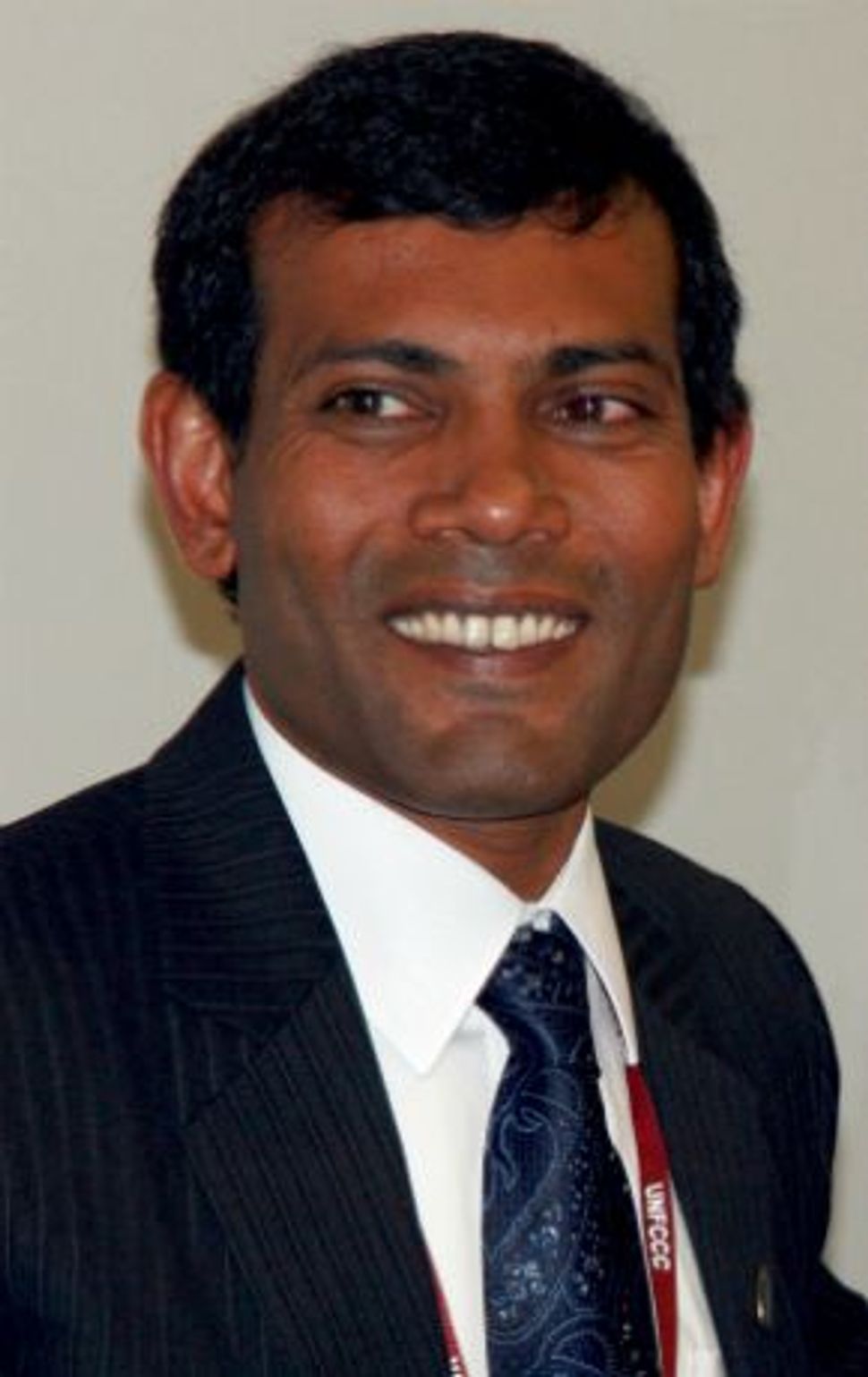 You heard about the new documentary film “The Island President” here in the Forward first. Now Jon Stewart has gotten a hold of the story. More specifically, he invited the film’s star, Mohamed Nasheed, former President of the Maldives, to appear on The Daily Show for an exclusive interview.

On April 2, Stewart questioned Nasheed about his recent forced ouster from the presidency, and about his dramatic fight to save his country from the devastating effects of climate change. Without a serious global effort to significantly cut carbon emissions, the Maldives will sink into the sea before too long.

Stewart employed his usual comedy, but he also seemed to be truly in awe of Nasheed, his struggle for democracy in the Maldives, and his tireless work to get the world to wake up to the climate crisis. Stewart humorously riffed on a few things Nasheed said — like joking about the two men’s short stature and that their being on a high floor would save them should Manhattan start sinking below sea level — but overall, it was clear that Stewart was standing aside a bit more than usual and letting Nasheed eloquently and passionately make his case.

As Stewart closed the segment, he implored people and governments to take heed of Nasheed’s warnings. “Don’t be silly,” he proclaimed to viewers, using a simple yet potent phrase Nasheed had used during their conversation.

Jon Stewart In Awe of ‘The Island President’