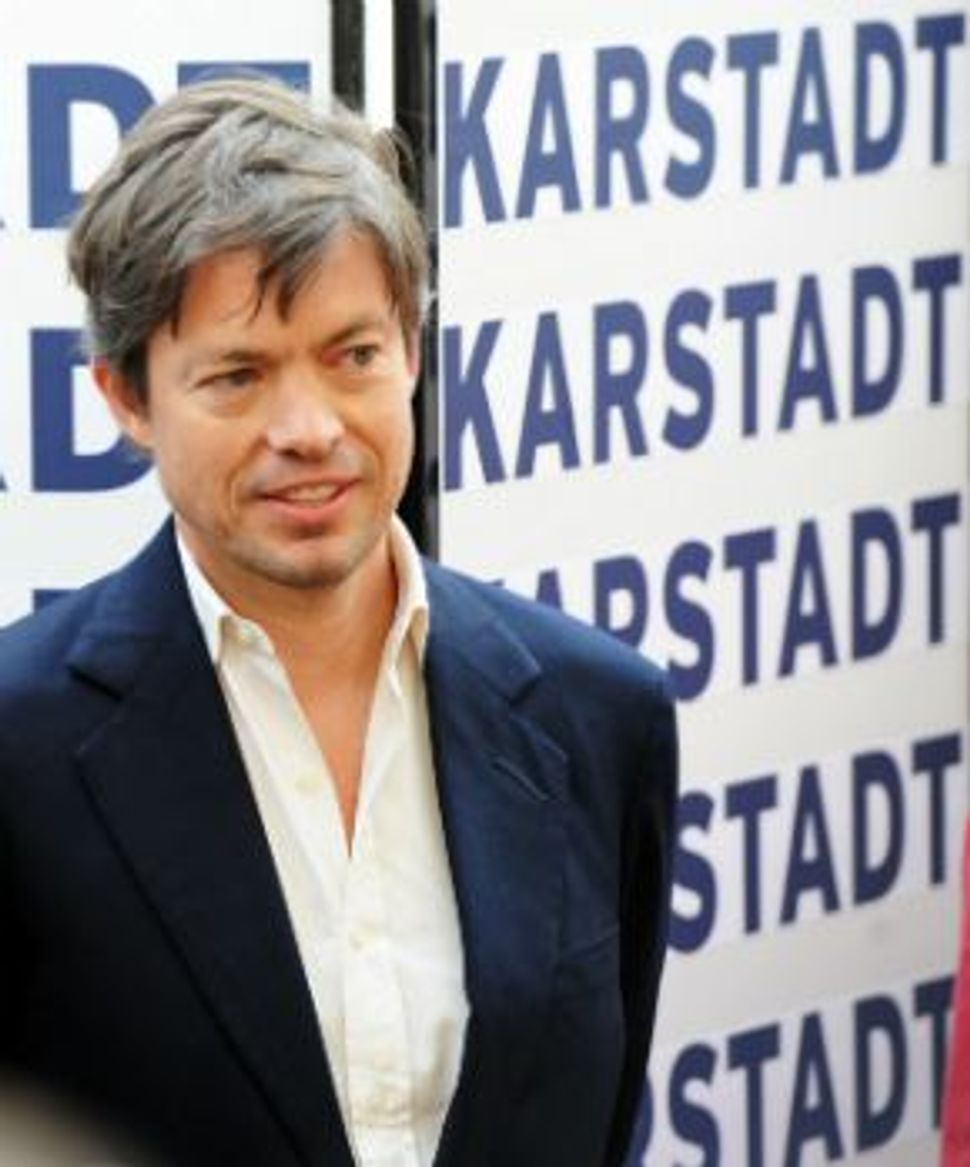 Nicolas Berggruen in Berlin in 2010 Image by Getty Images

The mothers of the seven Jewish (or Jew-ish) men who make up more than half of Forbes’ list of the 12 most eligible billionaire bachelors must be kvelling. That is, they must be thrilled that their sons are so incredibly wealthy and desirable, but not necessarily that they haven’t yet blissfully settled down (some of them have been in marriages and long-term relationships — but without happy endings).

So, who are these must-have guys from the tribe, who are not currently in serious relationships and are on the lookout for life partners? If you follow banking, investing, real estate development, tech industry and all-around entrepreneurship, you’ll recognize their names immediately. They are:

Eduardo Saverin, 30, Facebook co-founder (played by the hot Andrew Garfield in “The Social Network”), who now lives in Singapore.

Teddy Sagi, 40, the Israeli hi-tech entrepreneur. (But there’s a catch: According to The Algemeiner, he has been living for the past two years with Yael Nizri, a former Miss Israel)

Nat Rothschild, 40, the British-Swiss scion of the famous Rothschild banking family. His net worth is reported to be $1.6 billion.

Elon Musk, 40, the serial entrepreneur living in California. He is divorced from his first wife, with whom he had five children, and separated from his second wife.

Nicolas Berggruen, 50, the American-German, homeless-by-choice (he lives in the poshest of hotels around the world) investor with movie-star looks. He is part owner of the company building the new 37-floor luxury building Meier on Rothschild in Tel Aviv.

Don’t they say that it’s just as easy to fall in love with a rich man as with a poor one? Ladies, the Shmooze has already done your homework for you. What are you waiting for?