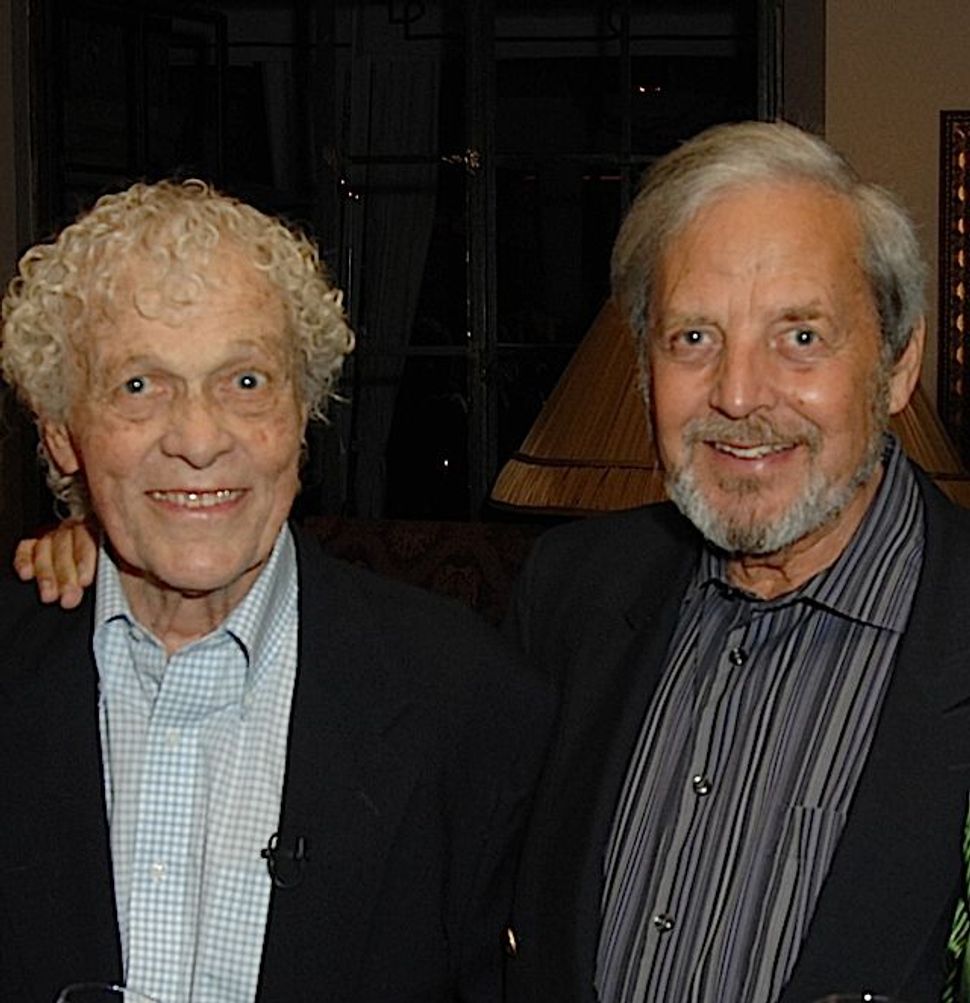 A 2008 documentary produced by the Jewish Vegetarians of North America, “A Sacred Duty: Applying Jewish Values To Help Heal The World” was a plea for awareness about natural resources. Featuring interviews with rabbis, scientists and environmental activists, the movie was directed by Emmy Award-winning, South African Jewish-born Lionel Friedberg.

In February, Friedberg hit the bestseller lists with a co-authored volume about Hollywood’s own natural resources, its filmstars. Grove Press published “Full Service: My Adventures in Hollywood and the Secret Sex Lives of the Stars” co-written by Friedberg and Scotty Bowers, an 88-year-old amateur pimp and professional male prostitute who claims to have dealt with Cary Grant, Katharine Hepburn and Spencer Tracy, among other clients.

Among Bowers’ more outlandish claims are that he provided willing young lasses for the delectation of Hepburn while he actually claims to have bedded Spencer Tracy, Walter Pidgeon and the Duke of Windsor — not to mention Wallis Warfield Simpson. While this might be Bowers’ last chance for celebrity, readers may be puzzled by Friedberg’s trajectory from producer of such History Channel TV series as “Mysteries of the Bible”, with episodes including “Abraham: One Man, One God” to Bowers, a dimly inarticulate, but apparently obliging, elder.

Critical reaction has included disgust (Friedberg, an ardent vegetarian, could not have approved of the coprophagic predilections ascribed to some actors) and disbelief (although Bowers’ claim to have introduced stars to bedmates has been substantiated by at least one participant, the actor Raymond Burr’s longtime companion and survivor Robert Benevides, who met the “Perry Mason” star with Bowers as go-between).

Reader reaction to “Full Service” on Amazon.com pans the book’s pedestrian style, but one of Bowers’s most-appreciated lifelong talents was keeping silent about secrets, so eloquence could hardly be expected.

As a filmmaker, Friedberg has previously confronted painfully difficult subjects when he worked on the 1970 South African movie “Shangani Patrol.” In this 1893 episode from Rhodesian colonial history, a group of white police officers were killed by the forces of King Lobengula Khumalo in Matabeleland (today’s Zimbabwe). The lost illusions of colonialism are not unlike reducing Hollywood’s mythic actors to mere humans who disregarded gender categories and fan expectations, aware that major scandals could be hushed up by paternalistic studio magnates such as Louis B. Mayer, Jack Warner and others. Even so, as a documentarian Friedberg may have followed his subject’s message too credulously by including Bowers’ claim to have enjoyed the sexual abuse he received from priests as a small boy. This stance has justifiably irked readers at a time when the long-taboo subject of child abuse, by now notorious from Roman Catholic church scandals, has finally been exposed in recent years in some Jewish congregations as well.

And watch a video about Lionel Friedberg’s films.