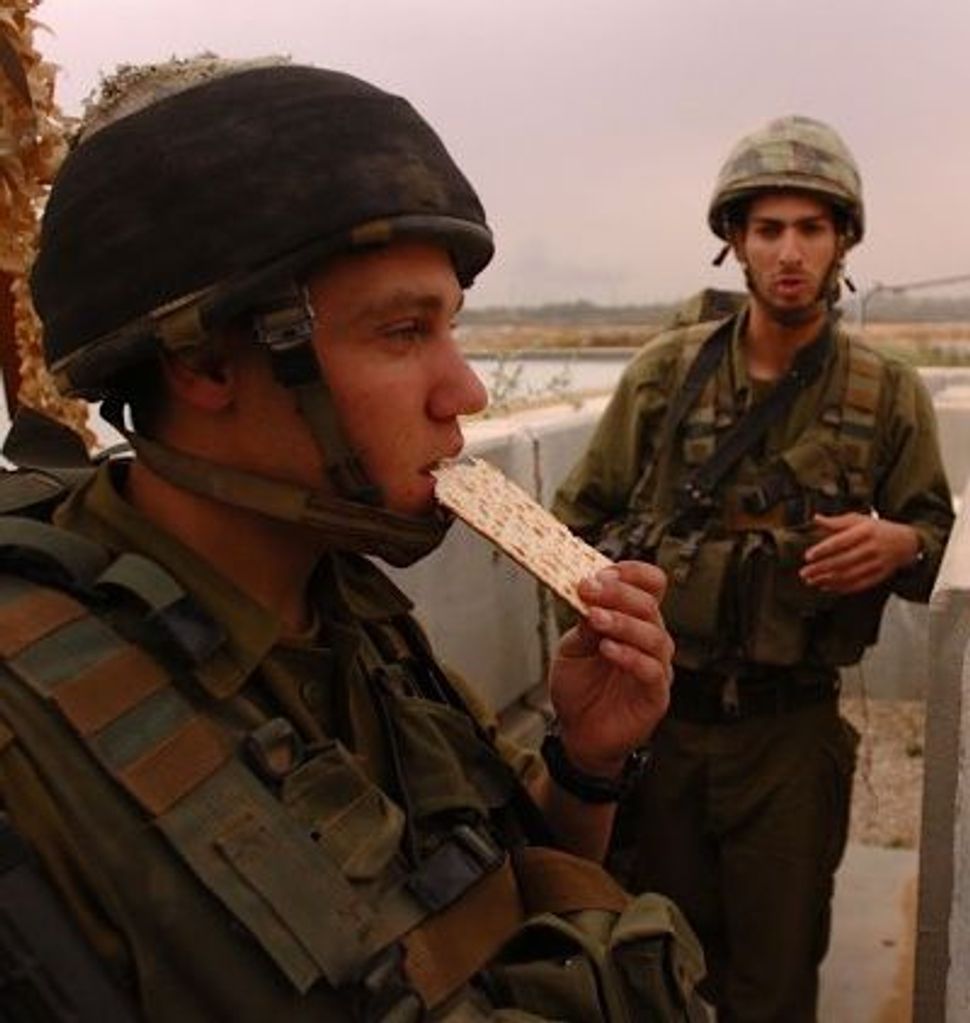 The irony of Pesach lies in the juxtaposition of the formative freedom narrative with the fraught mythic lore that goes along with its celebration. Today on The Arty Semite we’re featuring two poems by Talia Lavin that address this very juxtaposition through the lens of the contemporary Israel.

The first poem tackles the subject head-on: “we’ll sing the story of a book,/ a river of blood.” The second does not mention the holiday, but references the time of year that Pesach falls out on. This spring has less to do with symbols of rejuvenation and rebirth than with the sentiment of T.S. Eliot’s line, “April is the cruelest month.” In this piece, Lavin rethinks another formative myth and imbues it with gritty reality.

My country of many things
was carved out of a book, a bomb.
Here I am, up north, in its fervid army of blossoms.
My sister’s boyfriend balances his Uzi on his lap
and sticks his tongue out fiercely when he peels an egg.
He is just twenty, and ties his boots around his neck
by their laces sometimes, to store them.
I have spent so many hours in houses
of prayer that turn eastward, here
where the light begins, and burns away answers.
All along the road up here,
metal silhouettes of tractors
burned ochre in the highway lamps,
and three scripts, still as three rows
of seeds, lit up green highway signs.
Tonight we’ll sing the story of a book,
a river of blood.
And the moon will peer like a peeled egg
over a hundred cypresses.

It’s April. Chaff-rot boils
downstream, the grapefruits hang
going dry between green split tongues.
They close the Hermon at sunset these days,
shoot to kill at what moves in the night.
Abraham is always stabbing at Isaac
up there in those hills
while Sarah chokes down her bottle of pills.
It’s better than sitting by the TV set
with its rusty horns;
after all, she didn’t ask to come here
where it never rains.
Up there in the hills
maybe it was whiskey
or an angel or the climbing barometer
egging him on. No one expected it,
not since he got rich —
nor Sarah to fashion a razor
from her compact mirror.
But so it goes. Abe fits a new hose
for the persimmons, pulls at his thumb
where the knife sliced through the web.
Meanwhile, Isaac, the dumb
lamb, is drawing maps in the sand.
He’s looking for a new girl to scoop
And pin up in the dark house.
He’ll take her away, her kerchief streaming
in the wind of the convertible. She’ll scrub
the last pale red stain from the bath,
and sing over the Sabbath candles,
which all April will flare like small, bloody suns.