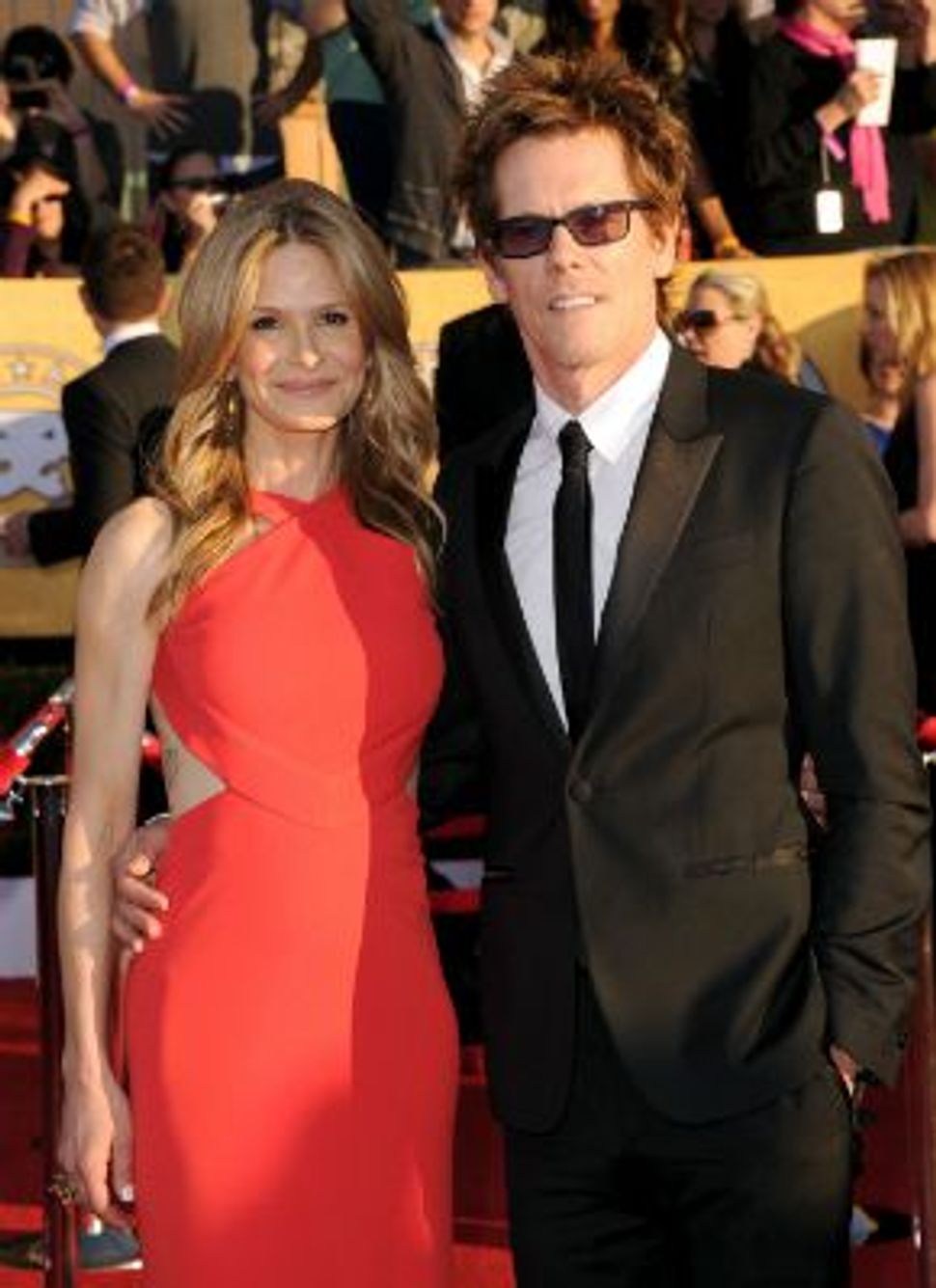 It’s kind of weird that actor Zach Braff and GOP presidential hopeful Mitt Romney are cousins. But since chances are pretty good that they will never marry and have children together, we don’t have to worry too much.

That isn’t the case with actor Kevin Bacon and his wife of 23 years, actress Kyra Sedgwick. It was recently revealed, courtesy of the PBS genealogy program “Finding Your Roots,” that the two are related to each other — and not only by marriage. It turns out that the husband and wife are descended from distant branches of the same family tree, and that they both come from families that at one time owned slaves. Talk about six degrees of separation!

Sedgwick is Jewish (though she does not practice, save for going to an occasional Passover Seder), and as we know, there were Jewish slave owners in the South. However, press for the upcoming episode of “Finding Your Roots” does not reveal whether the actress is related to her husband through her Jewish mother’s side, or through her Episcopalian father’s one. The Shmooze’s guess is that it is through the latter — but you never know.

Bacon and Sedgwick have two children together, Travis, 22, and Sosie, 19. The parents don’t seem to be too fazed about being distant cousins. Bacon made no mention of it in his Tweet yesterday encouraging people to watch the genealogy show: “Watch @FindingYourRoots Sunday 8PM #PBS me and @kyrasedgwick looking at our family history. And great Music by #MichaelBacon!”

Maybe he’s just taking a page from Harvard scholar Henry Louis Gates, Jr., the host of “Finding Your Roots,” who wants people to not be surprised at revelations like Bacon and Sedgwick’s. His wish is for Americans to see that — at least genealogically — so many of us are united. “We’ve been sleeping together from the very beginning of the country,” he said.