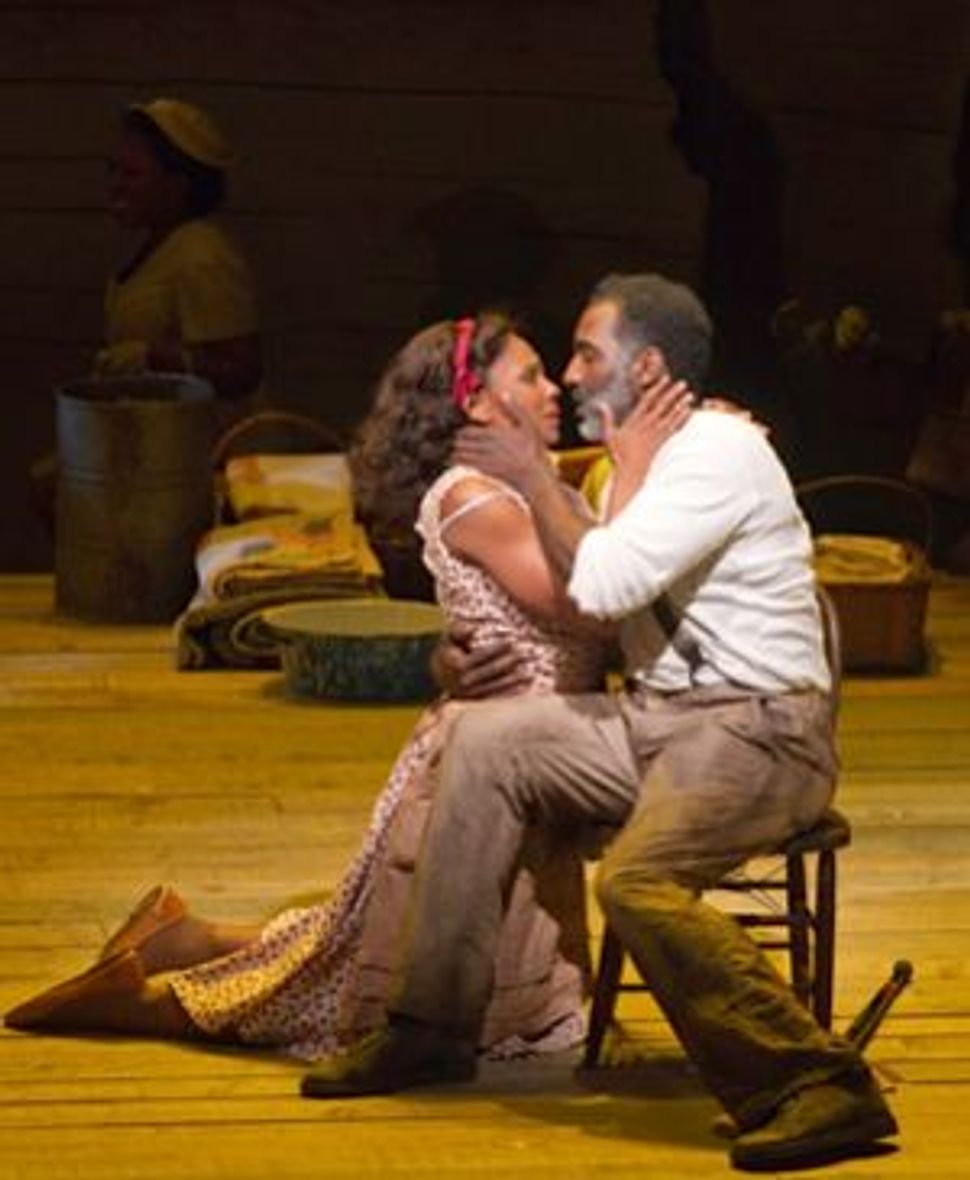 Their statements, which included a proposed new “happy” ending for the story, set off a firestorm, much of which has already been covered in the pages of the Forward. The new ending was dropped, though numerous other changes remain. The final result? Judging from a recent performance, the production is terribly flawed, with occasional moments of brilliance supplied by the superb lead actors.

Paulus told Vanity Fair: “What I want is for people to come to it and say, ‘I always knew the music was great, but what a story!’” Yet the beauty of Gershwin’s music has been lost through inept, small-scale rearrangements. Gone are the majesty, richness, and intricate textures of the innovative masterpiece. We are left instead with a kind of pop pap. What’s more, some of the cast members are simply not up to the job; “My Man’s Gone Now” was barely recognizable in Bryonha Marie Parham’s histrionic and imprecise rendering, while the anemic instrumental background robbed us of the original’s gripping adventurousness.

The choreography, by Ronald K. Brown, is stiff and emotionally empty, especially in scenes that called for emotional gravity, like the funeral in the first act. The ritualistic African-based gestures, sometimes accompanied by drumming patterns that Gershwin never heard, seemed a political contrivance rather than an expression of human drama.

And yet, Norm Lewis as Porgy, Audra McDonald as Bess, and David Alan Grier as Sporting Life are magnificent in their embodiment of the roles, their ability to move the audience, and the musical artistry they conveyed. The success of this version of “Porgy and Bess” (certainly not, as the title asserts, “The Gershwin’s….”) rests entirely on these talents.

Indeed, their achievements leave us with a sense of what “Porgy and Bess” could have been, had the creative forces behind this production not been so misguided in their attempts to reshape the great work to suit a partisan agenda. I found myself wondering what a production of the actual “Porgy and Bess” would be like, featuring Norm Lewis in the non-operatic but deeply affecting singing style he employed here, or incorporating acting talents like those of McDonald and Grier. It would be the difference between fine-tuning a masterpiece and going at it with a wrecking ball.