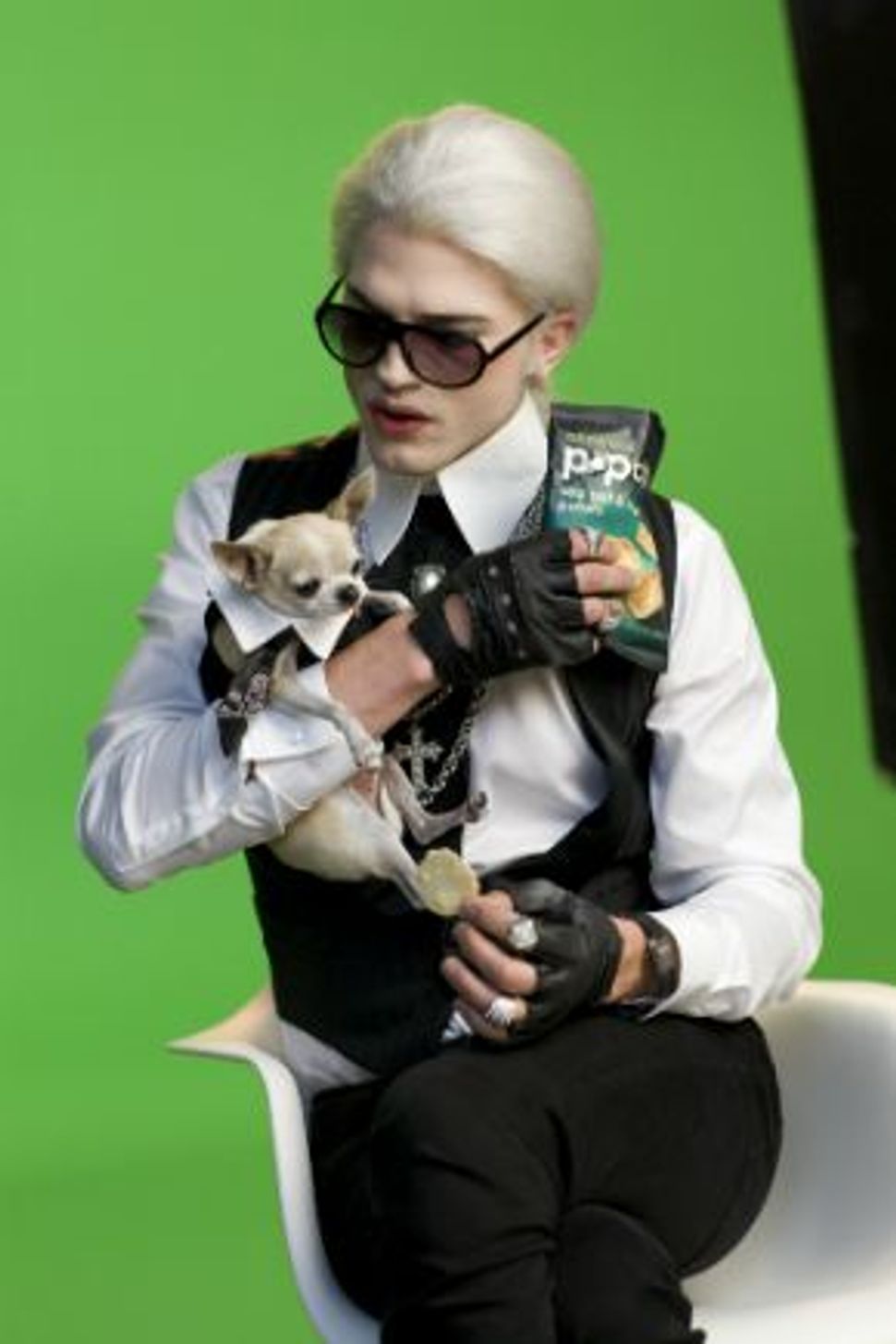 Kutcher as ?Darl,? with Poo-poo. Image by Popchips, via YouTube

Popchips execs didn’t have cultural sensitivity in mind when they had Ashton Kutcher (with brown-face make-up and a sing-song Indian accent) comically portray a Bollywood producer named Raj in the company’s latest advertising video. The commercial has been yanked and Popchips has apologized to the Indian-American community for its $1.5 million misstep.

The offending Popchips ad banks on the newly single Ashton Kutcher’s buzzed-about status in pop culture, placing him in a mock “World Wide Lovers Dating Service” viral video. If things don’t work out with Mila Kunis (that is, if there really is anything to work out), Kutcher will have to jump back into the dating scene sooner or later, right?

Kutcher appeared in the video in four different guises: the aforementioned Raj; a British hippie called Nigel; Swordfish, a sensitive Southern tattooed redneck; and a Karl Lagerfeld lookalike named Darl. At the end of the video, the real Kutcher took a seat and declared to the off-camera interviewer, “Your waiting room is like a freak show.” Then he asked, “Are we all in the same category?”

The Shmooze can’t disagree with the accusations of racism. (Not to mention the fact that we wouldn’t date any of these guys.) But we did have a soft spot for Darl — or rather for his tiny, and apparently Jewish, dog Poo-poo. “Poo-poo, it’s okay. They are kosher,” Darl told the dog as he tried to feed her some Popchips. “She only eats kosher, yes,” Darl deadpanned to the camera. Then the dog licked the chips and Darl put them in his own mouth. Yum!

Amusing as they were, none of these caricatures would have been in the least bit appealing in real life. Popchips, of course, planned it this way. After viewers watched the Popchips celebrity spokesperson (the company calls Kutcher its “President of Pop”) put on his show, they were invited to the fictional dating service’s app on the Popchips Facebook page, where they could play matchmaker for their friends.

But it looks now as though Popchips has lost its opportunity — at least this time around — to harvest potential customers’ personal information.