More on Kunis and Kutcher: The First Kiss 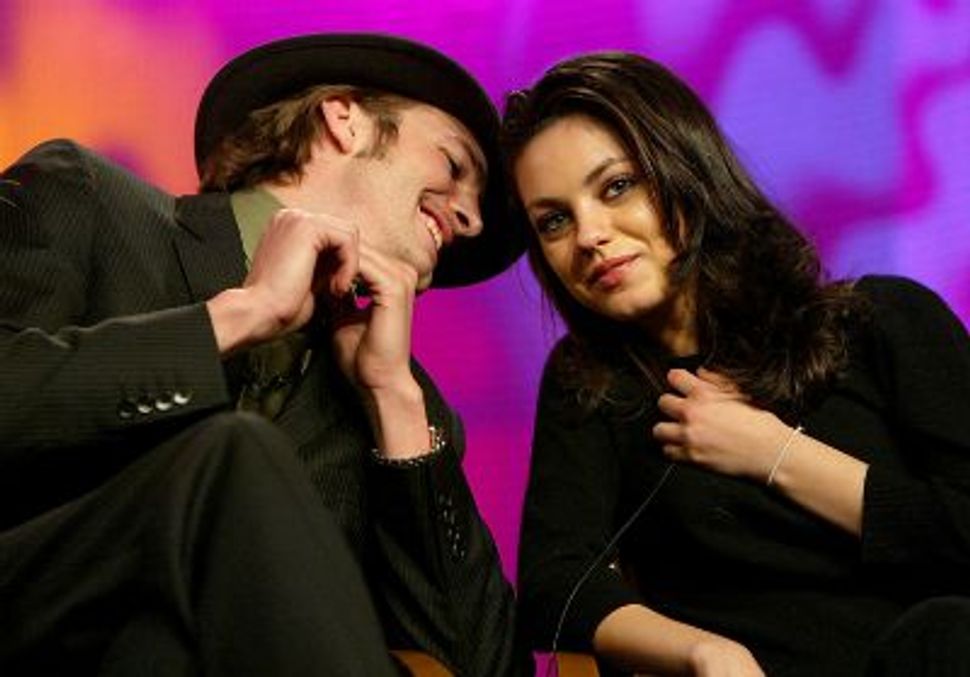 Poor Mila Kunis and Ashton Kutcher. The gossip media just won’t give the rumor that they are more than just good friends a rest. People just want to know what’s up with Kunis, who not long ago complained of having no dates, and Kutcher, who recently split from his wife Demi Moore, spending so much quality time together.

And speaking of people, the magazine with that name has suggested that it may not just be chance that has brought the two actors together now. Someone at People went digging through the publication’s archives and found an item from 2001 in which Kunis divulged that her on-screen kiss with Kutcher in an episode of “That 70s Show” in 1998 was actually her first kiss ever. Kunis was 15 at the time and very nervous. “I was like, ‘Oh, he’s so cute, it’s the Calvin Klein model!’” Kunis said in the 2001 interview. “Then I was like, ‘I have to kiss him?’ I was so nervous and uncomfortable. I had the biggest crush on him.”

Kutcher, on the other hand, told People that same year that he was surprised to learn that that had been Kunis’s first kiss. “I’m the first guy she kissed? Oh my god, I had no idea!” he was reported as saying. “I’m so glad I didn’t know that or it would’ve been too much pressure.” Remembering that Kunis seemed like she was a pro at kissing, he added, “I was the one with the butterflies in my stomach. I mean, here’s this little girl and I have to kiss her. It was nerve-racking.”

Many would doubt that one’s romantic fate is sealed with a first kiss, but for those who are believers, it would seem that this ostensible Kutcher-Kunis liaison could simply be nothing but bashert.

More on Kunis and Kutcher: The First Kiss