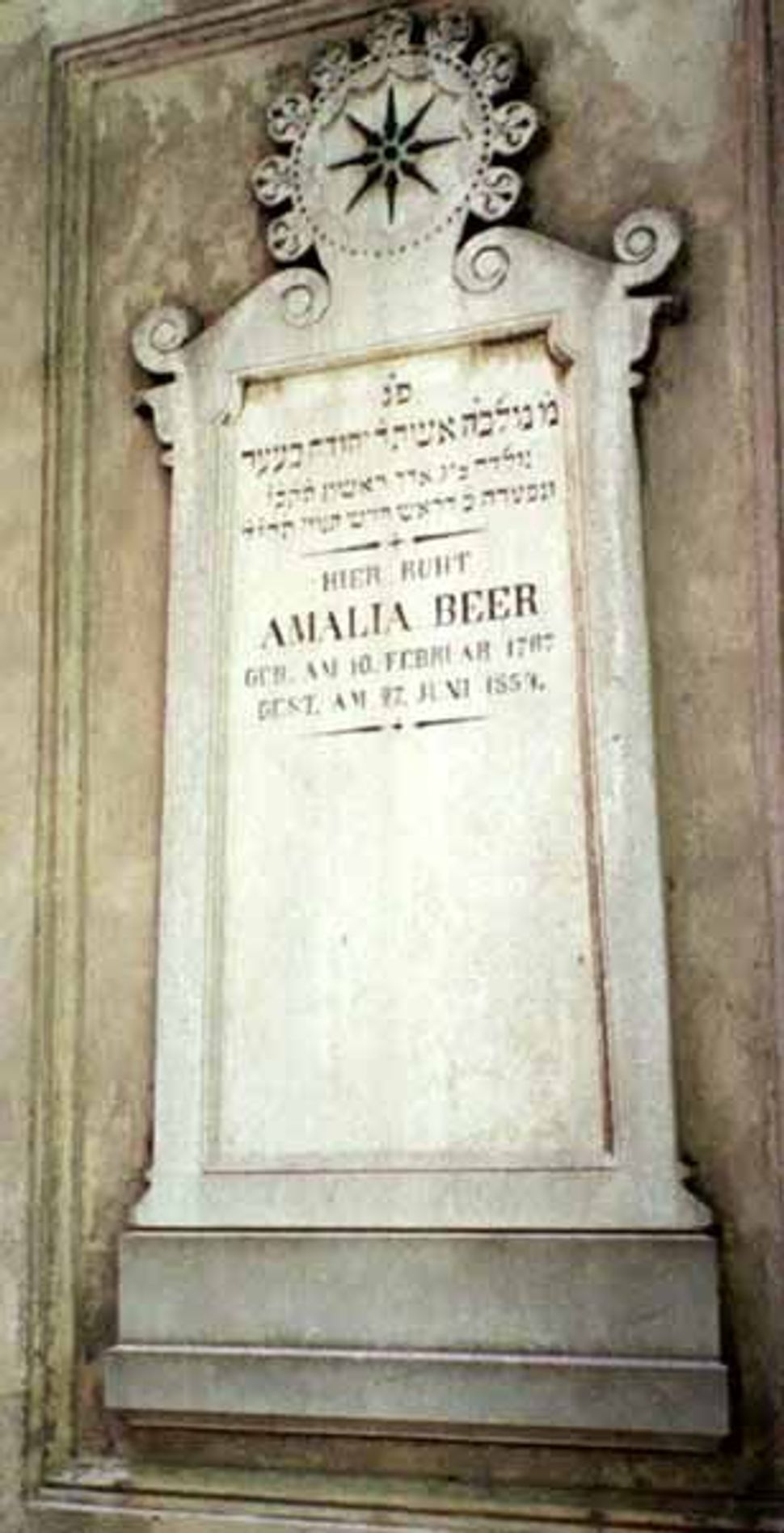 Amalia Beer was one of 19th-century Berlin’s preeminent salonieres. The Brothers Grimm and Humboldt, the poet Heinrich Heine and composer Felix Mendelssohn were all regular guests at her famous soirées. On May 6, this vanished world was briefly resurrected in the confines of the Berlin Philharmonic’s Chamber Music Hall with a program that combined music and spoken word performance. The packed concert, which will be repeated May 13, was titled “Soirée at Amalie Beer’s, Berlin 1820” and presented a loving portrait of the fascinating Jewish woman who once stood at the center of the city’s musical and intellectual life.

Over two very packed hours, members of the Philharmonic, joined by the spirited soprano Laura Nicorescu, performed music of the period that would have been heard in the Beer salon. Works by Beer’s famous son Giacomo Meyerbeer (né Jacob Beer) figured prominently, alongside chamber works and songs by Mendelssohn, Schubert, Donizetti, Rossini, Weber and Louis Spohr. The musical instruments shared the stage with Central European Biedermeier furniture intended to create a suitably salon-like ambiance. Supplementing the musical performance were selections from the letters and diaries of Amalia Beer, Meyerbeer and Heine, recited dramatically (and often quite humorously) by the wonderful German actor Burghart Klaussner.

Unlike that of the Mendelssohn family, the Beers’ path to assimilation and cultural ascendency did not include conversion. Klaussner read a letter from Meyerbeer — who Italianized his name during his musical studies with Antonio Salieri — in which he promised his mother to remain true to Judaism. Meyerbeer, who achieved success as the inventor of French Grand Opéra, remained an observant and practicing Jew his entire life, much of which was spent in Paris. He is buried alongside his mother’s grave in Berlin’s Jewish Schönhauser Allee cemetery. Today, his operas — among the most popular of the 19th century — are seldom performed. His name is perhaps best known in Germany for a Starbucks-style coffee chain that bizarrely bears his name.

Introducing the concert, program director Götz Teutsch called Amalia Beer a “great Berlinerin” and lamented that Berlin does not commemorate her in any official way. It was thus impressive, and even momentous, that this tribute to Beer was able to pack the house full of Berliners who showed up to learn about this fascinating and important figure.