‘The Dictator’ Meant Those Ashes for George Clooney 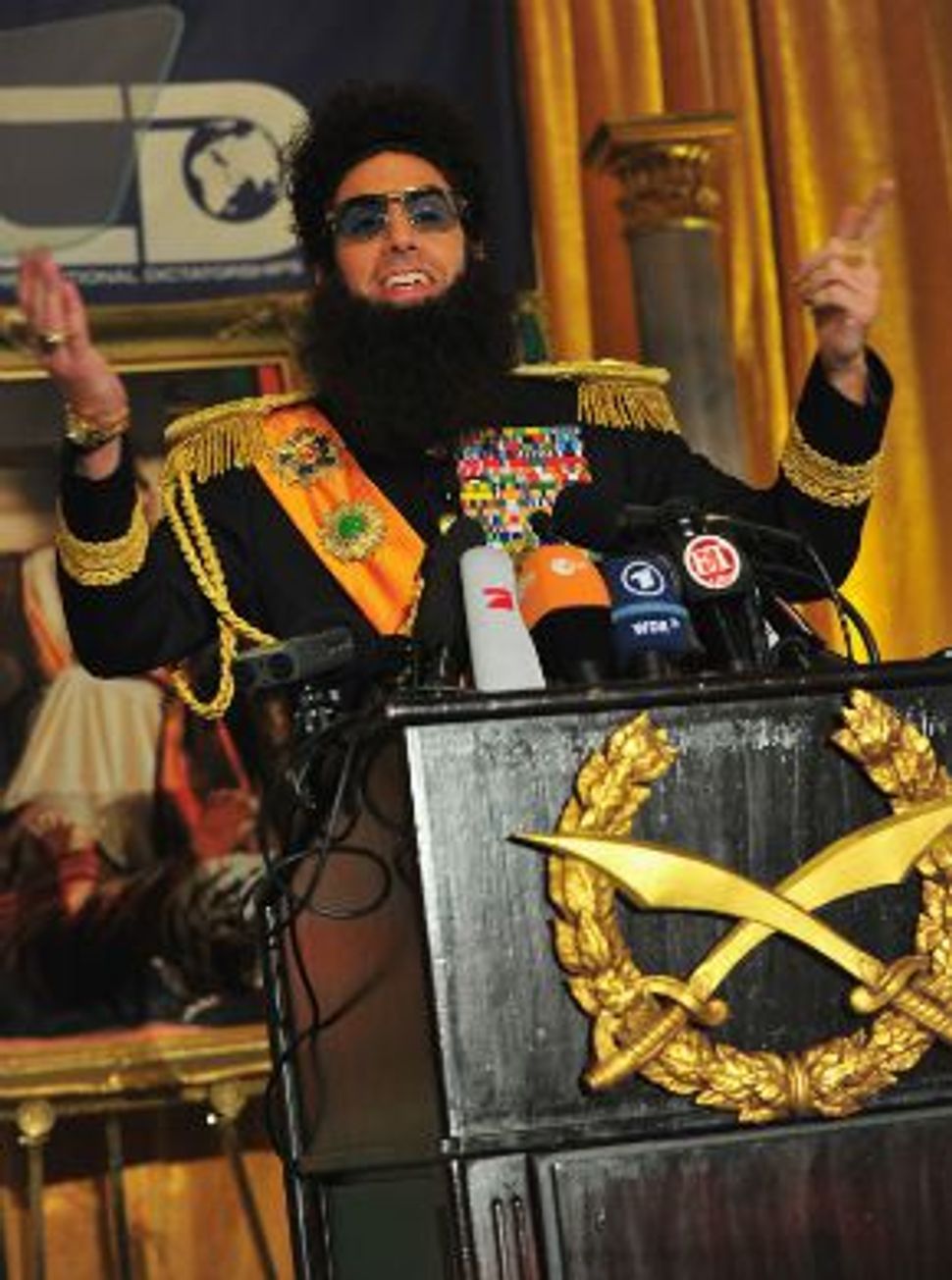 Whoops! You know those Kim Jong-il “ashes” that Sacha Baron Cohen — in character as the Supreme Leader of Wadiya — spilled all over Ryan Seacrest on the red carpet at the Oscars? Well, it turns out that they were originally meant for George Clooney…and that the provocateur is contrite over the incident.

Last weekend, Baron Cohen made a surprise cameo on Saturday Night Live and used the opportunity to apologize to Seacrest, who was also on the set. “I didn’t realize that ‘The Dictator’ was doing a walk on cameo [on SNL]!” Seacrest said, according to Perez Hilton. “He comes off stage and comes over to me. He breaks character and says, ‘Sorry about the Oscars. It wasn’t personal.’”

Seacrest feels much better now that he knows that the late Korean dictator’s “ashes” were originally slated to ruin a big movie star’s tux, and not his. “He [Baron Cohen] said, ‘We were going to do it on George Clooney, and then someone decided that it wasn’t a great idea because he was up for a lot of nominations. It was big night for him that night.’ Then they somehow spun ‘The Wheel of Tragedy’ and it ended on my name,” Seacrest quipped.

He should just be glad he got off the SNL set without being the victim of any further “mishaps” on the part of Admiral General Aladeen.

‘The Dictator’ Meant Those Ashes for George Clooney