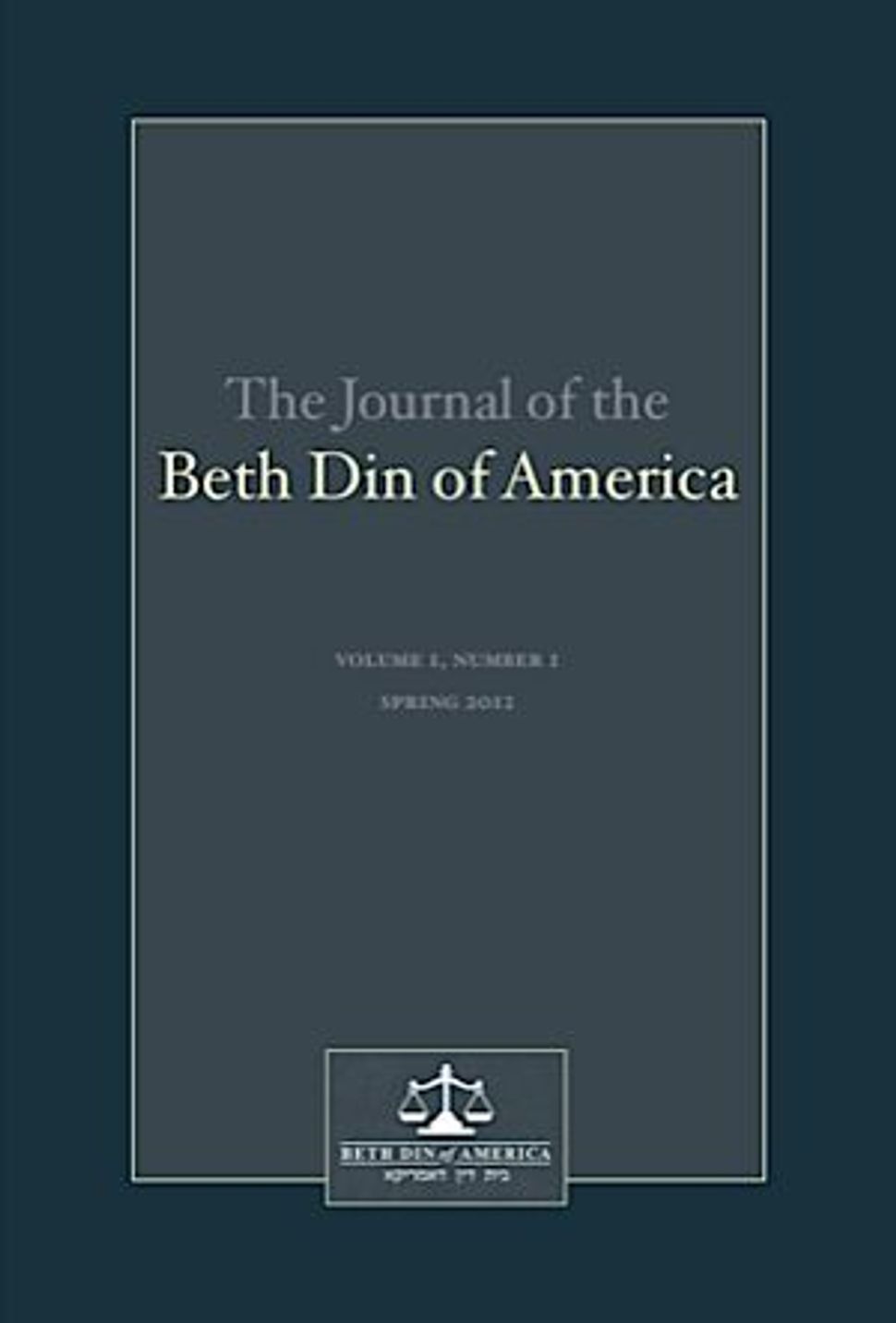 Standard halacha, or Jewish law, demands that Jews take their disputes to a court of Jewish law — a beit, or beth, din. It’s a hard sell in countries where Jewish courts have no power of enforcement and the secular courts seem fair. To get Jews to follow the policy in real life, rabbis have to convince them that their courts provide just and prompt resolutions to disputes. The recently produced first issue of The Journal of the Beth Din of America, published in collaboration with the Rabbi Isaac Elchanan Theological Seminary of Yeshiva University, seems a sophisticated effort to do just that.

The journal features an article by Rabbi Yaacov Feit that gives a straightforward history of this policy. For Jews to take their disputes to any court other than a beit din is an insult to the Torah, according to the Talmud and later classical sources. Yet Feit does not ask whether it insults the Torah to study other legal systems, or to earn a living from them. Should a Jew attend law school in America, or serve as a lawyer or judge? Working as a lawyer also seems an insult to the Torah, but Feit does not consider this case. In practice, many observant Jews do earn their livelihoods in American law.

In another feature the journal presents a pair of case studies, showing the court’s response to two difficult issues. In one case, the judges of the Beit Din of America decided on whether a defendant owed damages for failing to deliver quality plastic bags to a customer. In another, they ruled about a possible instance of unfair competition between candy businesses. The decisions, as described, seem equitable and reasonable applications of Jewish law, and The Journal of the Beth Din of America presents an attractive picture of the court.

In each case, the rabbinic court decided according to halachah. If the litigants had made their agreement under another legal system, however, such as the Uniform Commercial Code, the court might have applied the other system, as the journal notes elsewhere. But what law should apply if a dissatisfied customer discovers that his vendor happens to be a Jew? Until that moment, the customer expected any dispute to go to a secular court. The outcome of the case may hinge on which legal system applies. The rules for deciding do not seem transparent.

An issue not appearing in the journal is that only male judges may serve on an Orthodox beit din. A few decades ago, this would have seemed unexceptional. Hardly any women had ever served as judges in any other legal system, either. (The biblical Deborah being a notable exception.) Now, in 21st-century America, this exclusion needs some defense. Should a woman feel that male judges will give her case as sympathetic attention as they would give a case brought by a man? Do the judges have a record of fairness to women? Defenders of the beit din will have to overcome decades of suspicion to make the case for male judges. The Journal of the Beth Din of America, in its first edition, has not yet tried.