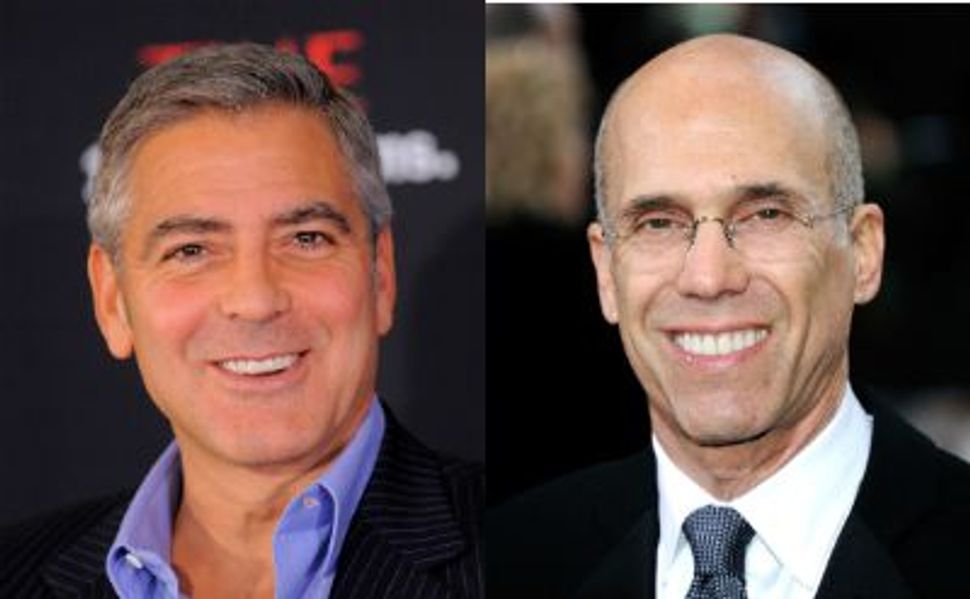 In case you hadn’t heard, there is going to be a big fundraising bash for President Obama’s reelection campaign tonight over at George Clooney’s place.

No one — well, at least no Democrat — would want to miss that, right? But before you run to put on your party dress, you might want to know what it’s going to cost you to get through Clooney’s front door.

Two lucky winners received invitations raffled off at $3 a ticket. But for the rest of the crowd, the entrance fee is $40,000. That’s $40,000 a head, not per couple. Soliciting that kind of cash has been the job of Dreamworks CEO Jeffrey Katzenberg.

According to a story in the Wall Street Journal, the total tally for the fundraiser is going to be higher than initially expected due in large part to the $3 contributions. “The number of people who wanted to go to Clooney’s house was through the roof,” a person familiar with the dinner said.

But we can’t discount Katzenberg’s persuasive powers. There may have been a whole lot of little donations, but we can bet that those $40,000 solicitations are what brought the total amount raised from the $10 million projected by Clooney to a whopping $15 million—the most ever raised by Obama at a single event since he first entered the race for the Presidency in 2007.