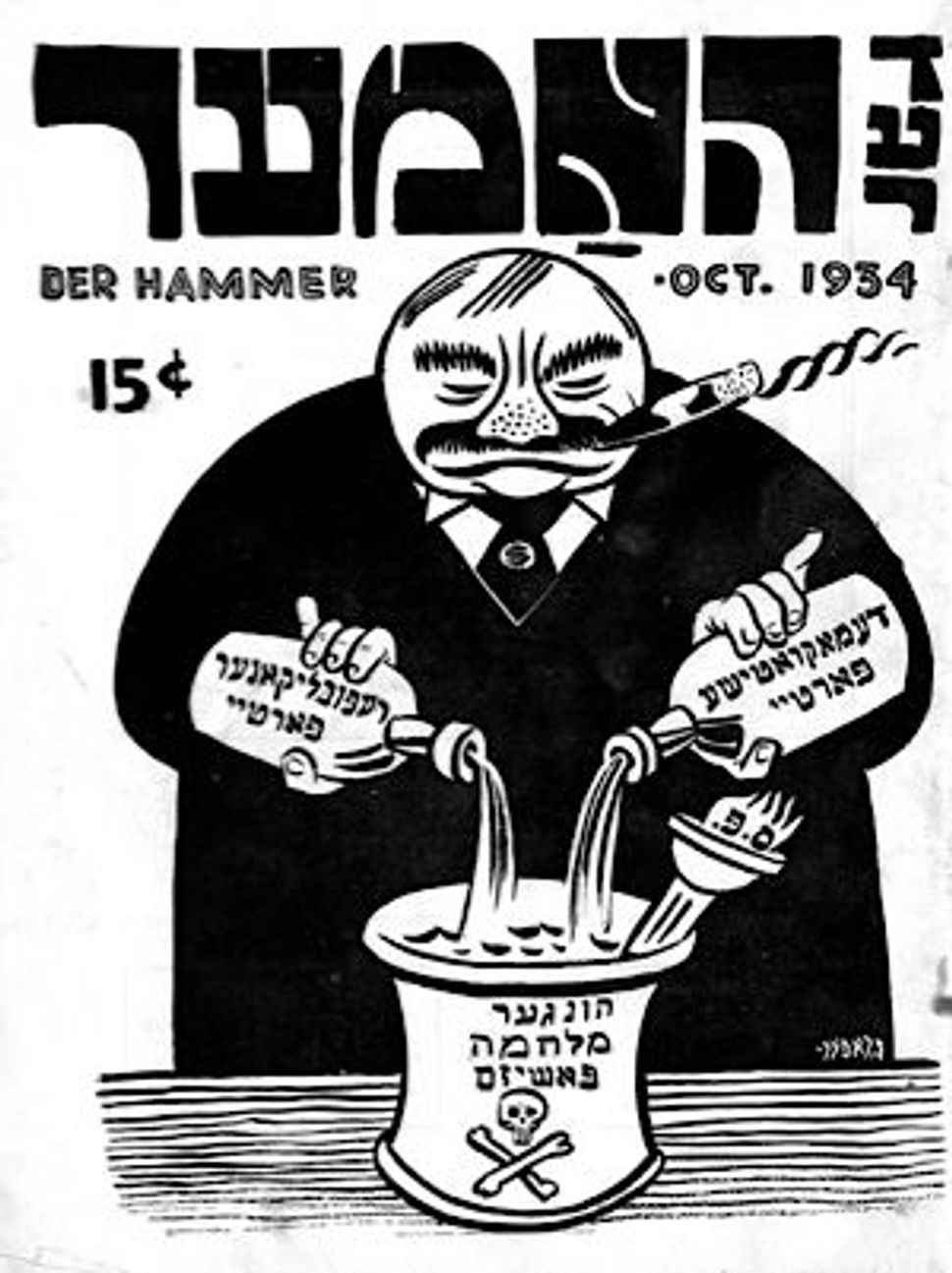 In conjunction with its conference on “Jews and the Left” (see our story here), the YIVO Institute for Jewish Research has prepared an outstanding exhibition called “Shades of Red: Yiddish Left-Wing Press in America,” curated by Krysia Fisher and on view until September, 2012. Among the highlights of the exhibition is a series of arresting covers for the Communist monthly Der Hammer, many of them by William Gropper (1897-1977), one of America’s most significant social realist illustrators and painters.

Gropper’s is a classic Jewish American story. His immigrant parents settled on the Lower East Side and worked in the garment industry. He lost an aunt in the Triangle Shirtwaist Factory Fire, which some scholars cite as the reason for his politics. Though, as the conference demonstrated, radicalism was a vibrant part of Jewish life at the time.

Gropper studied art in public school and a portfolio of his work led Frank Parsons to admit him to the New York School of Fine and Applied Arts (now Parsons The New School For Design). Gropper worked as an illustrator for Yiddish and English publications including The New York Tribune, The Liberator, The Masses, The New Masses, Vanity Fair and, of course, Der Hammer.

The Der Hammer covers range from the simple, two-tone, September, 1927 cover of a worker fashioning a sickle, to the intense, polychromatic call to arms of March/April, 1931. They can be exalting (as in August, 1927), or brutally savage. His October, 1934 cover shows a fat, cigar-smoking capitalist mixing together bottles of “Democratic party” and “Republican party” to make a poison of “Hunger/War/Fascism.” This particular cover was signed and features text in Yiddish, but its use of symbols like “$” for money, and the skull-and-crossbones for poison, spreads its message to all readers.

Gropper’s covers are a testament both the internationalism of the Yiddish press, and to the integration of Yiddish and English-speaking Communists in the 1920s and ‘30s.

View a slideshow of covers from Der Hammer. All images courtesy of Archives of the YIVO Institute for Jewish Research.