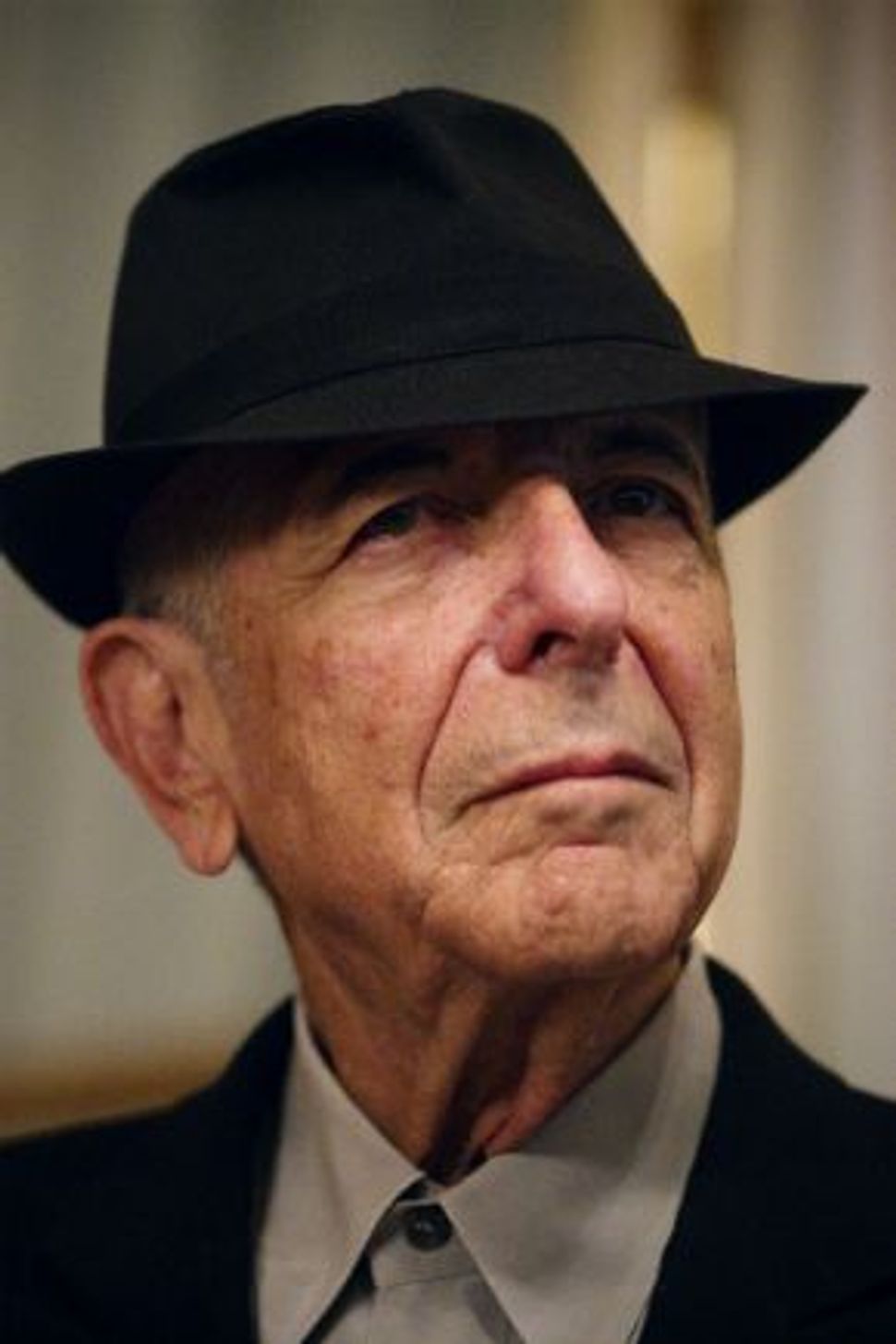 Leonard Cohen humbly accepted the Glenn Gould Prize on May 14 in Toronto, and then promptly gave away the $50,000 that goes with it to the Canada Council for the Arts.

“Thank you so much … how very kind of you to greet me with such hospitality,” the 77-year-old poet, songwriter, singer and author said as he briefly doffed his trademark black fedora. Cohen kept his acceptance remarks short so as to allow maximum time onstage for the musicians who had come to honor him by performing covers of some of his most famous songs. Among them were Illinois country-folk songwriter John Prine, Toronto roots outfit Cowboy Junkies and Blue Rodeo’s Greg Keelor. Cohen’s son Adam was also there to fete his father, performing “Hey, That’s No Way To Say Goodbye” and the 1967 hit “So Long, Marianne.”

Cohen did, however, take the time to tell the story of how he first met the late Glenn Gould, the eccentric piano virtuoso, many years ago. Cohen was 20 years old at the time and had gone to Gould’s Toronto home to interview him for an article. In an age before tape recorders, Cohen had to write everything down. When the interview, initially meant to take only a few minutes stretched on for hours, Cohen stopped taking notes. “I was so engrossed by what he was saying, I stopped taking notes. Those words were burned into my soul,” Cohen recounted. The only problem was that when he returned home to Montreal to write the article, “I couldn’t remember a word that he said.”

Actor Alan Rickman, author Michael Ondaatje, and journalist and stateswoman Adrienne Clarkson came on stage to praise Cohen, who is the ninth recipient of this biennial award. But perhaps the simplest and most moving tribute came from Adam Cohen. “I welled up when my father was speaking. I’m so honored to be part of this honor,” the son said. “Thank you for the music. Thank you dad.”