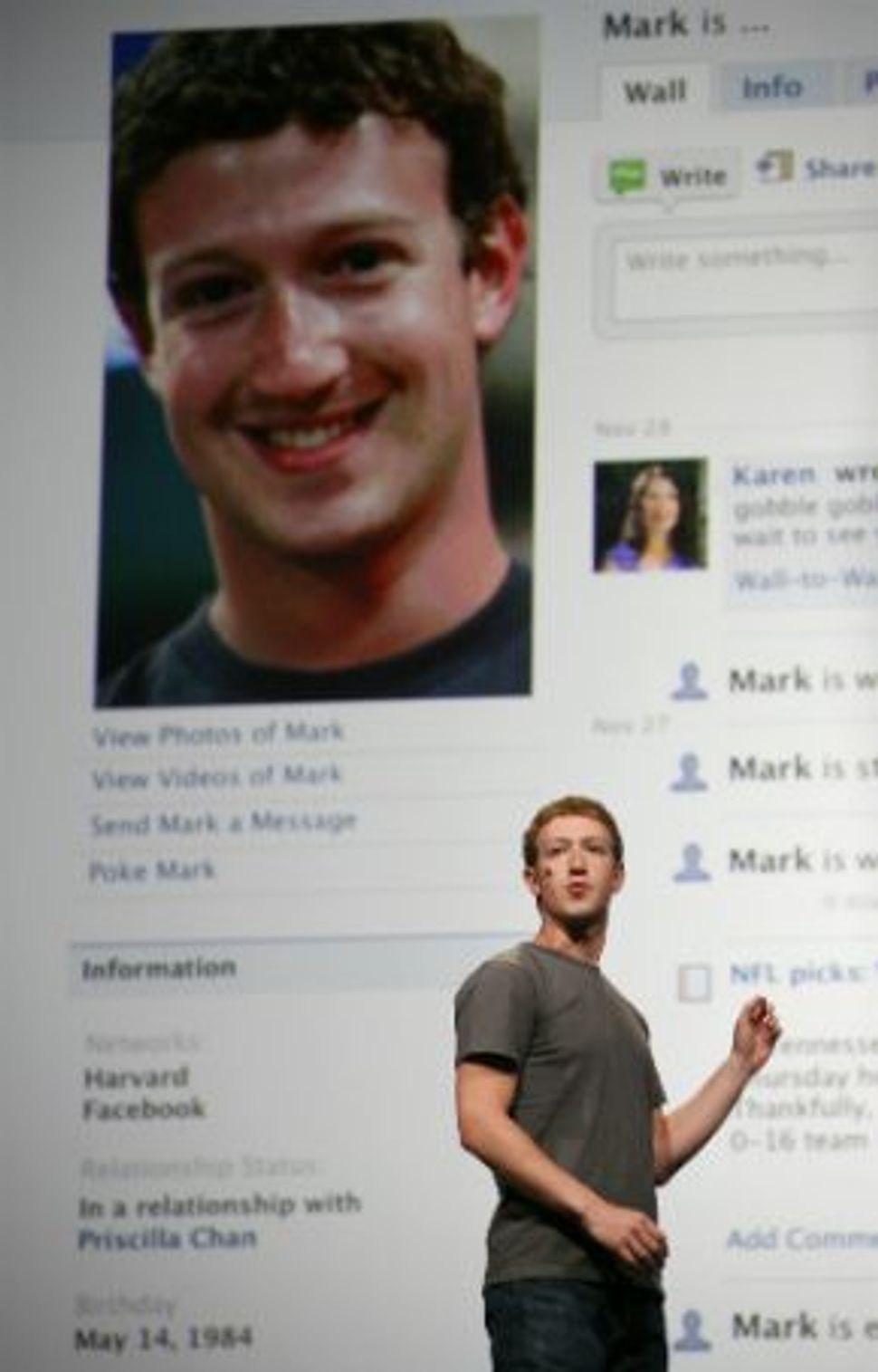 Mark Zuckerberg may have not worn a suit to meet with investors in New York, but at least he ditched his hoodie for his own wedding.

In a move that was a surprise even to the wedding guests, the Facebook founder and CEO married his longtime girlfriend Priscilla Chan on Saturday in the backyard of their Palo Alto, California home. Just a day after the much-hyped Facebook IPO, the couple invited fewer than 100 friends and family for what was ostensibly a party for Chan, 27, who had graduated from medical school at the University of California at San Francisco on May 14 (which was coincidentally Zuckerberg’s 28th birthday). But in a bait-and- switch move, the couple announced that the party was actually a wedding only after the guests had arrived.

Although none of the guests are talking to the media, some details did leak out about the bride’s dress and the low-key meal that was served. There’s been no word at all on who presided at the ceremony, or whether there was a chuppah involved.

Commentators are noting how smart Zuckerberg was to pull off a stunt like this in order to prevent advance publicity. They are also wondering whether there was a prenuptial agreement involved. “Reps for Zuckerberg didn’t respond to requests for comment, but anyone worth $19 billion who gets married in a community property state would be an idiot not to have a prenup. Zuckerberg, love him or hate him, is no idiot,” The Reliable Source wrote in the Washington Post.

Zuckerberg and Chan, having met as undergraduates at Harvard, have been dating for nine years. Chan is planning to go into pediatrics, and she reportedly inspired her now-husband to promote organ donation on Facebook.

So if this wedding was such a secret, how did we all find out about it? Naturally, it was because Zuckerberg changed his relationship status to “married to Priscilla Chan” on his Facebook page. The post garnered hundreds of thousands of “likes” in mere minutes. As of Monday morning, it has 1,064,181 “likes” and 743 comments, including many “Mazel tov”s.