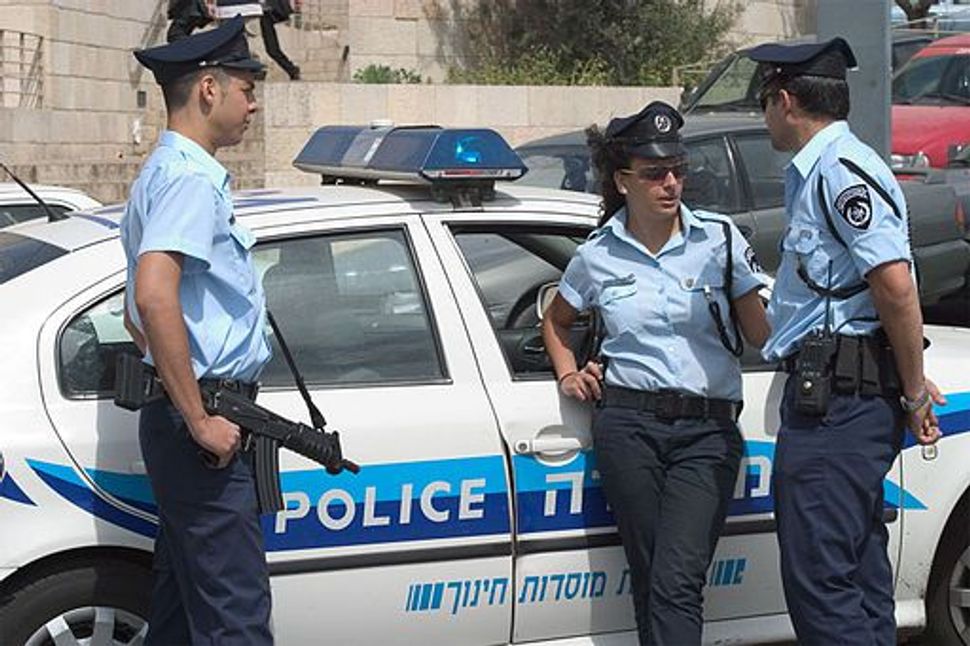 So, you think there isn’t much work out there in the public sector for Yiddish speakers, right? Well, think again. If you just happen to speak the mameloshn and have always wanted to serve the public, then there’s a job for you.

It seems the police department in Israel’s capital is looking for native Yiddish speakers to join its Central Unit. According to the Haredi news website B’hadrei Haredim, flyers have been see posted around town saying: “Wanted: Israel Police, Jerusalem’s Central Unit, seeks native Yiddish speakers for an interesting and challenging position. The position is open to men and women who are about to finish their studies. Position is not open to students.” In other words, there’s no moonlighting as a cop if you are still a yeshiva bocher.

Sources in Jerusalem’s police departments say that in the last year they have been recruiting officers from various sectors of society, including Ethiopians, Russians and Arabs. Given that there have been police investigations in the Haredi community recently, it would make sense to recruit individuals who have insight into this sector and can communicate effectively with its members.

The new Yiddish-speaking recruits would be involved in intelligence gathering, crime investigation and the handling of criminals.

For those of you Yiddish naysayers who insist the language is dead in every day life, we need only remind you that today, in 2012, cops are interrogating perps in Yiddish. If that isn’t everyday life, then what is? It’s Law and Order: SYU (Special Yiddish Unit).