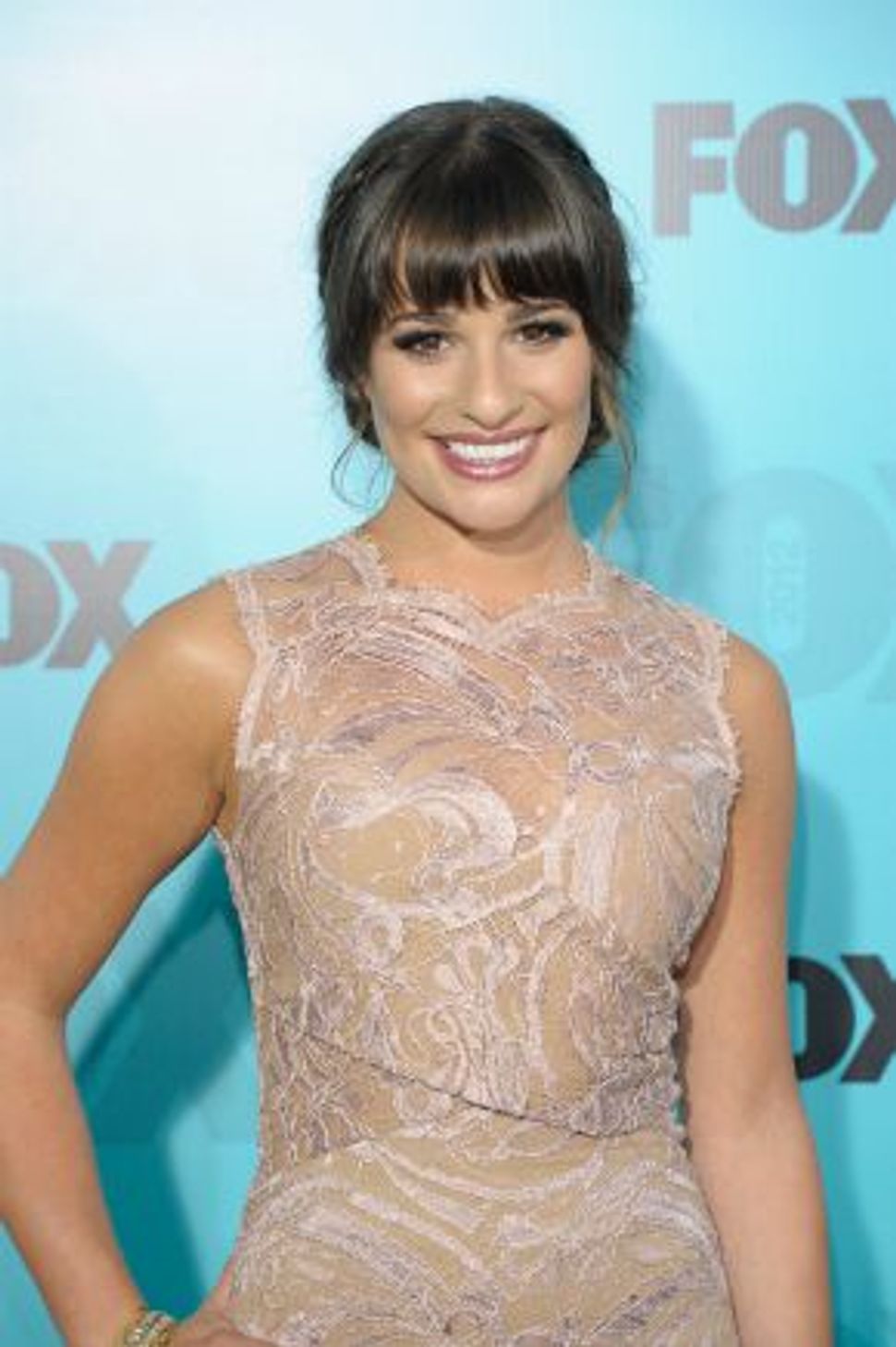 The Shmooze is not in the habit of taking our favorite starlets to task for the silly things they say on late-night television, but Lea Michele’s chat with David Letterman last night caught our attention. Would it have killed the “Glee” star, who snagged spot #14 on Maxim’s straightforwardly salacious Hot 100 list, to show off something other than her figure?

Perhaps we’re expecting too much. It’s not Michele’s fault Maxim thinks she’s sexy, after all, and she did talk about the season finale of “Glee,” which airs tonight, and about what may or may not happen next season. She joked that living in Los Angeles has caused her to lose cred as a New Yorker. But the rest of her comments — not to mention her choice of wardrobe — seemed calculated to get the audience to think about her body.

At the start of the segment, for example, Michele complained about Letterman’s chilly studio before alluding to the fact that she could have “worn more clothes.” Like something without a giant hole over the breasts, perhaps? (That’s a white Amen dress with a “deep V cut-out,” according to the New York Post.)

The interview really takes off when Michele, responding to Letterman’s question about a tattoo on her wrist, leans toward him and coos, “You’re always talking about my tattoos! You’re like my dad!” She goes on to describe getting tattoos as a shared family pastime: “Then we get super sentimental, and then the next day I wake up with, like, another butterfly on my foot.” The family-girl-with-a-naughty-streak bit builds to Michele’s revelation that she may have reached her limit at 14 tattoos. “All my secret hidden spots are done,” she says. “My real estate is over.” Letterman chimes in with what everybody’s already thinking: “You have fourteen secret spots?”

It’s also worth noting that, despite some great efforts to claim Michele as a nice Jewish girl (she kept her nose!), she identifies primarily as part of a “big Italian family.” If the ink didn’t tip you off, the fact that Michele’s most recent family outing to the tattoo parlor took place after Easter dinner should serve as a clue that we’re not talking about her Sephardic roots here.

Jewish or not Jewish, though, it’d be great to see a woman like Michele sit down with Letterman and have a grown-up conversation about her ideas — thoughts, not just secret spots.

Is the Shmooze just having a grouchy day? Watch the clip and decide for yourself.