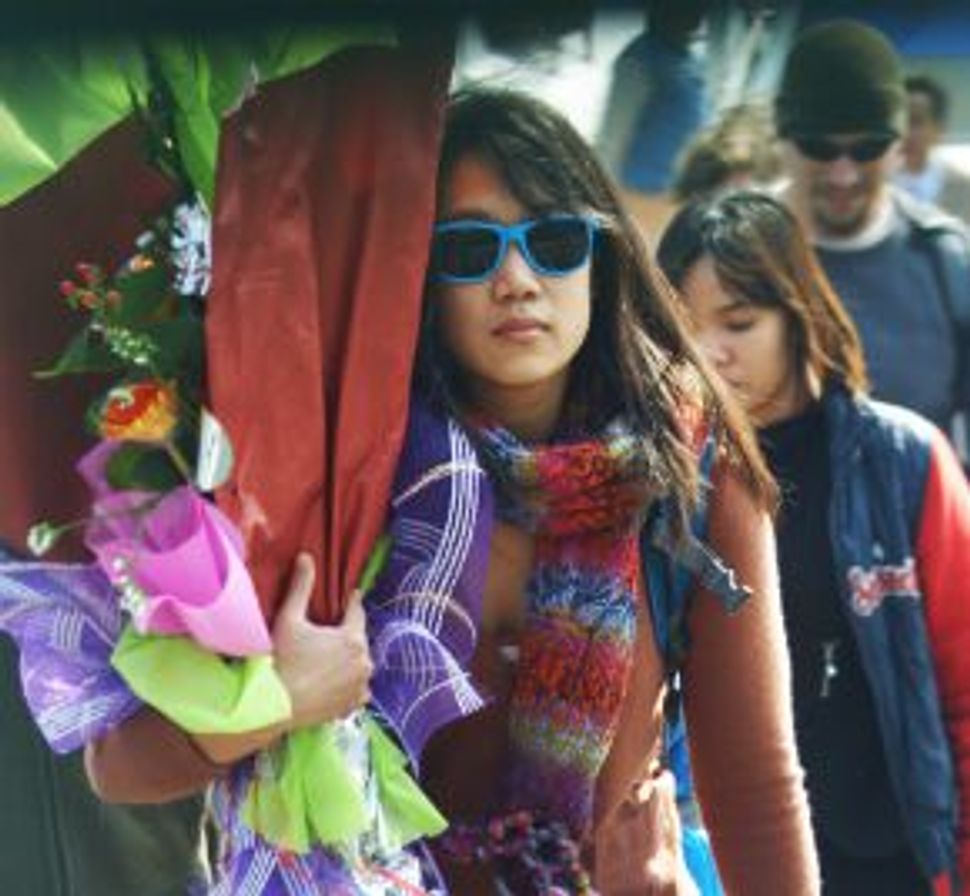 Chan in Vietnam in 2011 Image by Getty Images

Now that the world knows who Priscilla Chan is, she’s being spotted everywhere — including in a Chinese TV documentary on the country’s police force. Oddly enough, a short snippet of footage of Chan and her husband, Facebook founder and CEO Mark Zuckerberg, has shown up in the program highlighting how Chinese police use hi-tech methods to fight crime.

Loving a guy — even if all he wears is hoodies — is no crime, so it must be complete coincidence that the image of the couple strolling on the streets of Shanghai last March made it into the film. “There is a serious shortage in China’s police manpower,” the narrator said as Zuckerberg and Chan appeared walking and smiling behind a couple of officers. In China there is probably a severe shortage of people who even know who Zuckerberg is, let alone what he looks like, given that Facebook is blocked there.

And speaking of Chan and walking, People magazine has revealed that Chan walked down the aisle at her wedding not with her father, but with the couple’s pooch. Beast Zuckerberg, a 1-year-old Puli (a type of Hungarian sheepdog) with 578,685 likes on his Facebook page, accompanied the bride on her way to meet her groom. Beast matched the bride’s white gown with his clean shaggy white coat and white ribbon leash. He even had his hair clipped up and out of his eyes for the occasion. After all, it’s not everyday that mom and dad get married.