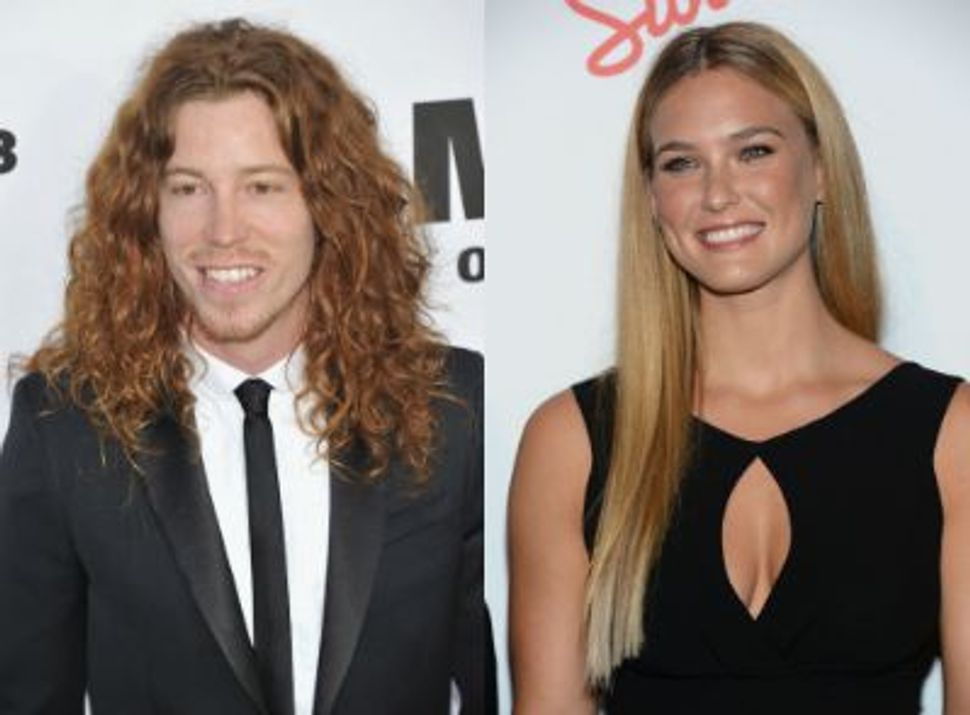 Looks like Bar Rafaeli doesn’t have that much trouble getting a date after all. Olympic snowboarder Shaun White might have been listening when the Maxim Hot 100 topper complained on Conan that men never approach her. White and Rafaeli were caught canoodling in a SoHo lounge over Memorial Day weekend, according to Fox Sports.

White, known for his shoulder-length carrot-colored locks and nickname “the Flying Tomato,” met Rafaeli outside a club in the wee hours in the morning. A waitress spied them kissing and dancing until 3 a.m., when White chivalrously escorted Rafaeli to a car and not so chivalrously forgot to tip for his VIP table. Though there’s no confirmation from either star’s representative, the two were also seen taking a leisurely bike ride around Central Park on Tuesday. It just goes to show: Every tomato has his day.