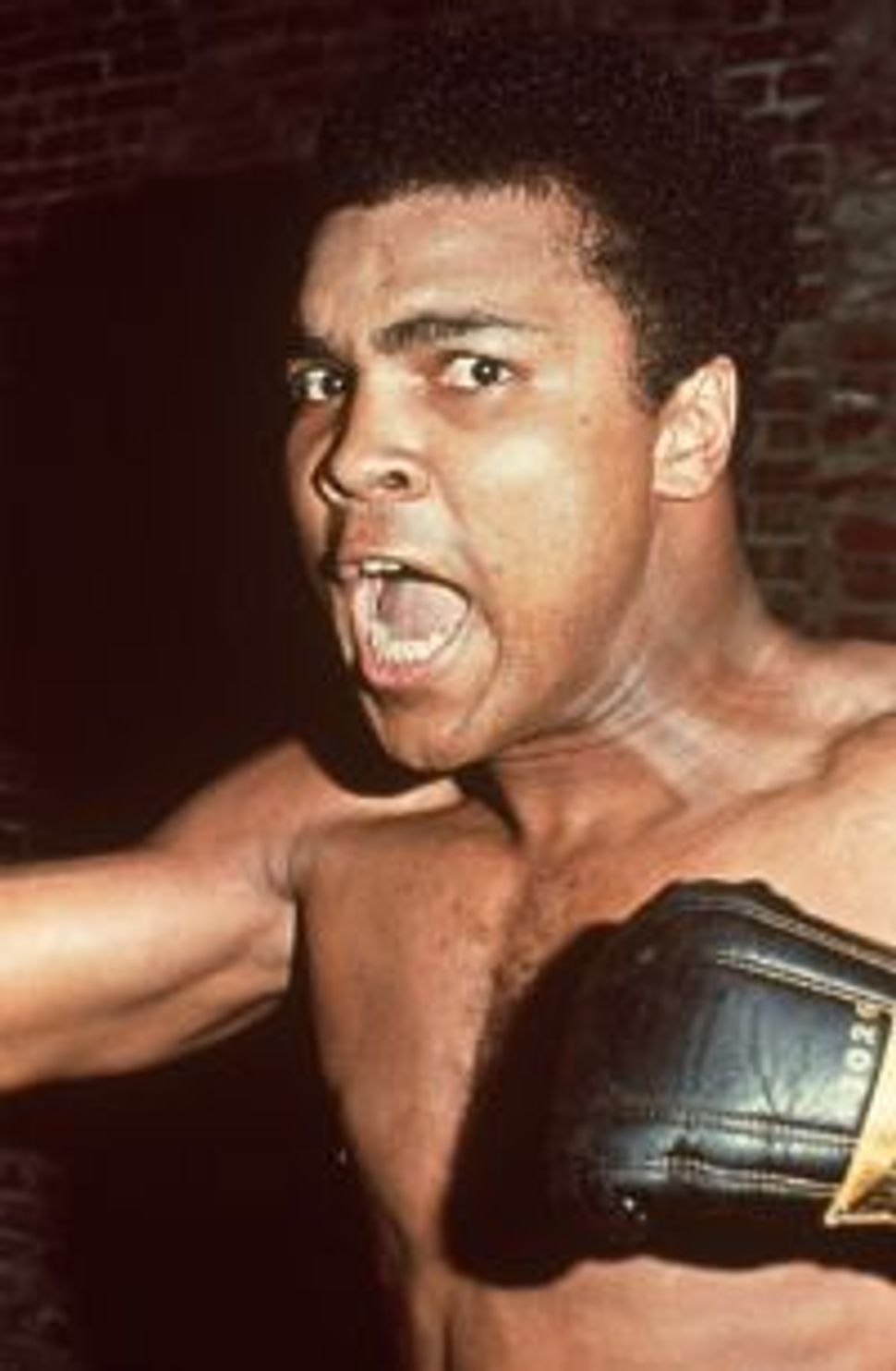 We’ve called former world heavyweight boxing champ Muhammad Ali “The Greatest,” “The People’s Champion” and “The Louisville Lip.” Now we might want to also call him “Zaidy” — and a very proud one at that.

The boxing news site “The Sweet Science” reports that the Muslim Ali’s grandson recently became a bar mitzvah. The 13-year-old boy, Jacob Wertheimer, is the son of Ali’s daughter Khaliah Ali-Wertheimer and her husband, Spencer Wertheimer.

“I was born and raised as a Muslim,” Ali-Wertheimer said. “But I’m not into organized religion. I’m more spiritual than religious. My husband is Jewish. No one put any pressure on Jacob to believe one way or another. He chose this on his own because he felt a kinship with Judaism and Jewish culture.” Accordingly, Jacob had his bar mitzvah ceremony at Philadelphia’s Congregation Rodeph Shalom on April 28.

Jacob’s mother also shared that the bar mitzvah’s theme was a celebration of diversity and inclusiveness (that sure beats Star Wars, sports or actor Max Greenfield’s SNL theme). “My father was supportive in every way. He followed everything and looked at the Torah very closely. It meant a lot to Jacob that he was there,” she said.

It would seem that Ali, who was brought up Baptist, but converted to Islam in the 1960s (he was first affiliated with the Nation of Islam, but later converted to Sunni Islam, and then Sufism), is down with all of this. Even before his grandson Jacob was born, he declared before lighting the Olympic flame at the Atlanta games in 1996:

My mother was a Baptist. She believed Jesus was the son of God, and I don’t believe that. But even though my mother had a religion different from me, I believe that, on Judgment Day, my mother will be in heaven. There are Jewish people who lead good lives. When they die, I believe they’re going to heaven. It doesn’t matter what religion you are, if you’re a good person you’ll receive God’s blessing. Muslims, Christians and Jews all serve the same God. We just serve him in different ways. Anyone who believes in One God should also believe that all people are part of one family. God created us all. And all people have to work to get along.