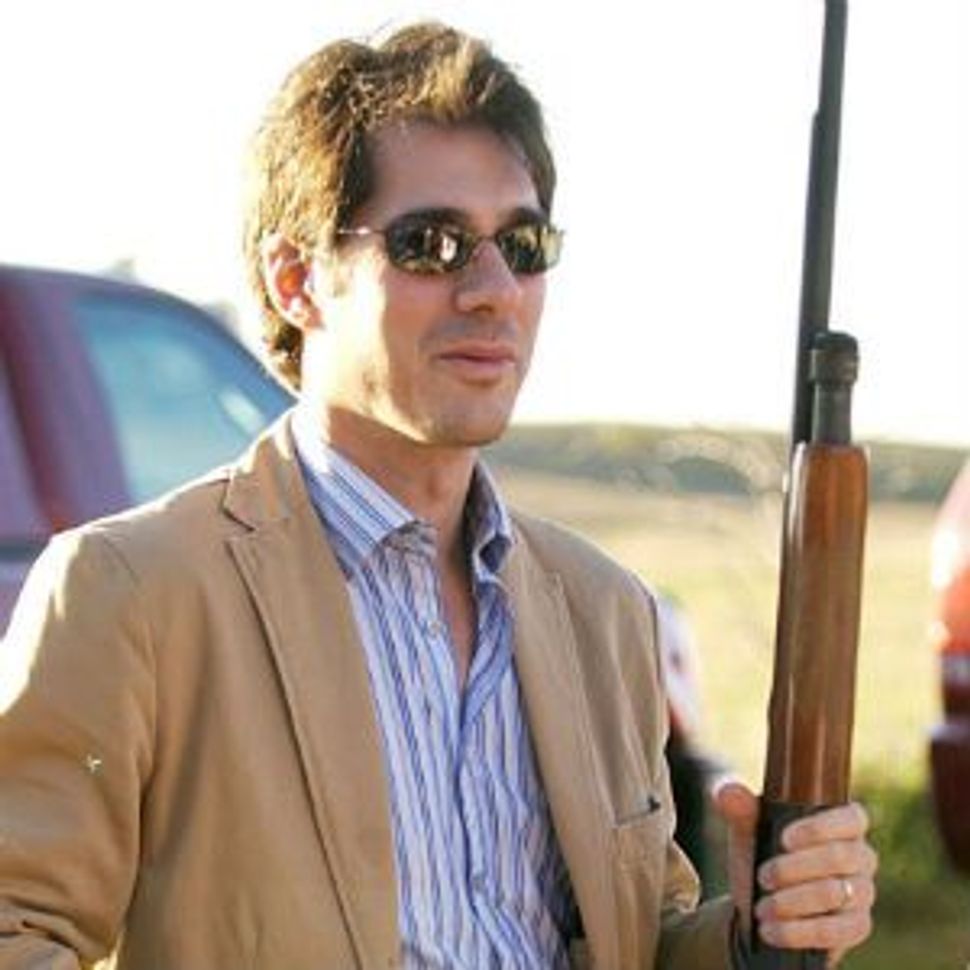 Image by Courtesy of Joel Stein

Was it possible for Joel Stein to get through his new book, “Man Made: A Stupid Quest for Masculinity,” without mentioning Judaism? Of course not. The Time Magazine humor columnist makes it only a few steps into his journey before facing the fraught ties between religion and gender. 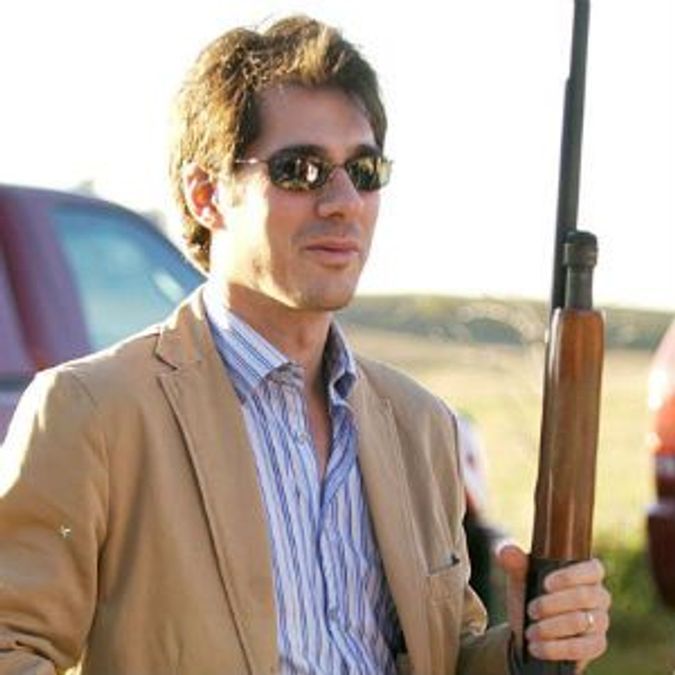 Image by Courtesy of Joel Stein

“After all that camping and firefighting, I am happy to relax in the comfort of a fellow Jew,” he writes, after arriving to learn how to throw and hit a baseball with retired L.A. Dodgers slugger, Shawn Green. “Woody Allen has made neurotic, frail, high-strung Jews seem like all we’ve got, but I don’t blame my lack of manliness on my religion. Not only are there tanned, Uzi-toting, unsmiling, Maccabee-tough Israelis, but there are the haggling, arguing, lawyering Jews that Larry David has brought back.”

Though he fires an M240 machine gun by book’s end, Stein undoubtedly belongs to the Woody Allen School of Jewish Men.

“I don’t think of myself as a man so much as a person who happens to have a penis,” he writes in the introduction.

When he sees a sonogram forecasting his first child as a son, it sends him into a panic. How can he raise a boy when he, himself, once had an Easy-Bake Oven and a glass animal collection? When he drives a yellow Mini-Cooper convertible? When the manliest tool he owns is a crème brûlée torch?

And so he sets off on the “stupid quest” of the book’s title, collecting wisdom for his son, Laszlo, and absorbing as much second-hand machismo as possible. He hunts. He fishes. He watches football. He hangs out with guys named Grizz and Buzz Smith who all seem to set their watches to military time and wear steel-toed boots.

Though the book can feel at times like a publishing stunt (conspicuous product placement doesn’t help; readers are constantly reminded that it’s Macallan Scotch that Stein is drinking, a Lamborghini that he’s driving), the writing makes the trip worthwhile. Stein is equal parts reporter and stand-up comedian: no detail of this foreign world evades his focus. When men spend lots of money on clothes before camping, they are buying “gear,” he notices.

“An enormous part of our financial system is just dudes making straight-up bets against one another,” he reports from a day-trading firm in Chicago.

Perhaps most startling to the author is the fact that manly men aren’t nearly as sarcastic as he is. He watches in awe as a hunter produces shrill warbling sounds with a latex contraption that he cups to his mouth.

“No one laughs,” Stein writes. “There is a man impersonating a turkey, and they are nodding appreciatively, acting like he’s banging out the Goldberg Variations on a piano.”

By the end of the book, Stein may not have become a tough guy, but he does have a few bruises and mementoes (a Boy Scout badge, a military buzz cut) to show that he tried. And thanks to a conversation with a strapping Jewish sergeant at a U.S. Marine Corps boot camp, he inches closer to cracking the mystery of Jewish masculinity.

“There seem to be a lot of Jews in the world of manliness,” he writes. “We just don’t hear about them because we Jews in the media never go places where we could meet them.”