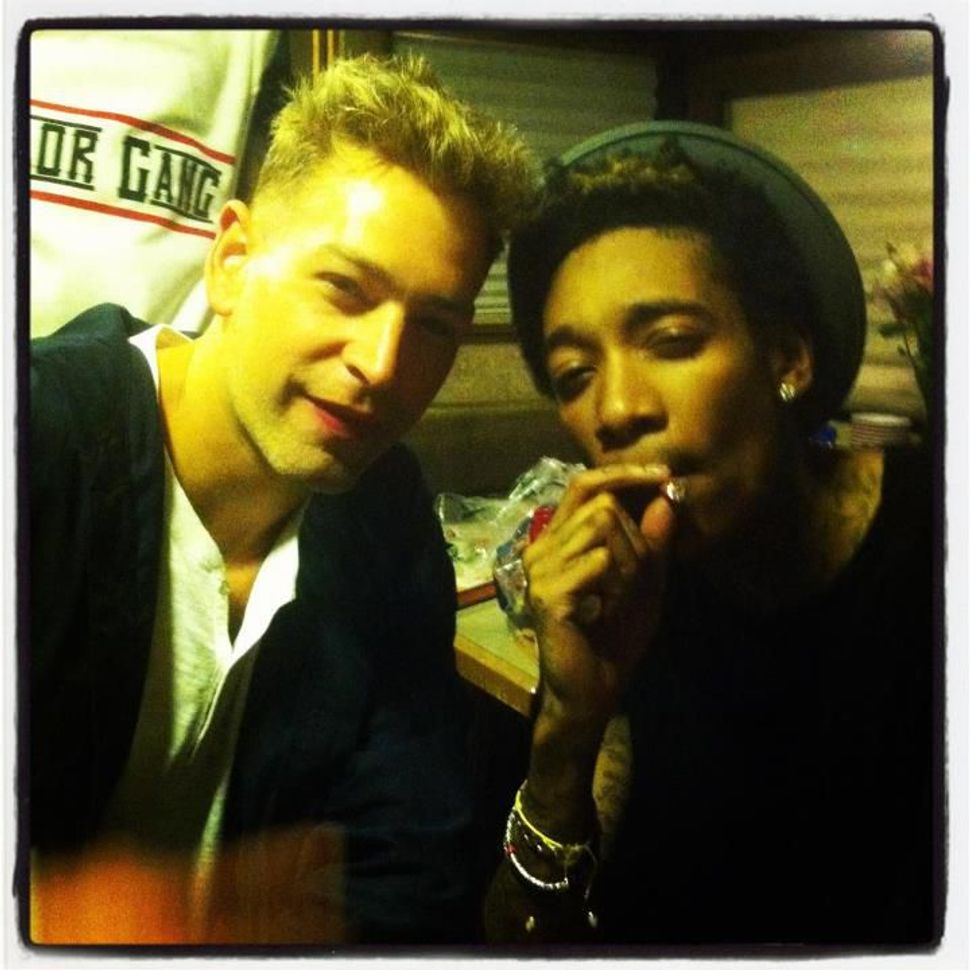 First it was the beard, now it’s the yarmulke.

Matisyahu is currently walking around clean-shaven and with an uncovered head, and this is causing a lot of pain for observant Jewish fans who are lamenting what appears to be the once-Hasidic singer’s rapid slide in to secularism.

In case you missed it, the reggae performer posted on Facebook a photo of himself sans kippah, as well as another of him posing with rapper Wiz Khalifa, who appears to be smoking a joint.

Heeb has used the opportunity to humorously point out that the new and improved(?) Matisyahu bears more than a passing resemblance to Vanilla Ice. Others, however, are crying more than they are laughing about this transformation, which reportedly includes his getting rid of his tzizit, as well.

Elad Nehorai wrote in the Huffington Post that Matisyahu’s general audience doesn’t get why this is such a big deal for his Orthodox Jewish fans:

Religious Jews, especially the young ones who, more than any other generation for the last 5,000 years, have felt connected to the secular world, the “outside” world, felt an incredible connection with him. He wasn’t just a role model, the way a president is, or anyone else. He was a brother. Someone who had a connection with us no one else could understand. And he represented our culture to the entire world in a way that the world could finally understand and connect to who we were.

The problem now is that Matisyahu seems to no longer be interested in serving as this representative. Nehorai writes that this latest blow is in some ways even harder to take than the shocking disappearance of the beard. “Words cannot describe what it is like when your brother, the person you looked up to and admired for so long, rejects everything you hold dear,” he lamented. “It used to be that we loved him for the great good he did for us and the world, for the way he proudly represented who he was, without any apologies and with a full heart. He was our spokesman, our ambassador and mentor. Now he’s just our brother. A person we’ll always love, but who has, nonetheless, broken our hearts.”

But who knows? Maybe Matisyahu is on his way to carving out a different kind of Jewish path.