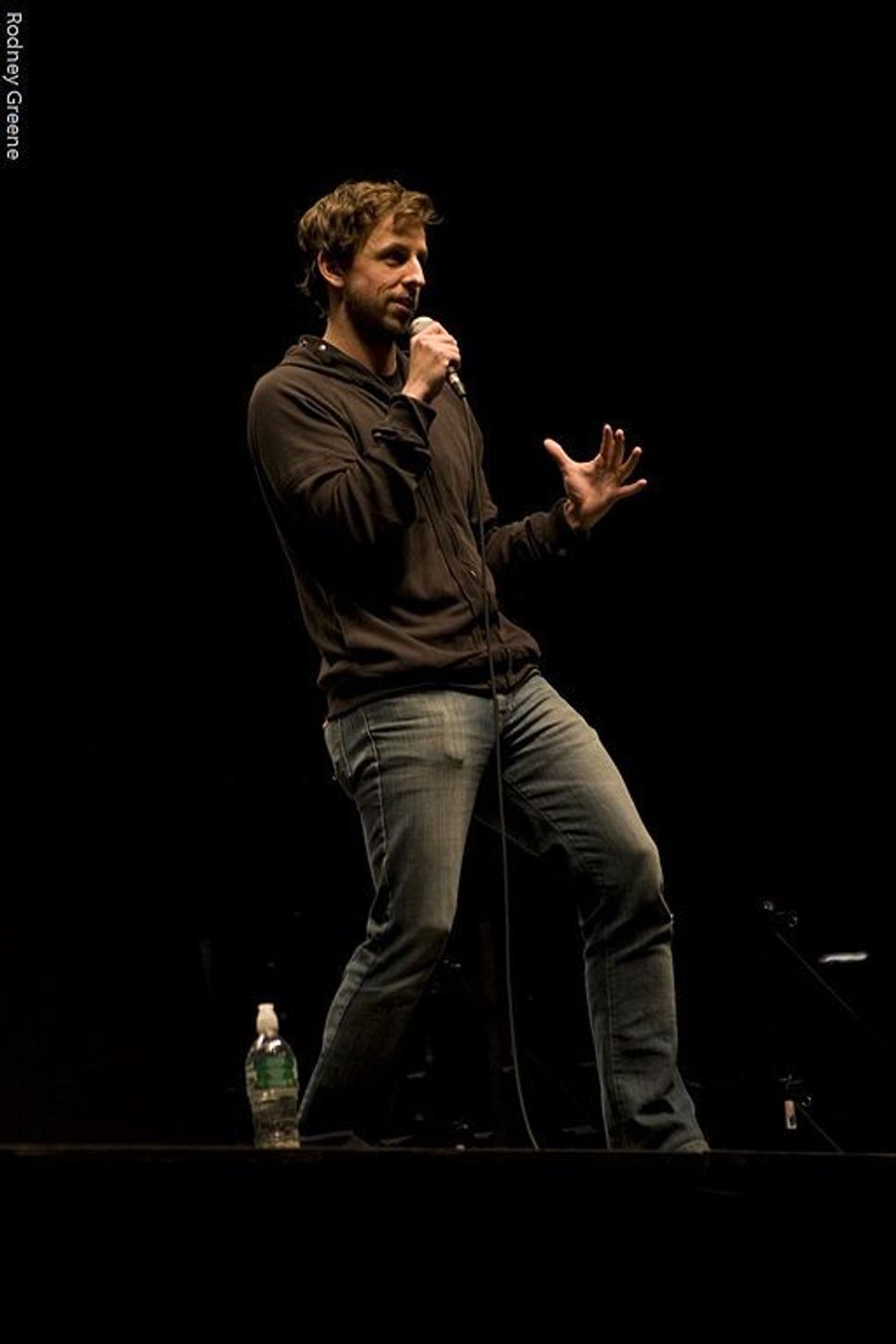 SNL’s Seth Meyers knows fashionable people take risks, so that’s just what he did as host of the Council of Fashion Designers of America Awards on Monday evening. The funny man’s risk taking fell into two categories — comedy and clothes modeling — and surprisingly, he did better in the latter.

A dig he made at former Dior designer John Galliano toward the beginning of his opening remarks reportedly fell a bit flat. “As a comedian, I have to say that this gig is a dream come true, because you know what they say about the world of high fashion: It’s just a bunch of easygoing, laid-back people who love to laugh at themselves. You could even say that fashion and comedy go together like bar mitzvahs and Galliano” he quipped. “No one in this room got where they were without taking a risk. I just took one, and I think we can all agree I shouldn’t have. That joke went so badly I’m going to get fired from Dior.”

Undeterred from the awkward laughter and cold stares from the audience following that joke, Meyers went on to poke fun at designer Marc Jacob’s choice of outfit for the Met Gala on May 7. Indeed, Jacobs attracted a lot of attention for wearing a black lace dress to the event. The lace was so sheer that his bright white boxer shorts were visible underneath. The (menswear) dress was by Comme des Garcons, but the underwear was by “Brooks Brothers, I think,” according to Jacobs.

Comedian that Meyers is, it wasn’t enough for him to just make fun of Jacob’s dress. Later during the awards ceremony, Meyers came out on stage wearing the very same garment. “This has great ventilation. My nipples have never been so freezing,” he declared. Reflecting further on the unusual get-up, he suggested that it is “a long way to go to prove you’re wearing a clean pair of underwear.”

People magazine is accustomed to showing photos of two celebs wearing the same dress and asking “Who wore it best?” This, however, may be the first time that the celebs in question are a couple of guys.