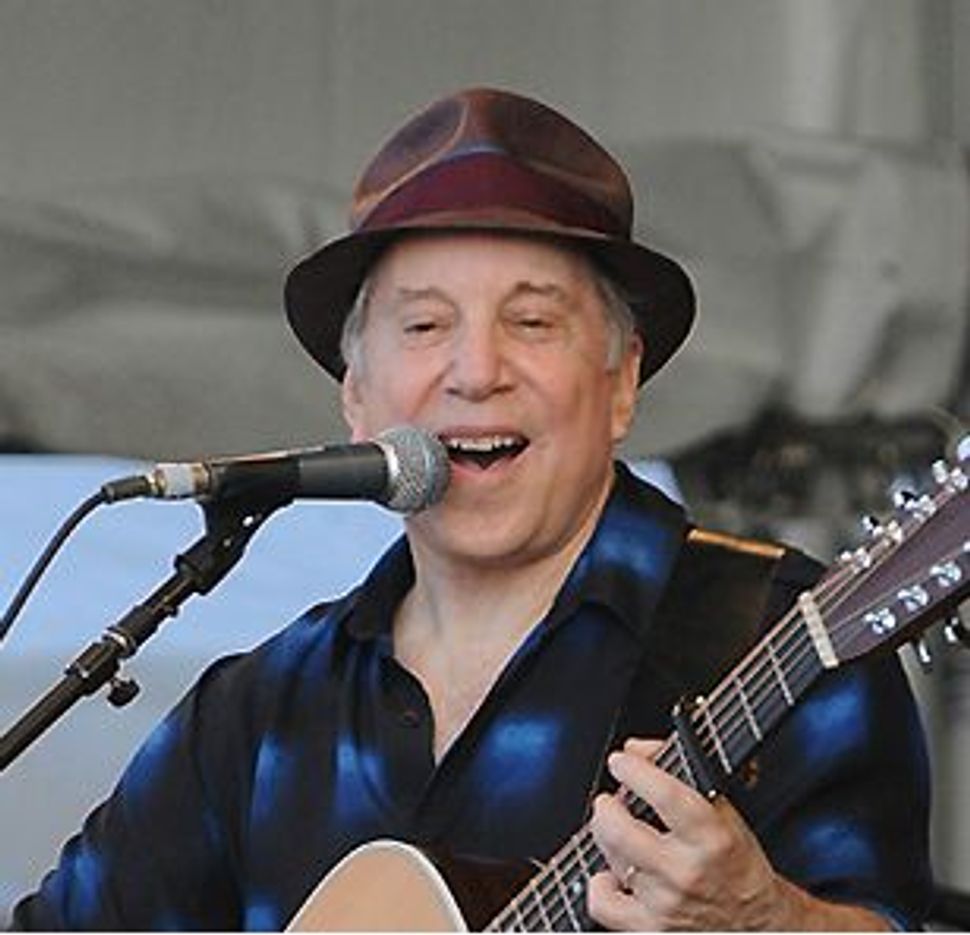 It’s conceivable that someone might mistake Paul Simon for the other Paul Simon. If you’ve been living under a rock for the past half-century, then you could possibly think someone was talking about the late politician Paul Simon, rather than about the Grammy award-winning singer-songwriter and one half of Simon & Garfunkel.

But apparently it’s not the bow tie and horn-rimmed glasses wearing non-Jewish senator that some people have confused with the 70-year old musician. Instead, it’s another Jewish singer of similar age that they have Paul Simon mixed up with. To the Shmooze’s ear, their music does not sound much alike, so we wonder if it’s the fact that each of them has been married three times that makes people confuse one with the other.

Yes, that’s right, Paul Simon has been mistaken for Neil Diamond. According to the New York Post, Simon shared this little bit of trivia at the premiere of “Under African Skies,” a documentary film by Joe Berlinger marking the 25th anniversary of the singer’s recording his “Graceland” album in South Africa. Speaking to the audience at the Ziegfeld Theater in New York, “Simon recalled visiting the home of a musician in Soweto when a Diamond special came on TV. The African musician’s grandmother pointed at the screen, then Simon, and exclaimed, ‘That’s you!’” the Post reported.

Paul Simon…Neil Diamond. We guess the names kind of rhyme. We’re used to telling the two singers apart, but it seems that for some people one aging Jewish singer-songwriter looks like the next, and it doesn’t matter that “Mrs. Robinson” sounds nothing like “Sweet Caroline.”