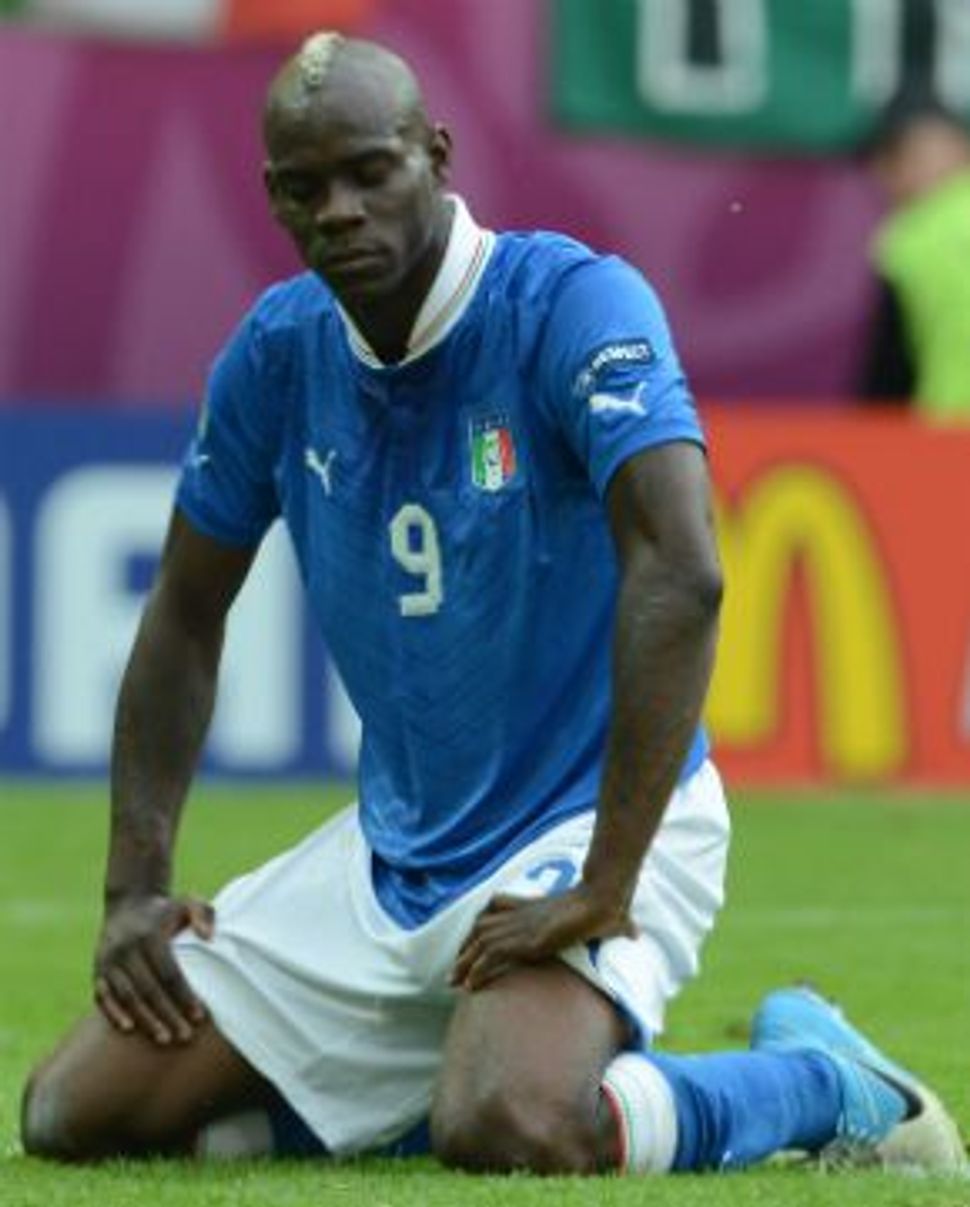 As many had feared, racism has reared its ugly head at Euro 2012. Italian football star Mario Balotelli was subjected to non-stop verbal abuse during the Italy-Spain match earlier this week at the Arena Gdansk in Poland.

The Mirror reported that 300 Spanish fans made monkey chants at Balotelli, and that the stewards (ushers) thought this was “funny.” A sports photographer who was on the scene said, “I was sat behind the goal with all the Spanish fans behind me and they were involved in monkey chanting and laughter and mockery whenever Balotelli was on the ball.”

According to another photographer, “It was disgusting. There is no excuse for it. I am pretty sure Balotelli knew what was going on and heard it as he was close to that section of the crowd when he was booked.” The same photographer said he heard derogatory chants in Spanish that included Balotelli’s name. “They were designed to put him off his game and they clearly worked — he had a terrible match. It was terrible for him and for me as well. He is a human being not a monkey,” yet another photographer told the Mirror.

Balotelli, 21, was born in Palermo and raised by a Jewish family in Italy. He plays professionally as a forward for Manchester City. Recently, he has been the target of online hate rants by Italian neo-Nazis saying that he should play for Israel and not be allowed to play for Italy.

The Union of European Football Associations, the organizer of Euro 2012, has announced that it will investigate allegations of racist chanting during the Spain-Italy match, as well as during a match between Russia and the Czech Republic. According to Reuters, no official complaints have been lodged with the UEFA by Italy regarding the verbal abuse of Balotelli. The UEFA issued a statement indicating “there are…no disciplinary proceedings opened at this moment in time.”