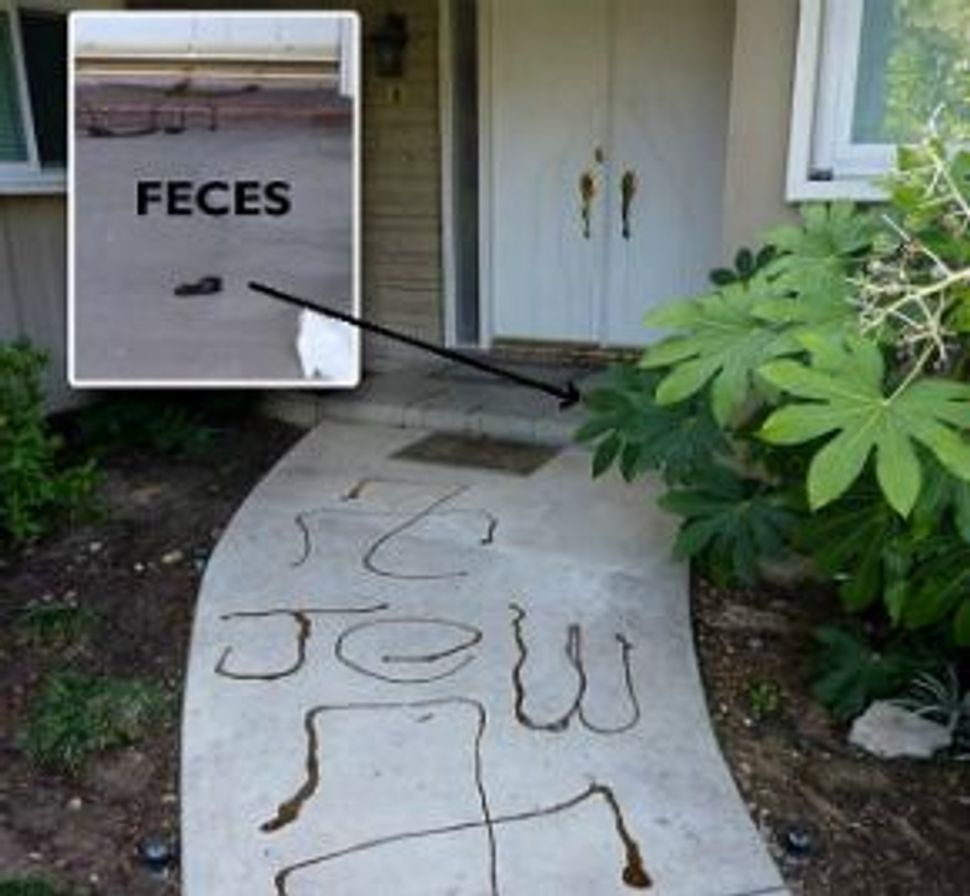 When Jon Lovitz tweeted his outrage over an anti-Semitic act of vandalism in Southern California this April, his ire was directed primarily at a group of teenage girls he called bullies. Lovitz’s friends, parents of a teenage daughter, found feces left on their doorstep and swastikas and the word “Jew” painted in maple syrup in the yard. They believed that perpetrators were classmates from their daughter’s school. A neighbor had caught the vandalism on a surveillance camera.

Now justice is being served — and it looks like this isn’t just a case of teenage bullying. Catherine Whelpley, a Southern California mom, is being charged with aiding in the crime. She allegedly drove her daughter and two other girls to and from the crime scene, as well as to a second home where they’re also accused of committing vandalism.

The teens are not charged with a hate crime because they did no permanent (physical) damage to the property. But Whelpley, 44, faces three counts of contributing to the delinquency of a minor, two counts of vandalism, two counts of trespassing and two counts of tampering with a vehicle.

Kudos to Los Angeles City Attorney Carmen Trutanich for being tough on the adult in this case. “The conduct alleged in this case is unacceptable in our society,” she told the Los Angeles Daily News. “The persons responsible for such conduct, including parents, will be held accountable for their actions.”

Stupid teenage pranks are one thing, but, as Rodgers and Hammerstein once wrote, you’ve got to be taught to hate and fear.