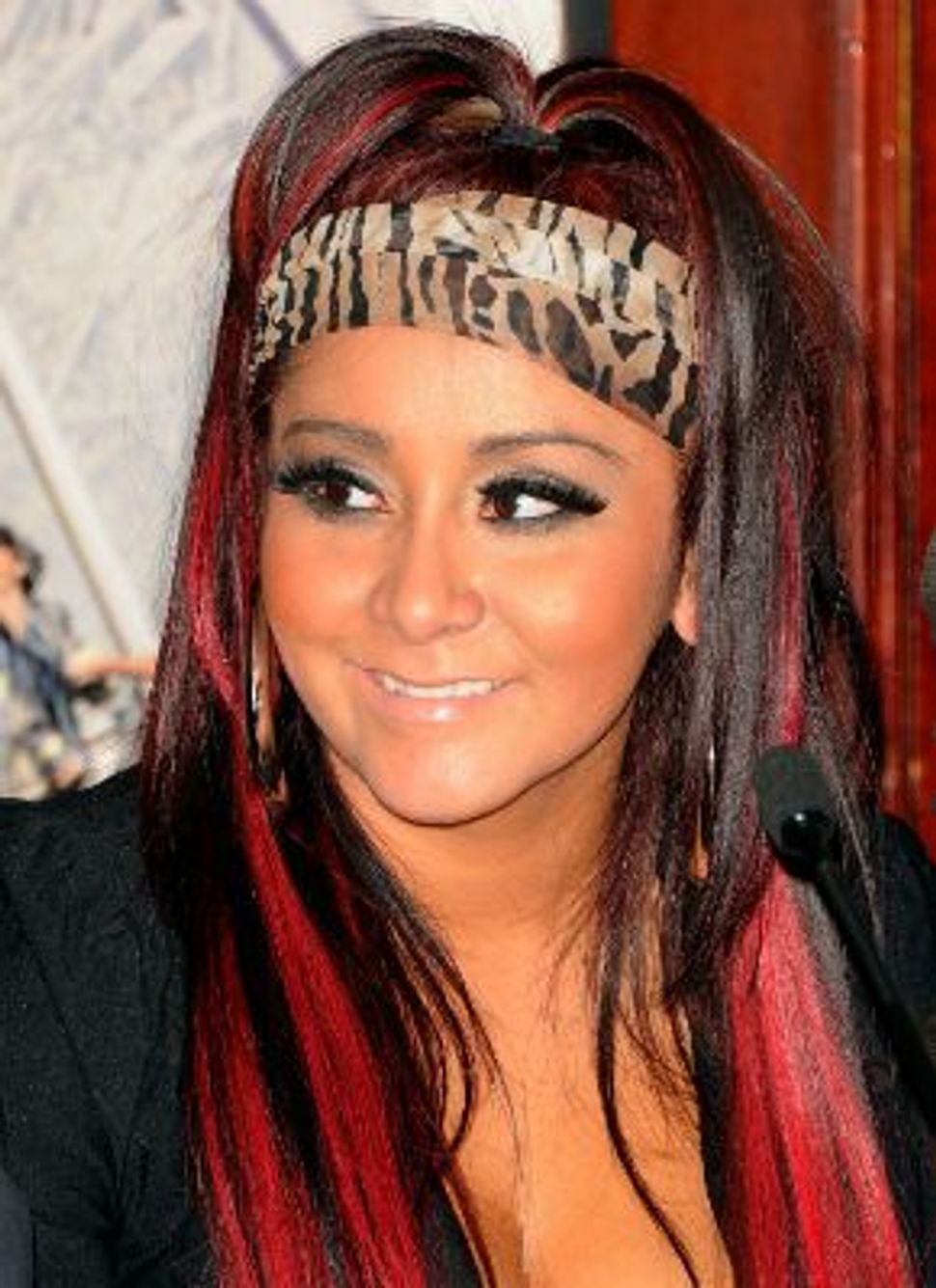 Someone needs to give Snooki (aka Nicole Polizzi) a short lesson on the difference between kosher and organic food.

The diminutive reality television star’s culinary confusion came to light in a clip from her new “Jersey Shore” spin-off “Snooki & JWoww,” in which she stars with her BFF Jenni “JWoww” Farley.

We see Snooki wake up one morning and decide that it’s time that she, a 24-year-old woman, should move out of her parents’ home. When she tells her mother of her intention to move in with Jenni, her mother expresses doubt that Snooki can handle all the requisite household chores. When it comes to groceries, her mother asks whether she and her friend will split the food bill down the middle.

“Is kosher the right word for Jenni?” Snooki asks. “I do know that’s the food that Jewish people eat,” replies her mom a bit sheepishly. Snooki then lets out a big laugh and exclaims, “No, Jenni’s not Jewish! Whoops.”

Then the show cuts away to an interview with Snooki sitting against a purple and black tiger stripe background. She comments, “I think kosher food is like organic, healthy food. But Jewish people eat organic food, too. So, I feel like it’s all the same.”

Yeah, whatever. Should we even bother trying to explain it to her?