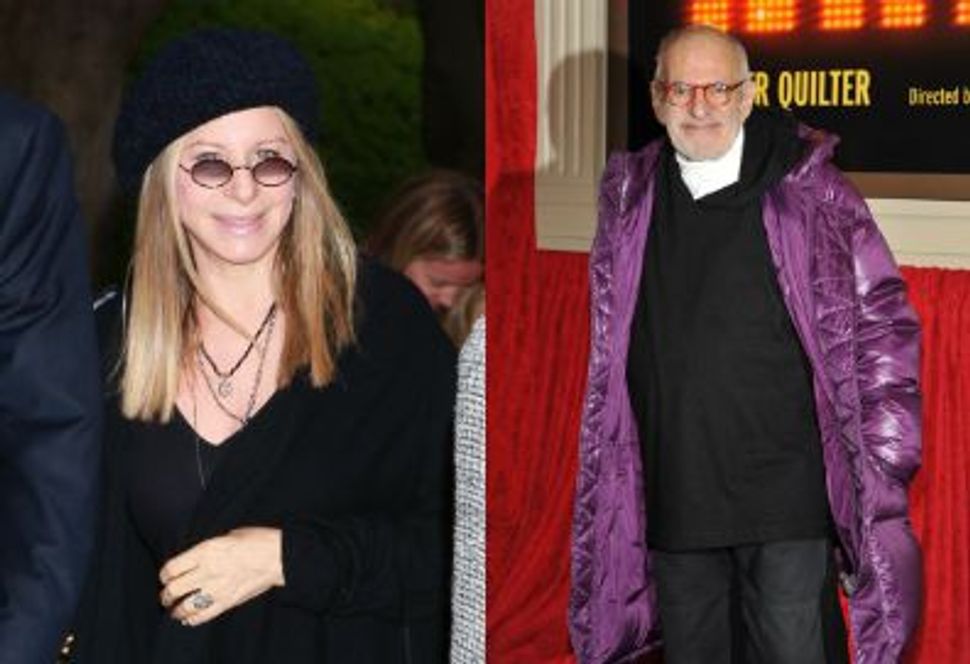 Larry Kramer — gay-rights pioneer, AIDS agitator, and all-around provocateur — might be the only person with the chutzpah to challenge Barbra Streisand. But as he just learned, La Streisand knows how to hit back.

The Los Angeles Times reports that a decades-old spat between Streisand and Kramer over failed attempts to film his 1985 autobiographical play “The Normal Heart” is back on — this time on the director/actress’ website.

It all started when the New York Post leaked an e-mail Kramer sent to Streisand, taking her to task for walking away from the project.

“When your options lapsed, I said you could buy it for a million dollars and do whatever you wanted with it … You kept telling me I wanted too much money. I kept telling you this is my only asset to sell and live on for the rest of my life. (AIDS activists don’t make much money.) You couldn’t tell me what you didn’t like about my screenplays. (God knows I wrote enough drafts for you),” Kramer kvetched. “I feel totally blessed that Ryan Murphy has come into my life to take your place.” Murphy, the creator of TV’s smash-hit Glee, picked up the option on The Normal Heart last year, the Post reported.

Streisand’s response, as posted to her own web site yesterday:

I think it’s unfair to keep blaming me for the movie not getting made. I worked on it for 25 years, without pay. Larry had the rights for the last 15 years and he couldn’t get it made either. Those are the facts, and none of this is news to Larry. More recently, he sent me a note before giving the project to another director, asking me again if I wanted to direct it – but only with his screenplay. As a filmmaker, I couldn’t have my hands tied like that. What if I needed changes? Sadly, I turned his offer down and wished him well.

For his cinematic treatment of the Tony Award-winning play, Murphy has lined up a cast that includes Julia Roberts, Mark Ruffalo, Alec Baldwin and Jim Parsons, the Post reports. Kramer at least must be kvelling over that.