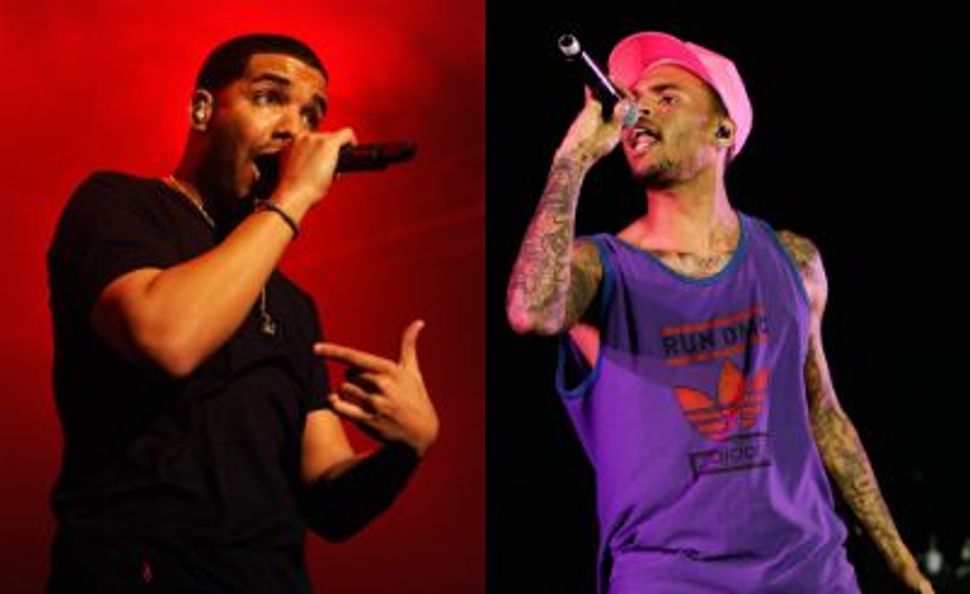 Usually it’s the other way around: First rap artists hurl insults at their opponents, and then they throw punches. But after the fracas at a SoHo club in early June and the subsequent police investigation, rumor mill churning, and various attempts to capitalize on the biggest Billboard star fist fight of the summer, Chris Brown is hitting back, at least lyrically. Brown jumps in for a verse on a remix of Chief Keef’s “I Don’t Like” to list all of his least favorite things about Drake. Specifically, his generous brow: “Them eyebrows?/Man that sh-t’s yikes.”

Brown’s dis includes a direct reference to the club fight, though not one that seems particularly accurate: “They throwin’ bottles/I’m throwin’ models.” Whatever the case, the rap community is waiting with bated breath for Drake’s next move. But some, like Tyga, a rapper on Lil Wayne’s Young Money label, viewed the whole thing as childish. He offered some advice to Drake and Brown at the carpet of the 2012 BET awards: “At the end of the day, they got to handle that like men.”