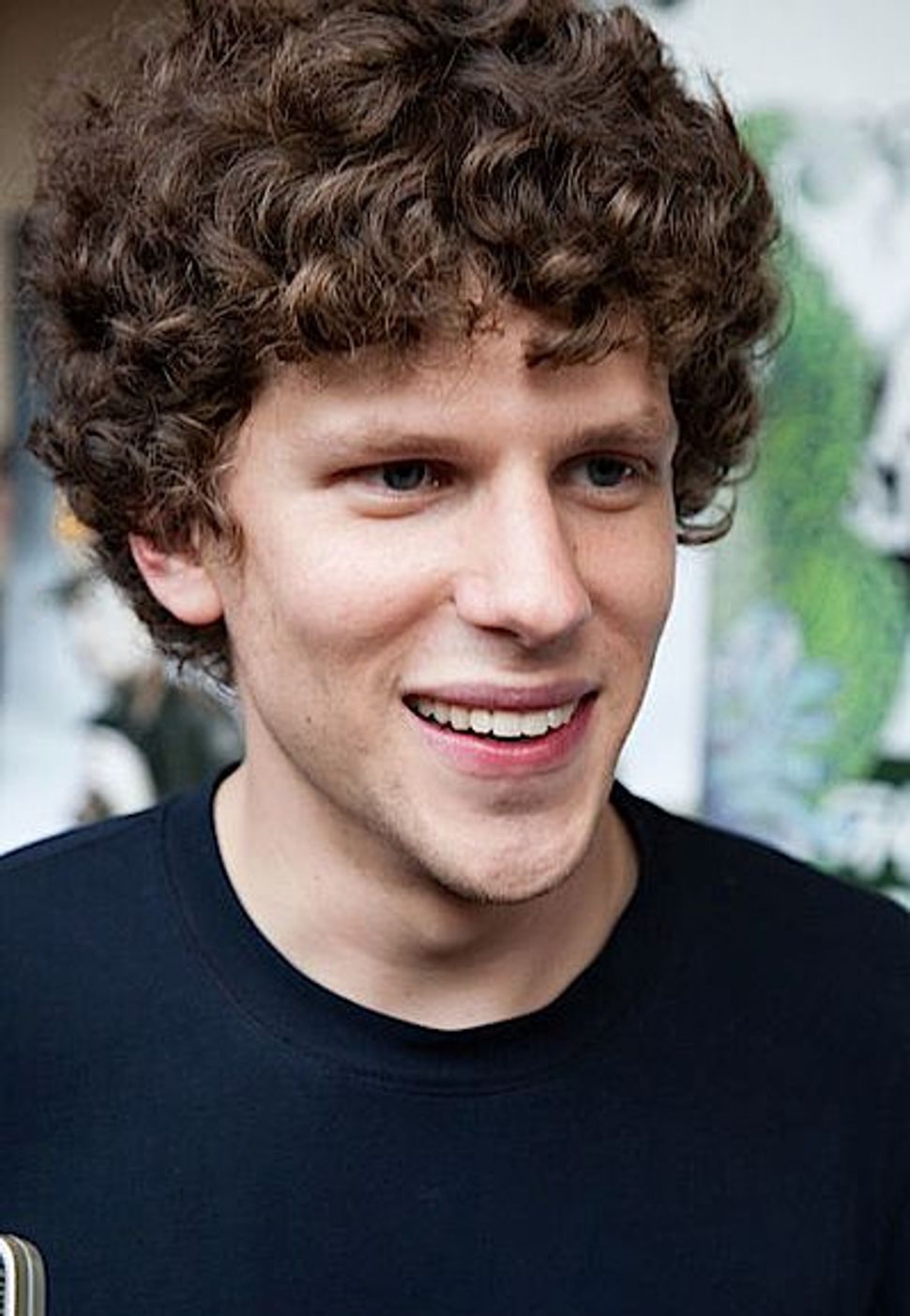 The 28-year-old, best known for his performance as Facebook’s Mark Zuckerberg in “The Social Network” and his current starring role in Woody Allen’s “To Rome With Love” is of Polish heritage, though he’s a Queens native and grew up in New Jersey. Nevertheless, he’s also a relatively new bar mitzvah, having undergone a 10-minute ceremony in 2010 as preparation for his part in “Holy Rollers,” which told the story of Hasidic drug mules.

With that rite of passage out of the way, he’s ready to give focus to his burgeoning role as a playwright, even when it means acting the underdog: “I also like writing about people who feel outcast because it’s an interesting topic to examine on stage. Feeling outcast is a deeply personal experience and to explore it in a public setting like a theatre is inherently dramatic and relatable,” Eisenberg said in a February interview with Rebel Magazine. “The Revisionist” is set to begin performances at the Cherry Lane Theater on February 6, with Kip Fagan directing.