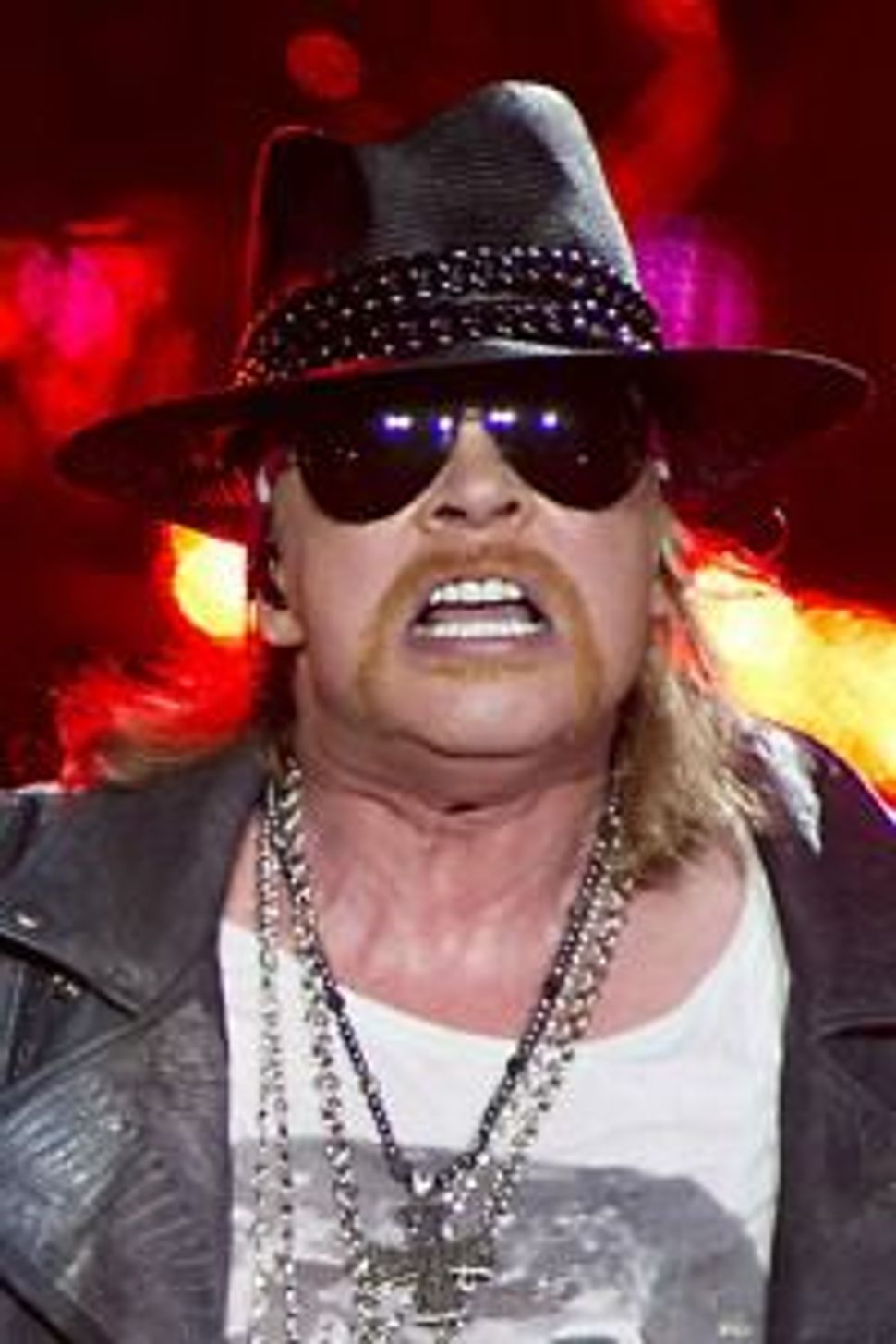 Axl Rose and his newest iteration of Guns n’ Roses brought down the house in Tel Aviv when lead guitarist Ronald Jay Blumenthal, better known by his alias Ron “Bumblefoot” Thal, did an abbreviated solo version of “Hatikvah.”

Blumenthal, who adapted his stage title from a colorfully named bacterial infection, had performed the national Israeli anthem before in 2011 alongside Salem, a pioneering Israeli Death Metal band.

A Jewish American, he has roots in Lithuania and Poland.

Perhaps, as the Forward has previously suggested, “Hatikvah” could be on its way to becoming a more inclusive national anthem — one that includes everyone. Even metalheads.

Watch Blumenthal’s Version of the Anthem: