Praying to Keep Haredim Out of the IDF 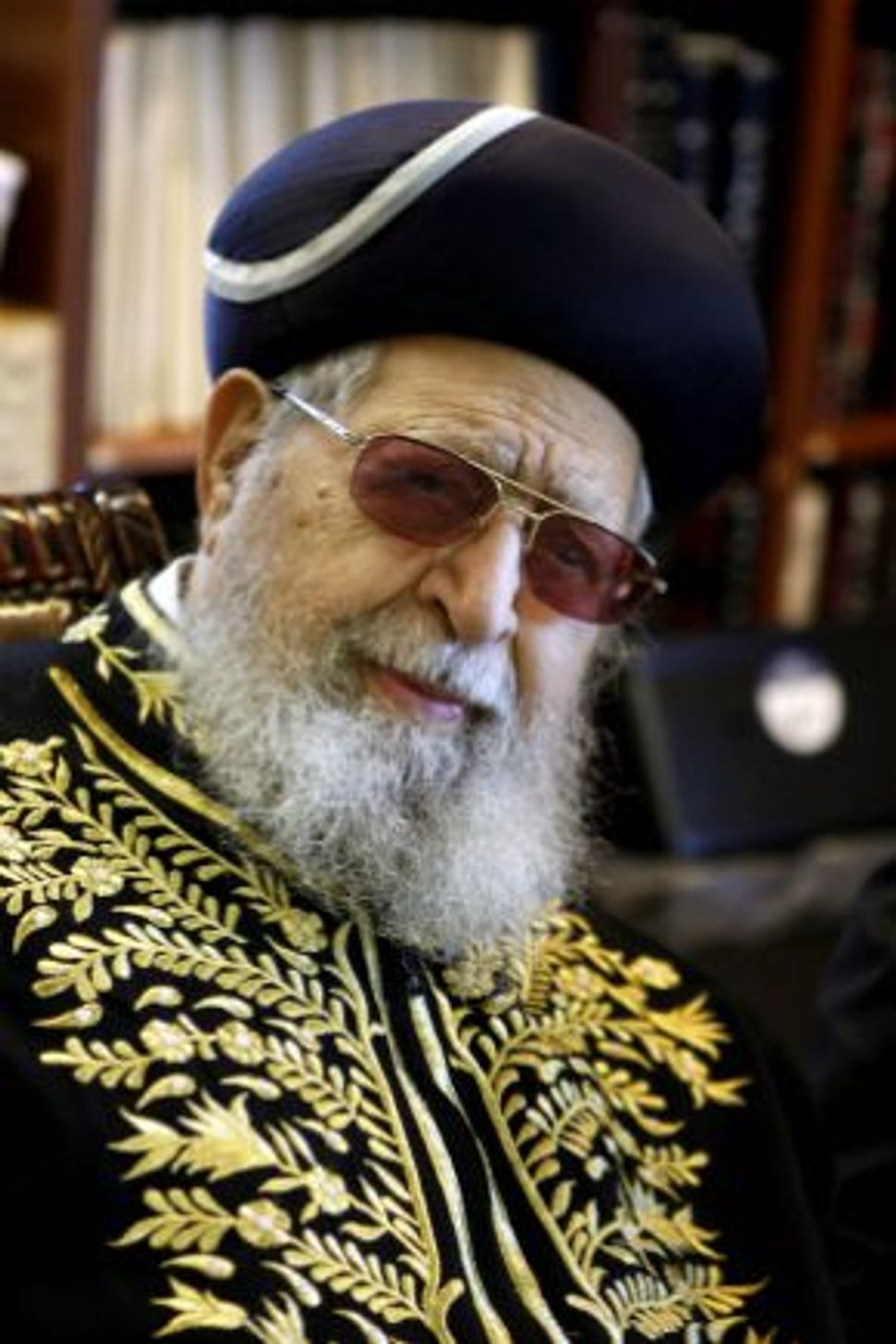 Two weeks ago the Shmooze was a bit bamboozled by the complete loss of any sense of proportion by Israel’s Sephardi Chief Rabbi. Now, rabbinic melodrama seems to be spreading.

Chief Rabbi Shlomo Amar claimed that people should pray against plans to give state salaries to Reform rabbis just like they pray when “rockets are fired at Israel,” and on Saturday one of his predecessors Ovadia Yosef, spiritual leader of the Shas political party, called for synagogues everywhere to ask God during prayers to derail plans to draft Haredim to the army in Israel. In fulfillment of a Supreme Court decision the government plans to end the military exemption for Haredim.

But Yosef didn’t just ask synagogues to think of the draft plans in Israel during normal prayers, he asked them to add to their services avinu malkeinu, one of the most emotive prayers in the Jewish liturgy, which is normally reserved for the High Holy Days and fast days. It consists of various please to “Our Father Our King,” It includes the request: “Our father, our King, tear away the evil sentence.” He made his request during a sermon, in which he said: “It is a time of distress for [the people of Israel] but we shall be saved.”

If non-Haredim disapprove of his call to prayer on this highly political issue it’s nothing compared to the dismay that his sermon is likely to cause among young Haredim. Yosef also called for the cancellation of the summer vacation from yeshivot, which is due to start in three weeks, because he hopes that the extra studying resulting from students staying put will help to sway God to frustrate the government’s draft plan.

Praying to Keep Haredim Out of the IDF