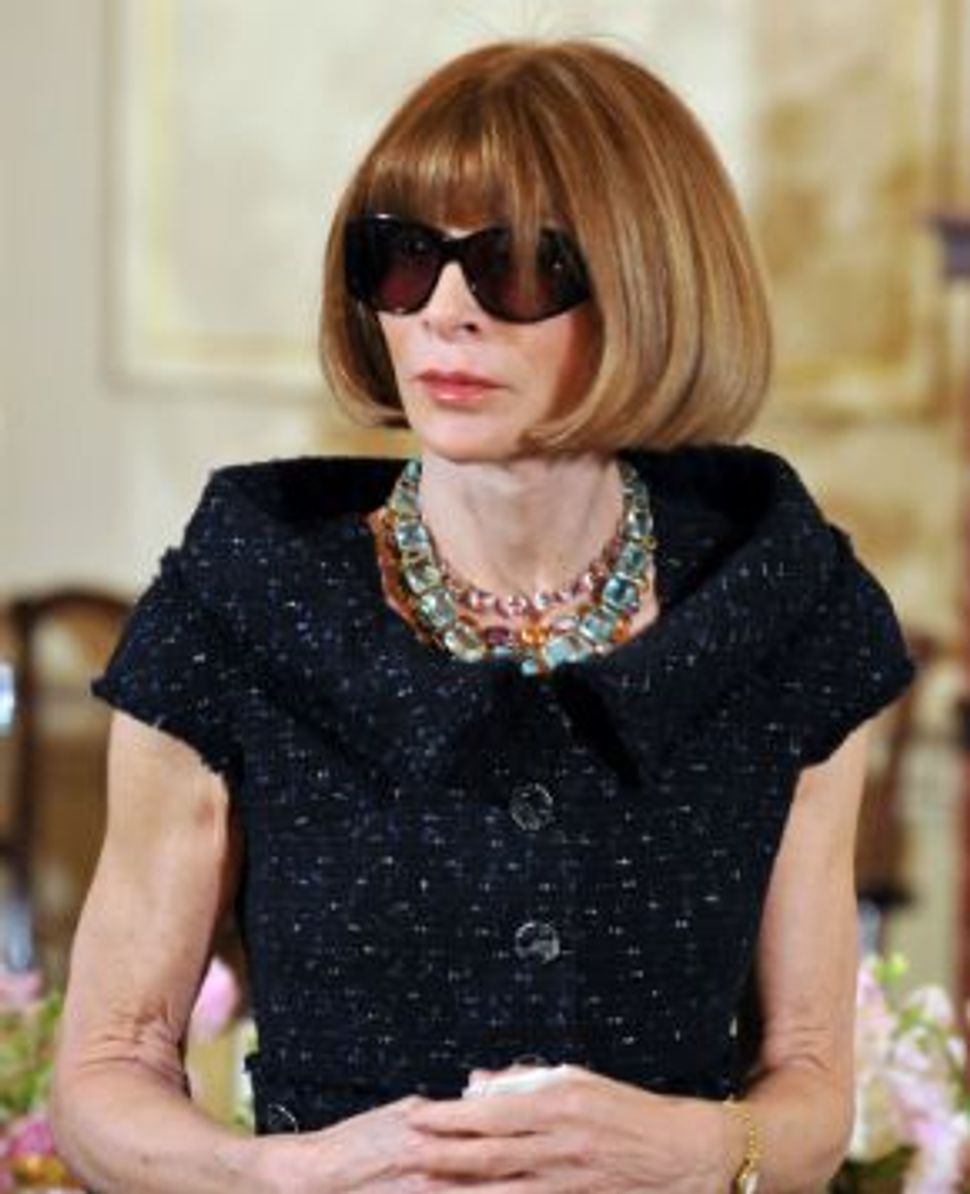 All eyes were on Raf Simons last week as the successor to disgraced designer John Galliano sent his debut collection for Dior down the runway for Paris’ fashion week.

So maybe Vogue editrix Anna Wintour thought nobody would notice when she hunkered down for lunch with Galliano at L’Espadon, the restaurant at Paris’ Ritz hotel last week.

As the Forward has reported, Galliano was found guilty by a French court last fall of “insult on the basis of race, ethnicity, religion” after a now-famous anti-Semitic outburst at a Paris bar. He has made few public appearances since the verdict.

“Galliano’s” identity has not been confirmed by either party. But an Instagram user named albergkcpang, who posted pics of the dining duo, told New York magazine’s The Cut blog he was “100% positive” the guy was, in fact, the discharged Dior designer, and media worldwide have picked up on the story.

Galliano “arrived alone and took a seat outdoor[s] where I was, and ordered a drink (not sure what drink, [I] couldn’t see it [be]cause I was two tables away). The picture with a few people was someone from the table who knew Galliano, and they said hi. Then about 10 or 15 minutes later Anna Wintour came and she seemed very excited, with hurried steps to Galliano. If I remember correctly, they hugged. But I couldn’t hear a thing. Then they moved indoors for dinner,” according to The Cut.

“If it is in fact Galiano in the pictures,” asked the UK Telegraph, “could it mean he and Wintour are colluding on his comeback?

In the meantime, the blogosphere is already ablaze with catty commentary about the meeting. An Italian illustrator named Alexsandro Palombo posted a cartoon image of Wintour, middle finger aloft, wearing a Nazi officer’s cap under a swastika-emblazoned “Vogue” logo.